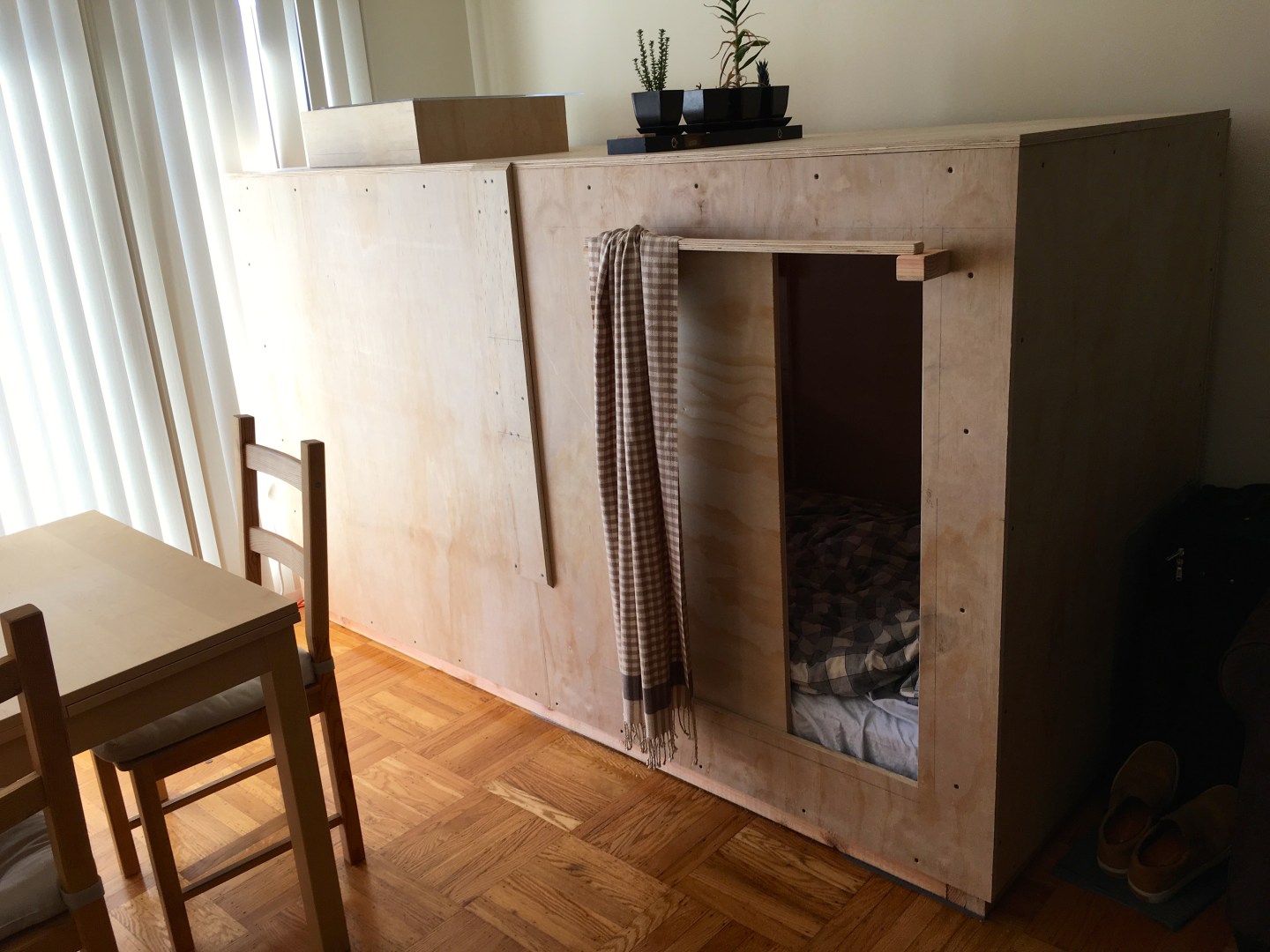 Around a month after a designer’s custom-made wooden box became a viral referendum on sky-high San Francisco rental rates, the city has reportedly clamped down.

Peter Berkowitz built a 32-square-foot pod for $1,300 because he refused to pay the city’s high rental costs, preferring to fork out $400 a month to live inside the box in his friend’s apartment. He soon received calls from other residents wanting a similar living arrangement to escape the real estate madness and announced on Hoodline he would be selling custom pods.

Those plans will have to be put on hold, as the city’s Department of Building Inspection has deemed those pods illegal and a violation of housing, building, and fire safety codes.

“He would have to completely open it up or look at something different, such as a bed with a frame, with curtains, something that was open to the room. This would be the case for anywhere in the country with respect to building and inhabitability codes,” chief housing inspector Rosemary Bosque told Hoodline.

Bosque spoke to Berkowitz recently on ways to make the pod legal. However, the department is especially concerned with the safety of the pods. “It’s not just a matter of high rents and a matter of how people are coping with rents in San Francisco; there are fire safety realities,” said the department’s legislative and public affairs manager William Strawn.

Berkowitz will now have to find a way to negotiate through the city’s rising property prices. Median rent prices have gone past the $4,400 per month-mark, and only 11% of residents can afford the city’s median home price. This has led to a range of examples showcasing the problem, from a $350,000 wooden shack to a billboard advertising homes “from the low $1,000,000s.”