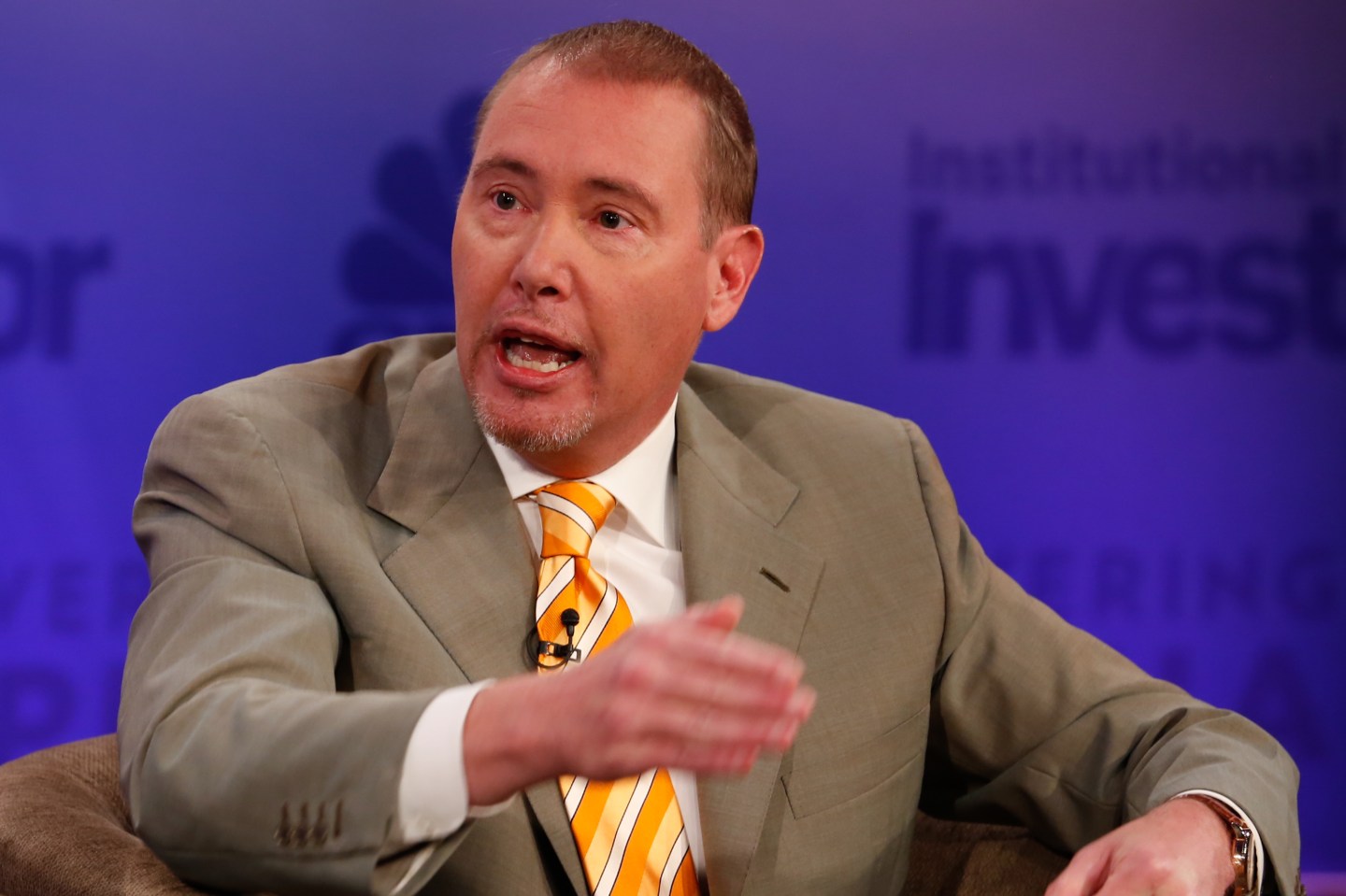 Jeffrey Gundlach, the widely followed investor who runs DoubleLine Capital, said on a webcast on Tuesday that the Federal Reserve’s rate hike cycle “increasingly likely” looks like a one and done scenario this year.

Gundlach, who oversees $95 billion for Los Angeles-based DoubleLine, said the Fed should be cautious with raising rates because of the “gentle downward” trajectory in nominal gross domestic product.

The U.S. economy is growing at a pace below 1% in the first quarter, according to the Atlanta Federal Reserve’s GDPNow forecast model.

Already, Federal Reserve chair Janet Yellen has been “talking conservatively” about interest rates because it is an election year in the United States, Gundlach said.

Gundlach said the Standard & Poor’s 500 index will struggle and trade “sideways” because earnings continue to be persistently downgraded.

Last year, Gundlach correctly predicted that oil prices would plunge, junk bonds would live up to their name and China’s slowing economy would pressure emerging markets. In 2014, Gundlach correctly forecast U.S. Treasury yields would fall, not rise as many others had expected.

Gundlach said he is still avoiding junk bonds. “The easy money has been made,” Gundlach said. He said the high-yield downgrades resemble the cycle in 1998 and 2007-2008.