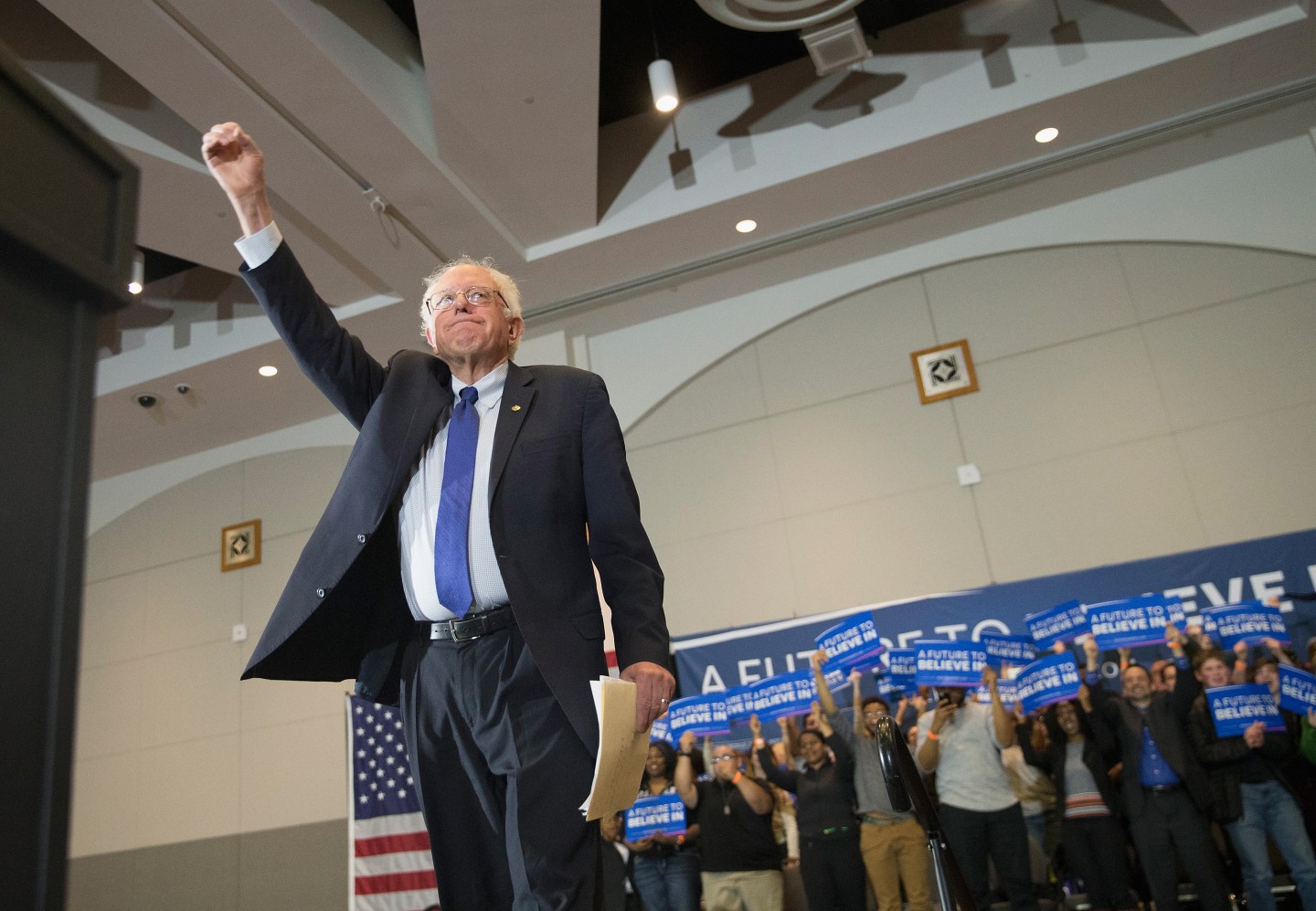 In case you’ve been hiding under a rock, Bernie Sanders is letting the voters know once again that he is not a fan of investment banks, especially Goldman Sachs (GS).

In a press release this week, the insurgent candidate for the Democratic presidential nomination is criticizing the $5 billion settlement Goldman reached with the Justice Department this week related to the 2008 financial crisis.

“Goldman Sachs is one of the major financial institutions in our country. What they have just acknowledged to the whole world is that their system…is based on fraud,” Sanders said in a speech to supporters.

This issue will likely be front and center when Sanders debates Hillary Clinton on Thursday, ahead of New York’s primary on April 19.