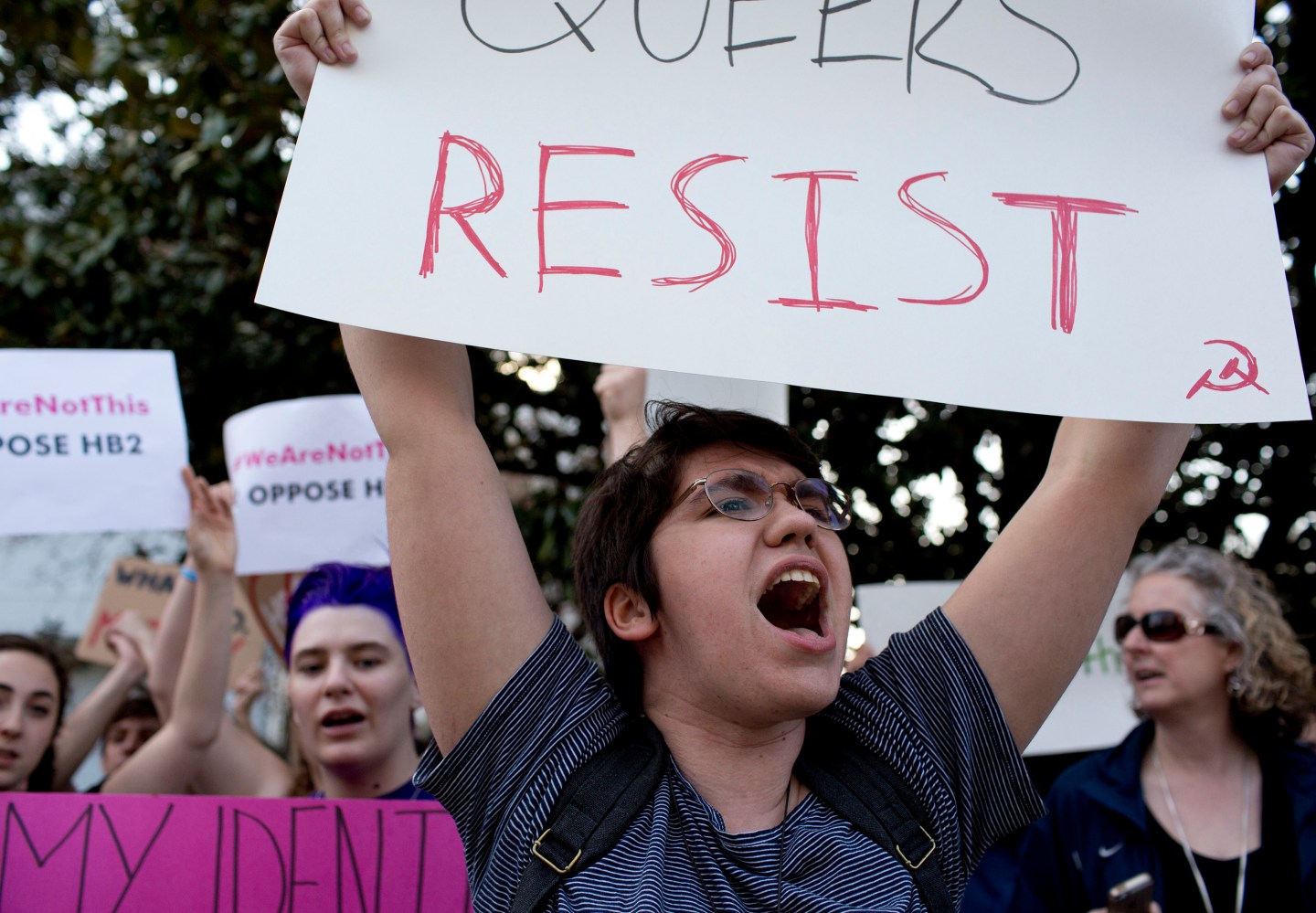 Pat McCrory, the Republican Governor of North Carolina, issued an executive order Tuesday reversing part of the controversial “religious liberty” law enacted in the state earlier this month. But Gov. McCrory left the part pertaining to which bathrooms transgender people are allowed to use, the part of the law that has taken the most flack from LGBT activists.

What the executive order does is add sexual orientation and gender identity to the list of protected classes for jobs with the state of North Carolina. McCrory is also seeking legislation allowing people in the state to sue if they believe they we fired for discriminatory reasons.

The full text of the executive order can be seen here.

McCrory has been caught in a political storm since he signed the bill, as companies like PayPal (PYPL) have said they’d stop doing business with the state and rocker Bruce Springsteen cancelled his show in the Tar Heel State.

The fact that McCrory left the bathroom section of the bill untouched, though will likely leave activists and others still angry with the state. In a post on Medium explaining his action, McCrory said this part of the bill was a correct response to a bill passed in the city of Charlotte earlier this year, which mandates that trans people be able to use the bathroom of the gender they identify with; the governor said this law was a “solution in search of a problem.”