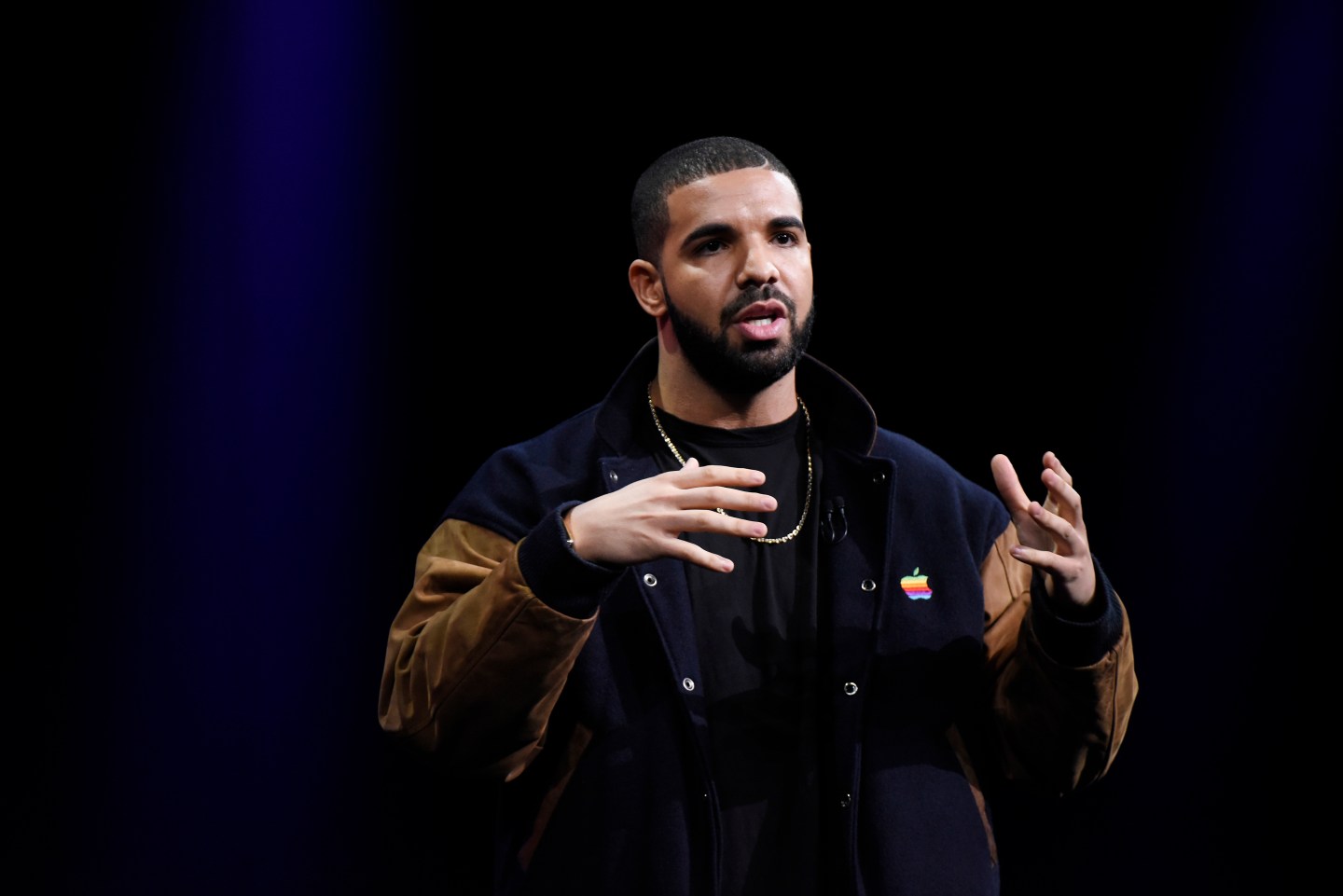 Spotify is breathing a sigh of relief on Tuesday.

The highly-anticipated new album from recording artist Drake won’t be an Apple Music exclusive for long. The album, Views From the 6, will be available exclusively on Apple Music for just one week. After that, expect to see it on competing streaming services, including Spotify and Jay-Z-owned Tidal.

Questions arose over Drake’s plans for Views From the 6 after he took to his Twitter (TWTR) account on Sunday, writing that the album would only be available on Apple Music. While he subsequently removed the tweet, it was indeed true that Apple Music would get its hands on the album.

However, the revelation on Tuesday suggests that Apple Music is solely getting first dibs on the tracks—not exclusive rights for an indefinite period.

Exactly why Drake has decided to offer his album on Apple Music first is unknown. However, it was reported last year that he signed a $19 million contract with Apple (AAPL) to help the tech giant promote its streaming service. During the Worldwide Developers Conference last year, Drake was brought on stage to talk about Apple Music and why it would appeal to music lovers. He has since touted the service on Apple Music’s live-streaming shows. Apple has returned the favor, featuring one of his songs, “Jumpman,” in a viral video starring Taylor Swift.

It’s unknown whether the contract with Apple stipulated early access to Drake’s album, but given how cozy the two parties are—and Apple’s apparent understanding that Drake’s appeal could translate to more Apple Music subscribers—it’s not beyond the realm of possibility.

It was reported at the time that West’s initial exclusivity was in part due to his desire to work on The Life of Pablo a bit more before it hit Apple Music and Spotify, as well as some concern from his record label that West wouldn’t generate the same kind of revenue on the album by only offering it on Tidal.

Drake’s representatives did not respond to a request for comment on why Apple Music is getting first dibs on his album.

Regardless, expect to see it hit Apple Music on April 29 and other streaming services in early May.