Petitioners Call For Amazon and Google to Dump Trump 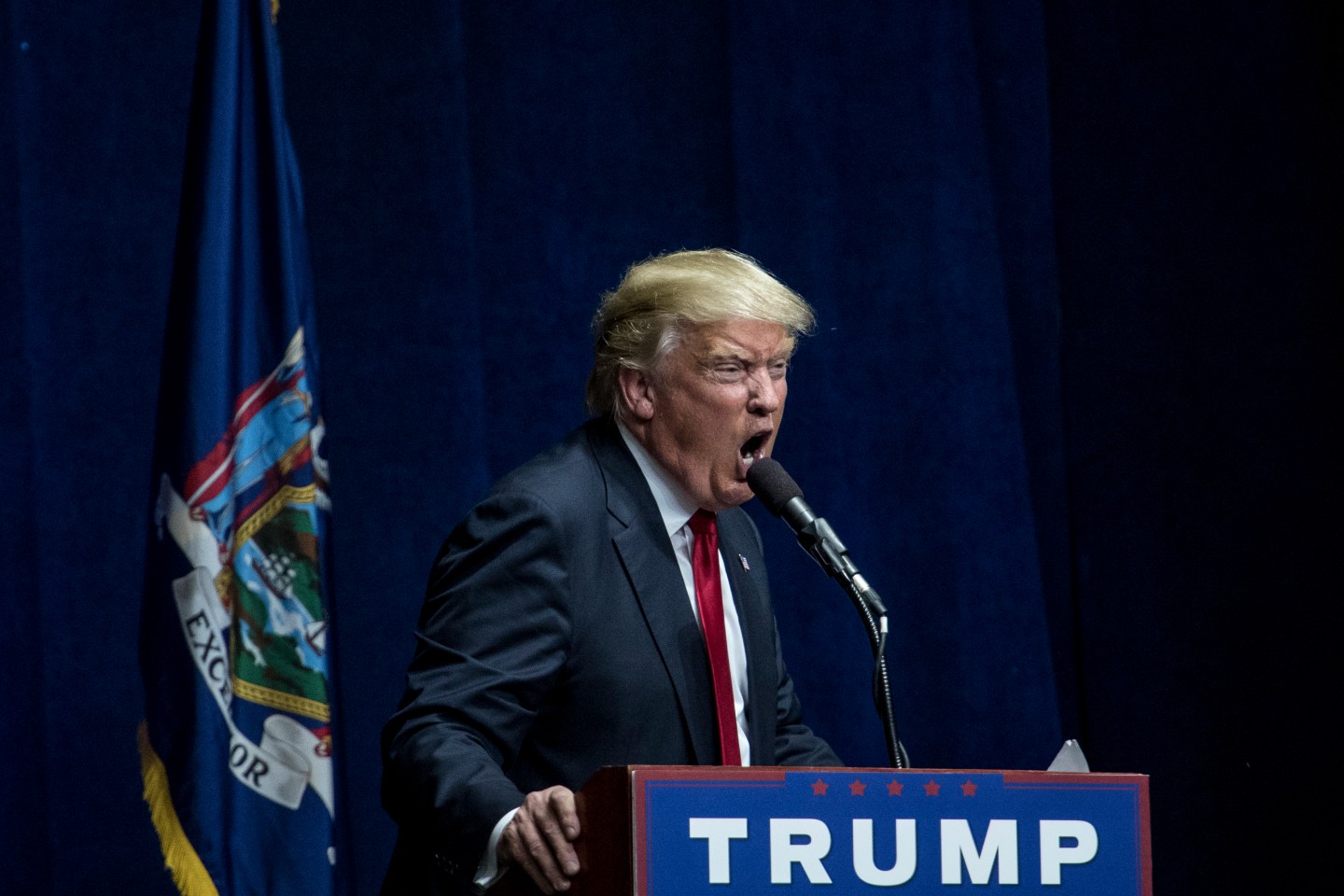 The group has created two petitions on its website asking that e-commerce giant Amazon (AMZN) and tech titan Google (GOOG), two Fortune 500 companies, sever their ties with Republican frontrunner Donald Trump. Each petition talks about Trump’s racist and sexist behavior, saying that it’s time for the companies to dissociate themselves from him.

The petition directed at Amazon asks that it stop selling Trump-branded menswear products, of which there are currently eight on the retail website. “The company has responded to our pressure before over the selling of sexist products,” the petition states. “It needs to follow suit when it comes to Trump products.” Amazon has previously banned certain products based on its political stance. Last year it stopped selling confederate flags following a shooting at a South Carolina church. CNN reports that the petition has been signed by upwards of 13,000 Amazon customers.

The second petition, addressing Google, asks the company not to sponsor the Republican National Convention. Coca Cola has already backed down from its sponsorship, and petitioners are calling for Google to do the same. “Google can’t have it both ways,” the petition reads. “Either it’s a socially responsible company or it’s a company that sponsors a Trump-led convention.”