Meet the Entrepreneurs Who Wowed Prince William and Kate Middleton 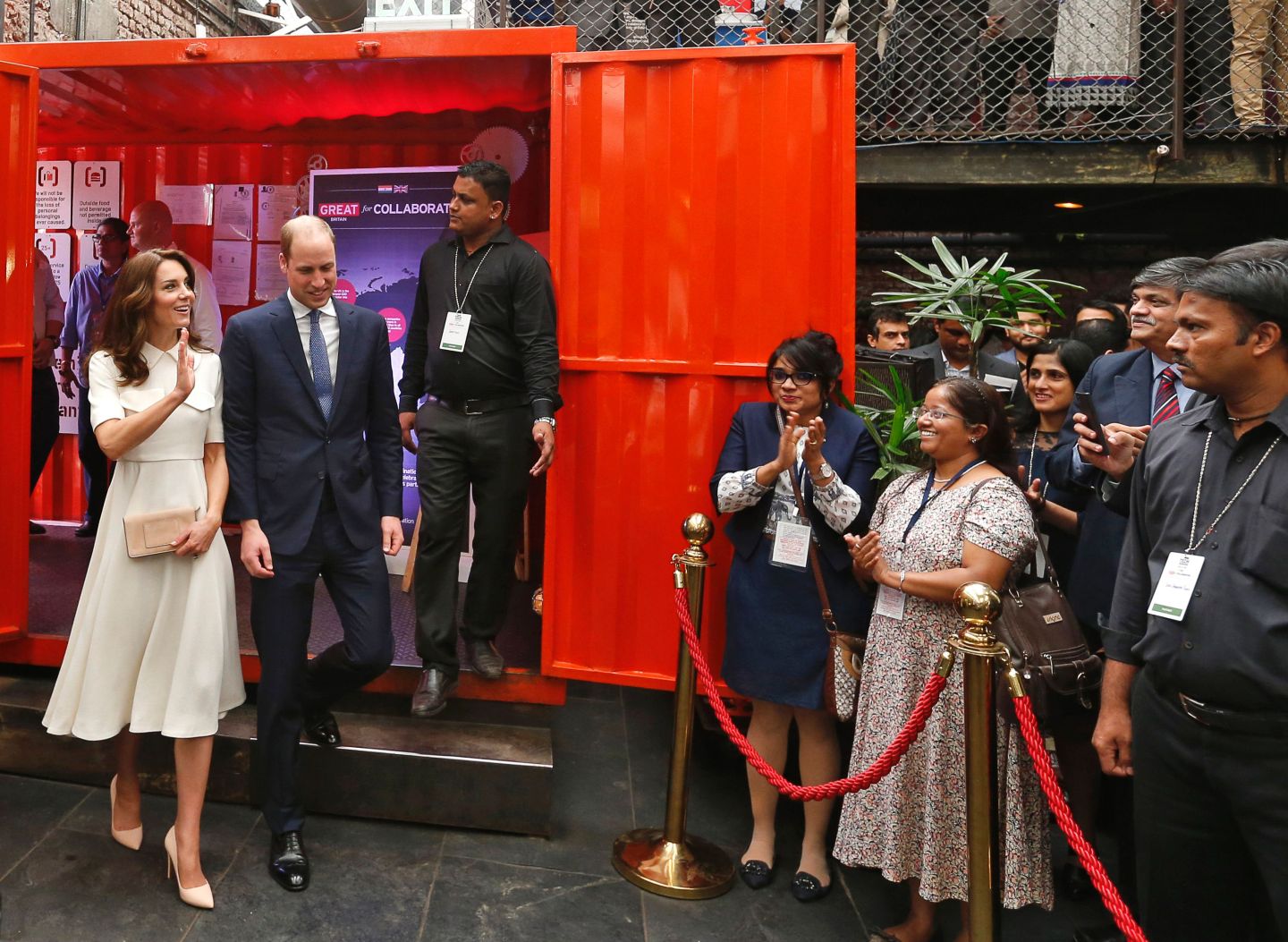 At a tech event on Monday in India, several top entrepreneurs got a once-in-a-lifetime opportunity to pitch their startup concepts to two unlikely judges: The Duke and Duchess of Cambridge.

On the second day of their India tour, Prince William and Princess Kate met with some of the brightest minds in innovation at The Social, a collaborative workspace for young entrepreneurs.

The royals reportedly tested out a dosa-making machine, a new Braille device, and a racing car simulator. At the end of their visit to the tech event, the couple kicked off the third annual Tech Rocketship Awards. Winners are eligible to go on a week-long business trip to the UK where they will meet with venture capitalists and fellow entrepreneurs, according to the British High Commission New Delhi.

Here are the entrepreneurs who met Their Royal Highnesses on Monday:

Prince William poured batter onto “a dosamatic machine” hot plate that makes pancakes, crepes, dosas and omelettes in just one minute. The invention is the brainchild of 24-year-old innovator founder and CEO of Mukunda Foods, Eshwar Vikas. The machine allows users to control the thickness, size and type of the dosa. After the Duke of Cambridge took a bite, Vikas reportedly told the media, “The Duke told me he and the Duchess love dosas and he said it was a wonderful machine. He said they would love to have one in their palace and the Duchess said that because you can also use it to make pancakes the whole of London will want one.”

Though it’s unclear which members of the Mahindra Racing team attended the tech event, it looks like Prince William had a great time trying out their racing car simulator. Mahindra Racing is the company behind the motor racing team that competes in the Formula E championship for F1-style electric cars. According to People, William managed a lap time of 2 minutes and 6 seconds in the car simulator. Isaias Sousa Valero of Mahindra racing reportedly said, “It’s a good lap time. He is a really nice driver and he could come and drive for us anytime with a bit more training.”

Blindfolded, the Duke and Duchess spelled out son George’s name using an innovative Braille learning machine. The machine, which only costs about $150 to make, aims to improve literacy rates among the visually impaired in India. Computer science students Dawle and Aman Srivastava designed this affordable Braille “dicta-teacher” by attaching a box with six pegs to a Raspberry Pi. The pegs move up or down as words come through the machine’s headphone jack.

Chris Sheldrick worked in the music business for 10 years booking bands and managing production. During his time in the business, he became increasingly frustrated with band members who couldn’t find their way to gigs and suppliers who were unable to locate the right site entrance. So Sheldrick decided to solve this problem by starting what3words, a company that provides a new method of mapping that divides the world into square grids and tags them with simple English words. The company has raised £3.5 million, or about $5 million, in venture capital, according to Forbes.