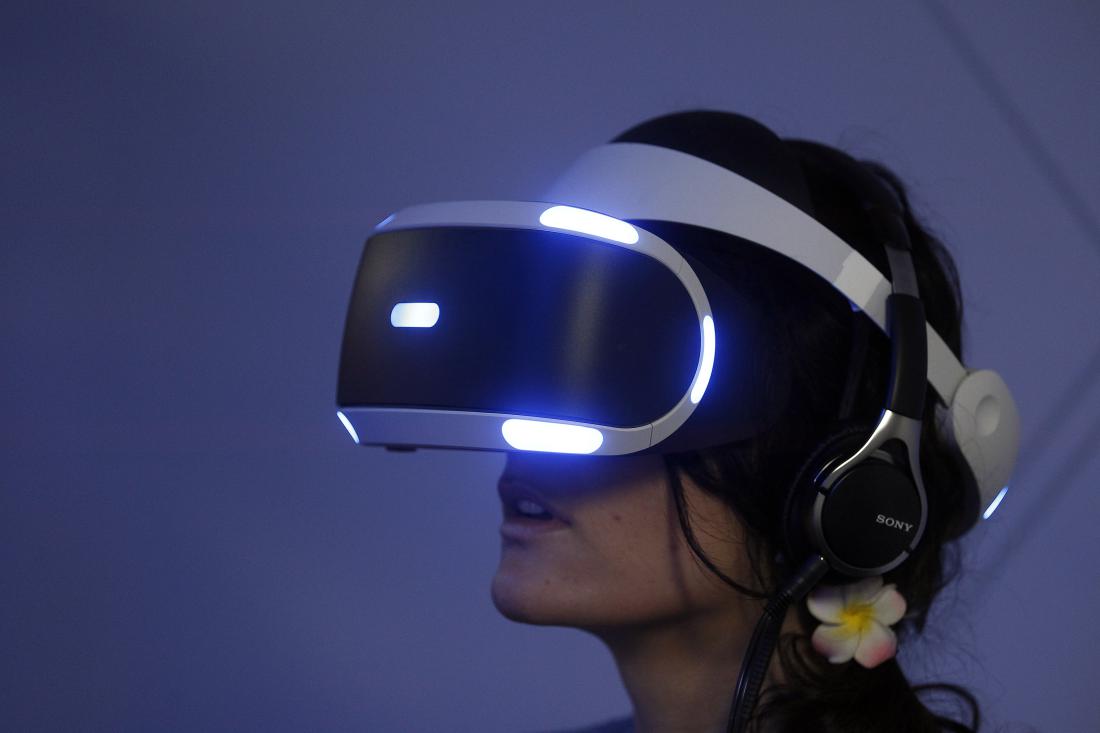 Don a virtual reality headset, and you’re suddenly able to explore beautiful new experiences, like scaling Mount Everest or going face-to-face with a dinosaur. VR’s most obvious use, however, is in powering new kinds of video games. Sony’s PlayStation VR is already showing great promise in this area.

I tried several games on Sony’s upcoming virtual reality platform this week. The PlayStation VR, which must be connected to a PlayStation 4 to work, won’t be available to buy until October. Even so, many of the demos I tried already feel as polished as finished games.

The PlayStation VR (SNE) has a single strap securing the device to your head, similar to a visor, that lets you pull the goggles over your eyes where they feel most comfortable. A one-button adjustment process makes changing the size of the band simple. Another mechanism lets you move the device’s screen closer to or farther away from your face, helpful for gamers with glasses. All told, Sony’s goggles are easier to adjust than rival devices.

HTC Vive Demos a Reality at GameStop and Microsoft Stores

The PlayStation VR offers gamers two different control methods. Gamers can choose to use a standard PlayStation DualShock gamepad, or opt for a pair of the company’s Move motion controllers depending on the game.

The most riveting game I played was Until Dawn: Rush of Blood, which drops you onto a nightmarish train ride through an abandoned carnival. The game occasionally goes completely dark, giving ghoulish enemies the chance to sneak up on you without being seen. Sony’s Move controllers let you control virtual guns, your only defense against the horrific onslaught. It’s the kind of game that would be scary enough on a two-dimensional screen, but it’s completely horrifying in virtual reality.

Another title, Waltz of the Wizard, makes you feel like you have superpowers. The game requires you to pick up a tiny ball that contains a spell, and drop it into a steaming cauldron. Dipping your hand into the resulting potion bestows certain powers, like the ability to transform objects in the room just by touching them, Midas-style. You can also lift objects and toss them around, as in Job Simulator, another popular VR game. Unfortunately, I had trouble lifting certain objects, but gameplay was smooth overall. Waltz of the Wizard is a good demonstration of how Sony’s Move controllers can make interactions inside VR games feel more real.

I tried some enjoyable puzzle games, too. Tumble is like a more complex and virtual Jenga. The challenge: Stack the blocks you’re given without knocking any of them over. But the objects range in size and shape, making the task more challenging. What makes Tumble particularly interesting in virtual reality is the ability to examine your pieces up close from any angle, offering a more thorough inspection than you would get from staring at a screen.

Super Hypercube is a virtual take on Hole in the Wall that’s equally straightforward yet tough to master. You’re thrust into a colorful tunnel, where you must rotate a given shape so it fits through an opening in a wall rushing toward you. Like Tumble, it’s a game that doesn’t need to be played in VR, but it’s far more interesting this way.

It’s too early to compare Sony’s PlayStation VR to the high-end virtual reality headsets already on the market, like the Oculus Rift (FB) and the HTC Vive. But it does boast advantages on paper. It will be cheaper, for one, at $399 versus $599 for the Rift and $799 for the Vive. It’s more comfortable to wear. And it only requires owners also have a PlayStation 4, whereas those other headsets demand a high-end, expensive gaming computer.

Still, both of those rival devices will see upgrades before PlayStation VR ships in October. More and better games will appear on both platforms. And Oculus’ gesture-sensitive controllers are scheduled to ship later this year. But with more than 30 million PlayStation 4 units in use worldwide, PlayStation VR could be the device that makes virtual reality gaming go mainstream.