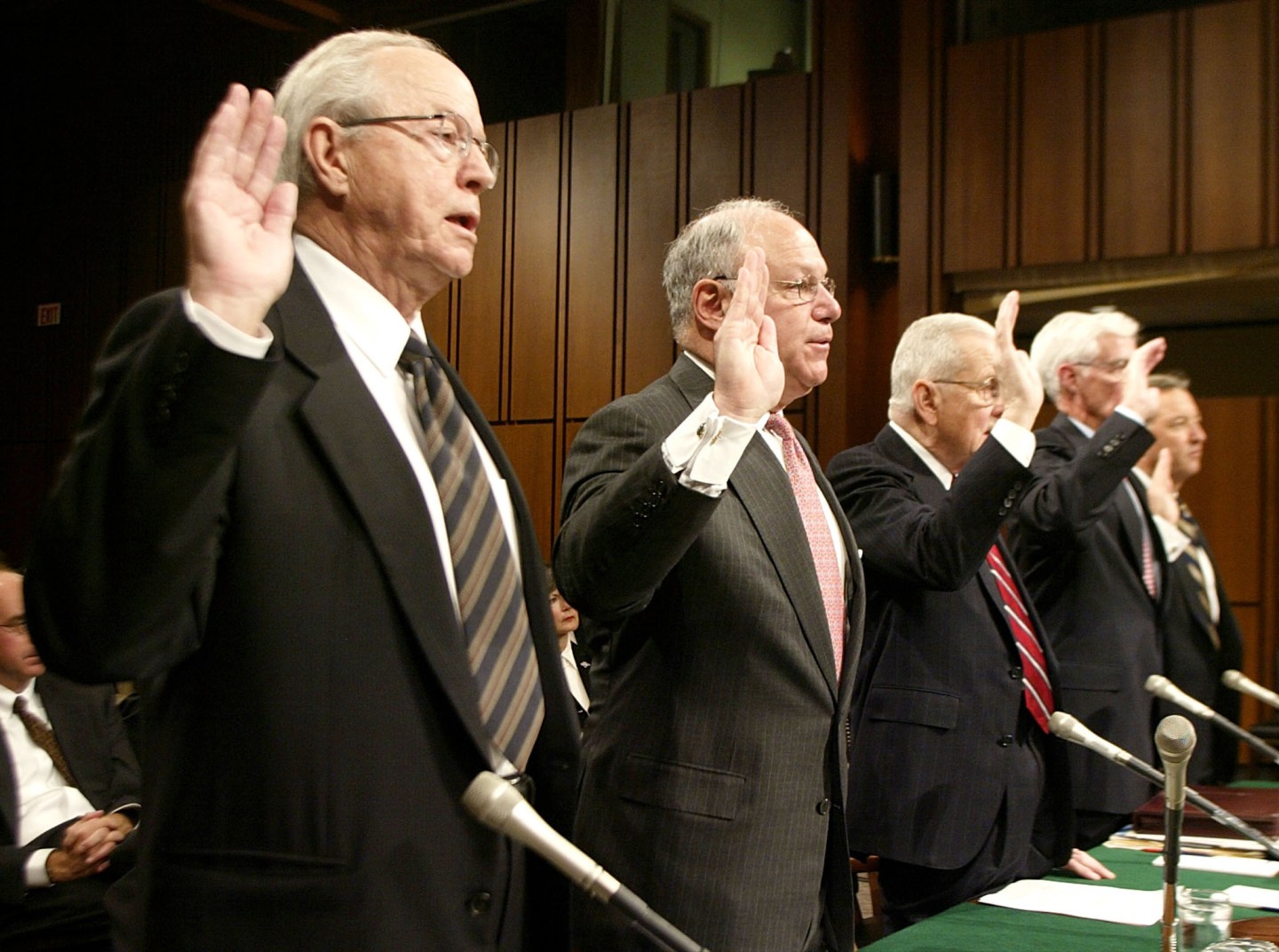 Enron has been pretty much synonymous with fraudulent accounting, scandal, and plain bad business since it went bankrupt in 2001. Apple (AAPL), meanwhile, is not only the world’s most valuable company, it’s also No. 1 on Fortune’s list of World’s Most Admired Companies.

What do the two companies have in common? More than you might think, at least according to Andy Fastow, Enron’s former CFO who was convicted and went to jail for fraud, and now lectures at corporate events.

Speaking on Tuesday to a group of about 200 professionals gathered at New York steakhouse STK, Fastow fessed up to misleading investors through creative accounting maneuvers designed to hide debt and inflate profits—and accused many large companies alive and well today of doing the exact same thing. He then posted a slide showing a relatively mundane office building and asked audience members to guess which company had its “global headquarters” there, according to Kase Capital hedge fund manager Whitney Tilson, who attended the talk. Tilson is also the former chairman of the Young Presidents’ Organization of Manhattan, which organized the event.

The company turned out to be Apple. The photo looked like this (with the logo cropped out):

The building isn’t actually Apple’s official headquarters—that remains in Cupertino, Calif.—though it has been dubbed as such because it houses Apple Operations International and several other of the company’s Irish subsidiaries, which serve as a base for Apple’s overseas business as well as its foreign corporate tax structure.

Apple has been accused in the last few years of using its Irish subsidiaries to shelter profits offshore and evade paying taxes, most recently by the European Commission, which is investigating whether the company owes it billions of tax dollars. Fastow’s point, at least according to Tilson, was that Apple “is engaged in tax dodging behavior that, while perhaps technically legal, is clearly designed to increase profits and inflate the stock by misleading and confusing regulators (and perhaps investors) via a massively complex web of entities.”

If that sounds a lot like what Fastow pulled at Enron, you’re not alone. The speaker clearly intended to highlight potential problems with complex corporate accounting even when no malfeasance is involved. The irony of comparing Apple to Enron certainly wasn’t lost on Fastow. Still, he offers an important reminder that even the shiniest and most beloved companies can look a lot different and not so squeaky clean once you dig deep enough into their disclosures—even if they don’t have anything criminal or malicious to hide.

An Apple spokesperson declined to comment on the record, though the company has previously denied using offshore havens to dodge taxes.