Why I’m Not Replacing My Computer With a Tablet 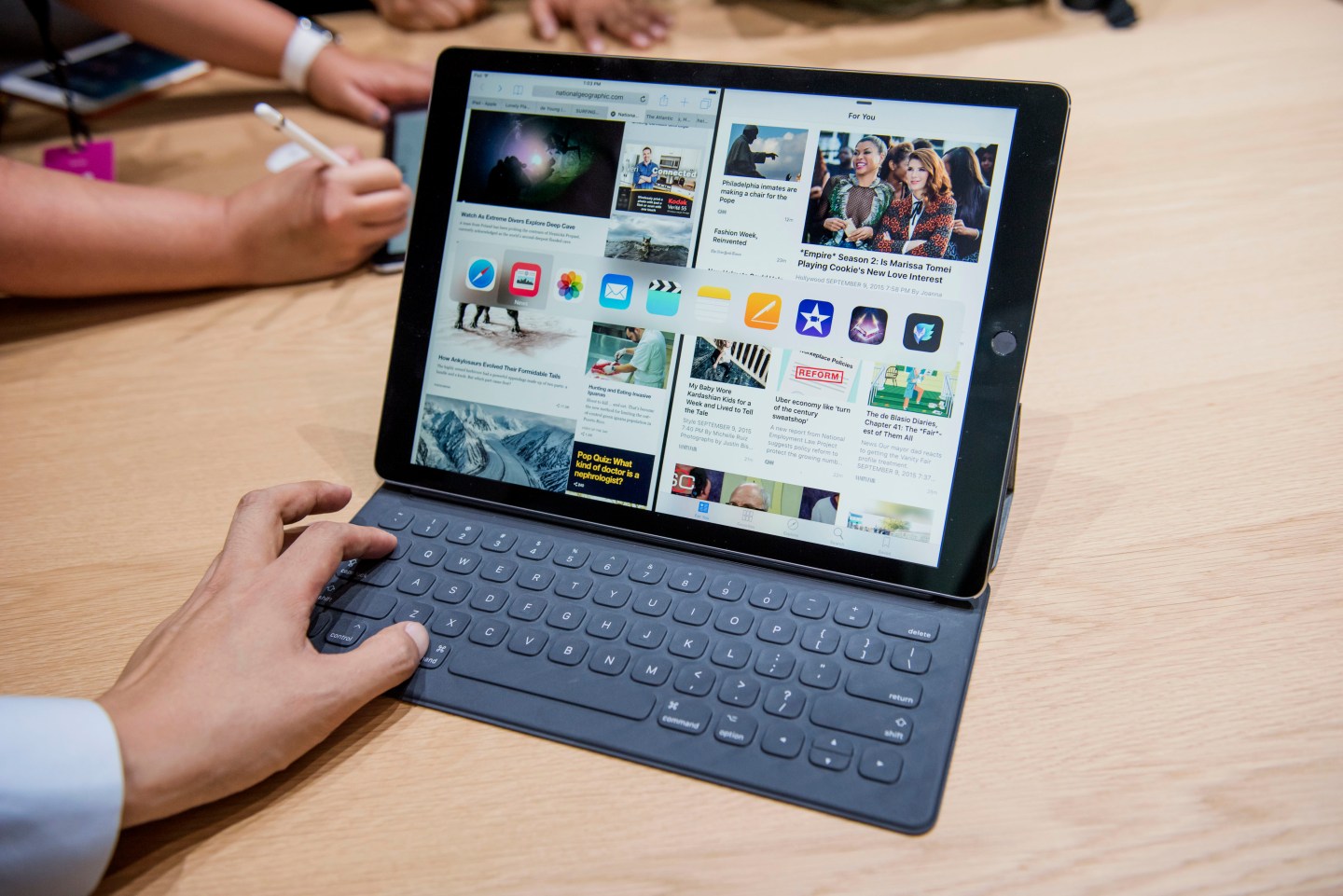 If you want objective advice from a tech journalist, avoid asking on a product’s launch day. Newer, faster, and better win out every time. Well, almost.

Hours after Apple recently revealed its new, smaller iPad Pro, my sister texted me about getting a new computer. She needed something small enough to carry, but powerful enough to edit and manage photos for her daughter’s synchronized skating team. “Would you get a laptop or this new iPad?” she asked. And to paraphrase Apple (AAPL), I thought different. “Laptop,” I told her. “And make it a refurb.” (You can save big bucks by buying refurbished computers from Apple, which come with a one-year warranty.)

Though I have an iPad Air, I’m not writing this story on a tablet. And though there’s a Microsoft (MSFT) Surface Pro staring me in the face, I’m not using the Windows laptop/tablet hybrid, either. I’ve actually got an old MacBook Air too, but I left it on my nightstand yesterday after burning the midnight oil.

Instead, like some sort of digital savage, I’m actually banging away on a keyboard tethered to a desktop computer. And the next piece of hardware I’m planning to buy? It will be a new Mac Mini, giving me a speed boost over this aging machine.

So with all this new gear around me, why am I using the oldest, clunkiest device on the list? The answer is, like most 21st century information workers, I need to get things done. Actually, I need to get several things done, all at once.

Emailing, browsing, researching, copying, pasting, Slacking, tweeting, scheduling, and — oh yeah — writing. Sure, you can do these things on a tablet, but not all at the same time. And that’s why I’m not giving up my computer for a tablet. At least not yet. Honestly, I can’t imagine I ever will.

As I write this, three glowing screens stare me in the face. My desktop has dual displays with email and Slack dominating one monitor, and Microsoft OneNote and a web browser on the other. Virtual desktops, meanwhile, keep other apps running in the background, easily accessible with the swipe of a trackpad.

Unlike with the iPad and Surface, these displays are situated at eye level, reducing neck strain and helping my posture, a must for the ever-increasing hours I’m putting in. And nearby, the iPad streams a camera situated at my office door. (FedEx is always coming and going.) But it could easily run any number of other programs as needed. (Or two apps, with iOS 9’s split-screen multitasking feature.)

So what’s the Surface for? In a word: focus. I have one client that demands two, distraction-free hours of my time every day. That’s when I turn everything else off, using this Windows 10 two-in-one. Yet even with the Surface’s handheld form-factor, I still plug it into one of my monitors to expand my digital workspace. If I could plug Microsoft’s tablet into both monitors, I might even abandon my desktop for it. But portable devices only have one video-out port (if they have any at all), and probably not enough power to run two displays anyway.

Of course, this is a lot of computing gear to support one person who pushes buttons for a living. But I’m not alone in holding fast to this “legacy” hardware. In Apple’s iPad Pro announcement, the company quotes Alex Valdman, head of design for cycling outfitter Rapha, as saying he gets everything done on an iPad Pro, including designing his company’s latest cycling collection. “It goes with me everywhere, and has not only replaced my laptop, but my paper notebook as well,” he says.

How Hybrid Laptops Are Going to Save the Tablet Market

Note Valdman’s iPad replaced a laptop, not a desktop. While you might be able to (painfully) run a one-man operation on a tablet, there’s no way you can drive a multinational company with one.

And my sister, an already busy mom, didn’t just want her new device for running a four-person organization. That synchronized skating team is actually an organization made up of more than 220 people overall, all aiming to increase the sport’s international profile.

Cropping, filtering, editing, saving, writing, and — oh yeah — tweeting, among many other things. Forget the iPad Pro and laptop. I should have told my sister to get a desktop.