Panama Papers: Why Did Clinton and Obama Flip Flop on Trade with Panama? 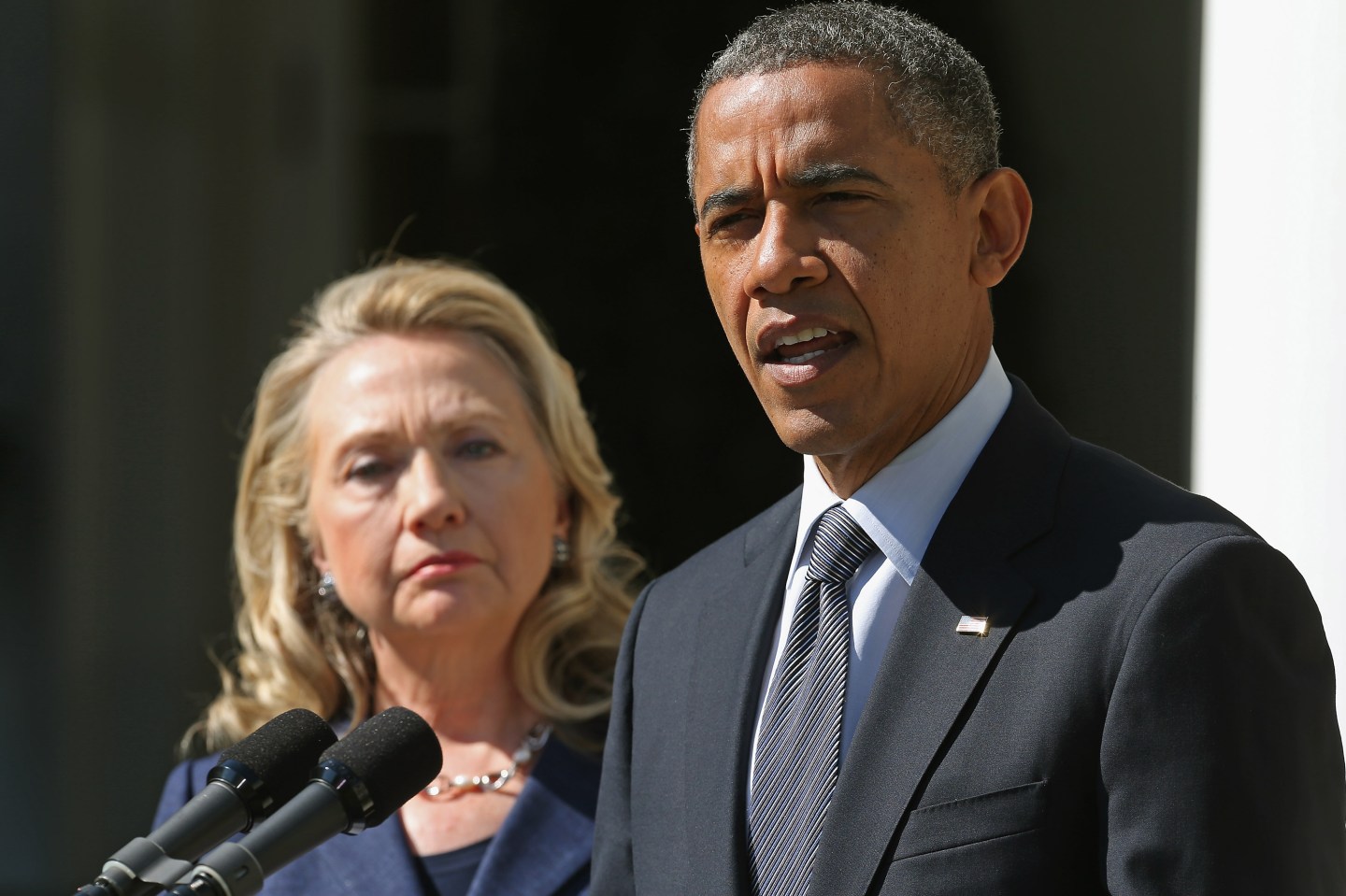 The Panama Papers couldn’t have come at a better time for the Bernie Sanders campaign.

The leaked documents, which detail how the global elite has used Panamanian law to shield income and information from national tax authorities, has refocused the public’s attention on the myriad ways the powerful hide their wealth.

Putting a spotlight on the abuses of the 1% is Sanders’ bread and butter, and it has been for a long time. Indeed, Sanders warned in 2011 that a free trade agreement that President Obama and Congress enacted that year is to blame, at least partially, for Panama’s status as a top tax haven. But it doesn’t appear the agreement had the kind of detrimental effects Sanders warned of, nor does he explain the reasons why it was passed in the first place.

The video above was widely circulated by the Sanders campaign, and it has become a viral hit with his supporters. And Sanders is right that the free trade agreement made it slightly easier for tax evaders to transfer money between the United States and Panama. As the consumer advocacy group Public Citizen put it at the time:

The FTA’s Services, Financial Services and Investment Chapters include provisions that forbid limits on transfers of money between the U.S. and Panama. Yet, such limits are the strongest tools that the United States has to enforce policies aimed at stopping international tax avoidance.

At the same time, the Obama Administration did seek to address some of these concerns by insisting that the two countries sign a Tax Information and Exchange Agreement that, according to the Congressional Research Service, “permits either country to request information on most types of taxes.” After that agreement was signed, the OECD removed Panama from a list of countries that it considers tax havens.

Given the recent revelations, many members of the global elite have been able to continue to use Panama as a haven to hide their assets from their local taxmen. But so far, few high-profile Americans have surfaced as among those who have used Panama as a place for hiding assets. McClatchy Newspapers—the major American news organization that was involved in bringing the leak to light—has been publishing stories all week on American names that have surfaced in the leak.

Unlike the wealthy Chinese and Russian people who have been associated with the Panama Papers, the American names that have surfaced so far are not household names, nor are they citizens in good standing. As McClatchy DC reporter Kevin Hall put it, “Americans really would be doing this not to hide from taxes, but to hide money they got in other ways that are perhaps less legal.”

In other words, the Panama Papers is not a scandal that fits neatly into the Sanders narrative of wealthy Americans using their influence to change American laws so that they can pay less taxes on their lawfully gotten gains.

At the same time, Sanders is right that it is odd that Democratic Party leaders would buck their base in order to pass a free trade agreement with a country the size of Panama. Before the agreement was passed, the U.S. Department of Labor estimated that it would deliver an negligible net impact to American employment.

As with all free-trade agreements, the Panamanian pact does help certain sectors of the U.S. economy that have comparative advantages to firms in Panama, like those in the pharmaceutical and agricultural industries. These industries lobbied hard for the agreement, but it’s likely that President Obama and Secretary Clinton had other motives as well.

One theory is that the free trade agreement was a way to reward Panama for its cooperation with the United States on fighting global terrorism and drug trafficking. Indeed, this was one of the main arguments for passing the agreement at the time. As a Heritage Foundation memo put it:

Panama is playing an increasingly important role in cooperating and combating drug trafficking in the Central American isthmus. Failure to approve the [free trade agreement] has already hurt U.S. competitiveness in Panama’s recent expansion boom and will further dampen Panamanian enthusiasm to cooperate with the U.S. on security issues, especially as attention focuses on combating money laundering in Panama’s robust financial sector.

And leaked diplomatic cables from the late 2000s and early 2010s confirm that U.S. diplomats were increasingly concerned that American influence was waning in this strategically important country. A 2008 State Department cable argued, for instance, that “Panama’s help is much more critical to us than it is to Panama.” The cable details how various Panamanian agencies allow the U.S. government to:

We can’t say for sure what led both President Obama and Secretary of State Clinton to reverse their positions on Panamanian free trade in the time between the 2008 campaign and when they entered the executive branch in 2009. But one thing is clear: While trade between the U.S. and Panama isn’t so important as to be a big boon or a detriment to the U.S. economy, America’s relationship with Panama is critical for diplomatic and law enforcement reasons.