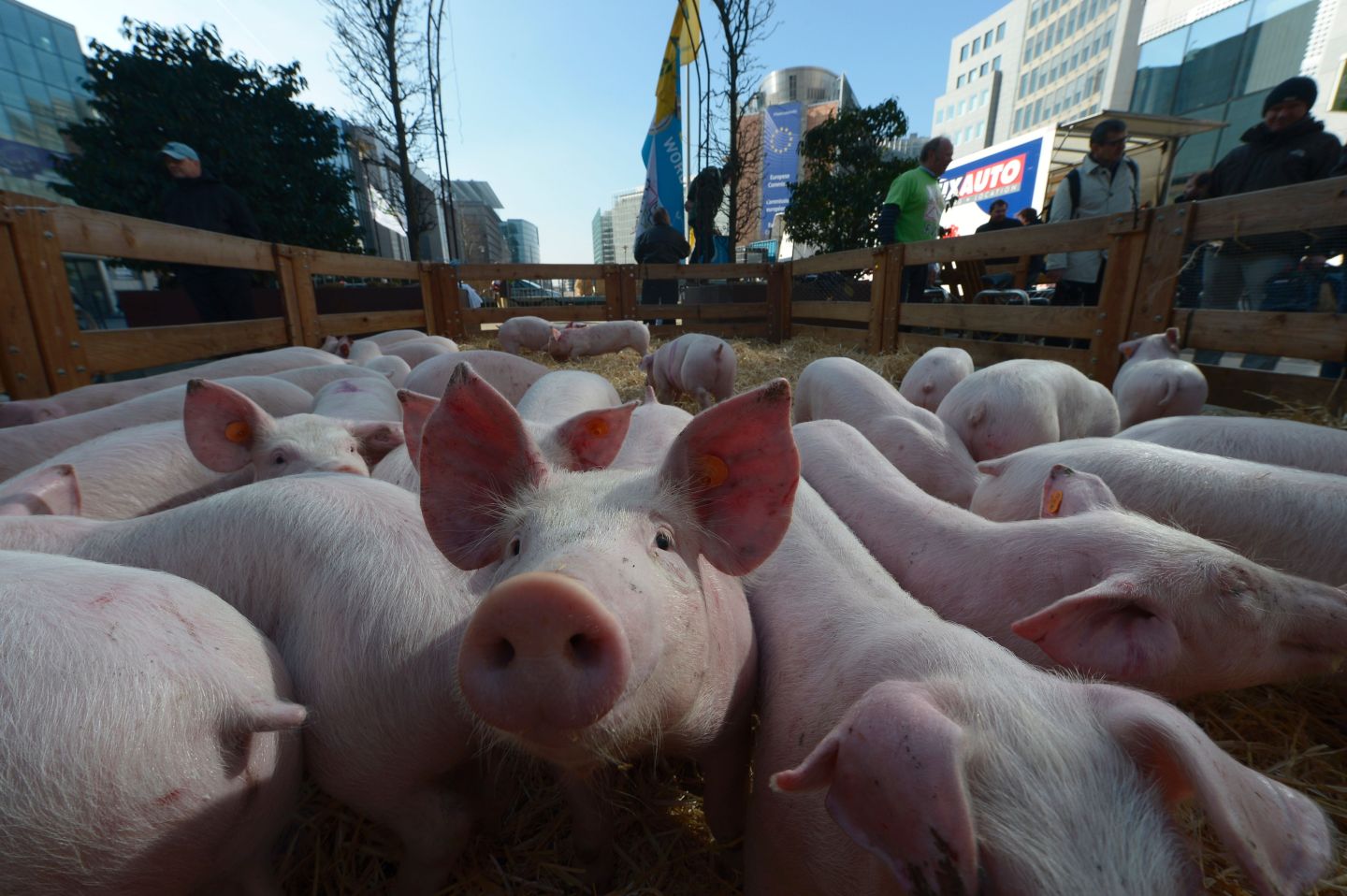 The U.S. Food and Drug Administration on Friday moved to revoke approval of a drug used to treat certain conditions in pigs because it could leave a cancerous residue that may affect human health.

The drug, carbadox, is made by Teaneck, New Jersey-based Phibro Animal Health (PAHC) and is used to control swine dysentery and bacterial enteritis, the agency said. It has also been used to promote weight gain in pigs.

“Potential cancer risks are based on an assumed lifetime of consuming pork liver or other pork products containing carbadox residues,” the agency said in a statement, adding that it is not recommending that people change their food choices while it works to remove the drug from the market.

“Pork is a good source of protein,” the agency said. “However, protein can also be found in other meat, poultry, seafood, beans and peas, eggs, processed soy products, nuts and seeds.”

Pork liver is used to make liverwurst, hot dogs, lunch meat and some types of sausage, the agency said.

Officials for Phibro, which generates annual sales of more than $650 million and employs more than 1,100 people worldwide, according to its website, were not immediately available for comment.

Dave Warner, a spokesman for the Pork Producers Council, which represents the pork industry, said it is reviewing the implications of the FDA move but will let the Animal Health Institute, which represents animal health drug companies, “take the lead.”

A spokesman for the Animal Health Institute was not immediately available for comment.

The FDA said it asked Phibro for additional information about the safety of carbadox but the company has not submitted any proof that there is a safe way to use it.

Three antibiotics made by Phibro contain the drug: Mecadox Premix 10, Banminth/Mecadox; and Mecadox/Terramycin, the FDA said. Carbadox was approved in 1972.

Phibro has 30 days to request a hearing on the matter. If it does so, the FDA’s commissioner, Dr. Robert Califf, will decide whether a hearing is justified. If the company does not request a hearing, the agency can withdraw approvals for carbadox and it would no longer be legal in the United States.

The FDA’s actions follow a preliminary risk assessment conducted from 2012 to 2014 which found that the lifetime cancer risk from consuming pork liver containing carbadox residue is higher than allowed under the FDA’s framework for regulating carcinogenic animal drugs.