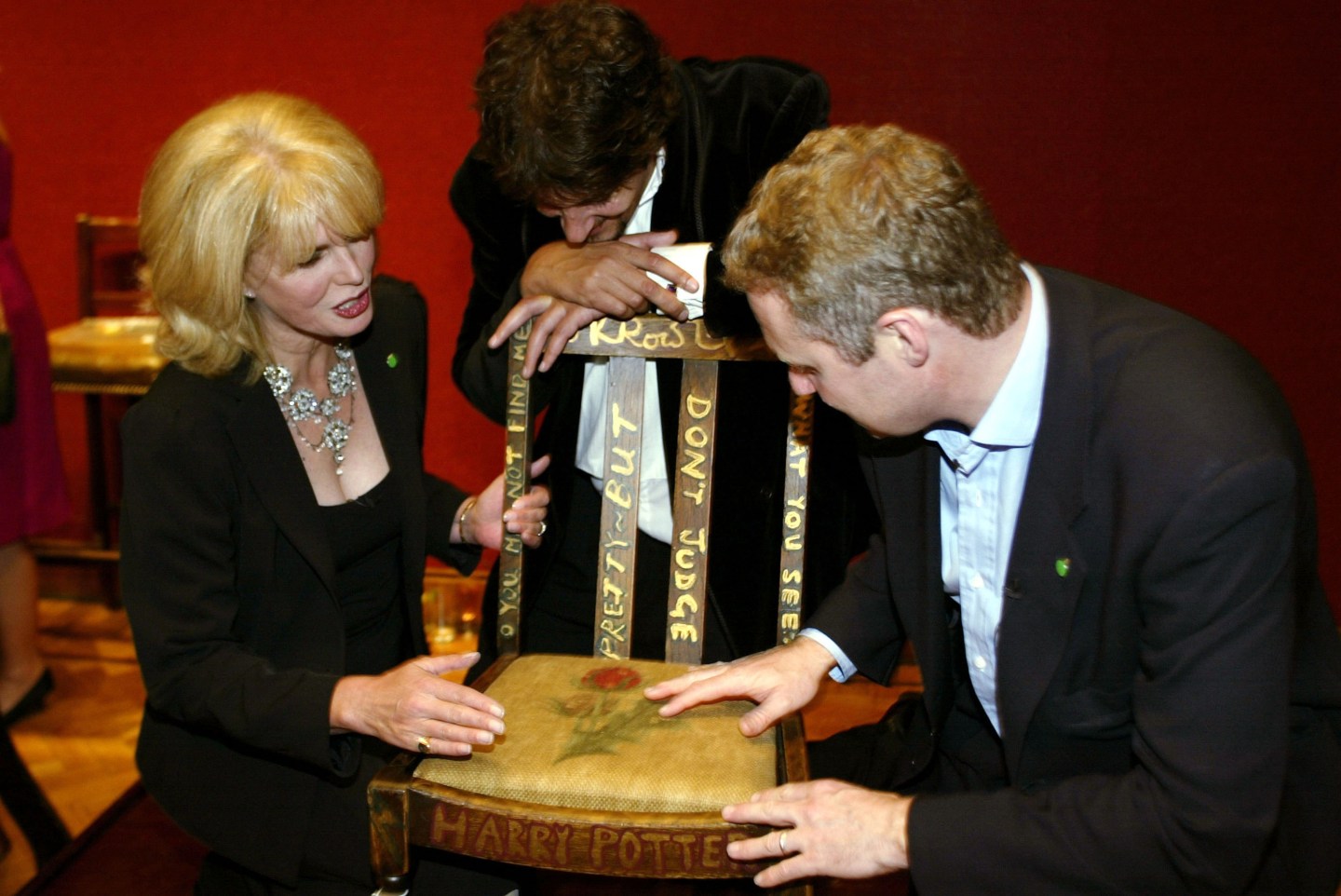 The chair that J.K. Rowling sat in to write her legendary novels just brought in a huge sum of money at auction.

Rowling was living in public housing at the time in Edinburgh. As the Guardian writes, it was furnished with four mismatched chairs, one of which was a 1930s oak chair that she supposedly sat in to write the first drafts of Harry Potter and the Philosopher’s Stone and Harry Potter and the Chamber of Secrets.

The chair was sold at auction on Wednesday at New York’s Heritage Auctions by Gerald Gray of Greater Manchester. It went to an anonymous buyer for $394,000, which includes taxes and the buyer’s premium. Along with the chair, the buyer also received a framed “By Owl Post” letter written by Rowling when she first sold the chair.

Rowling originally auctioned it off in 2002 and gave the proceeds to charity. It was then resold in 2009 for $27,502, and apparently became 14 times more valuable in the last seven years. The author, 50, decorated the chair with various references to Harry Potter, including a quote by the Sorting Hat—”You may not find me pretty, but don’t judge on what you see.”

Gray told the Guardian that he plans to give 10% of the proceeds from this sale to Lumos, a charity founded by Rowling to benefit children in institutions.