How Jersey Shore’s Vinny Is Leading the #Malibro Movement 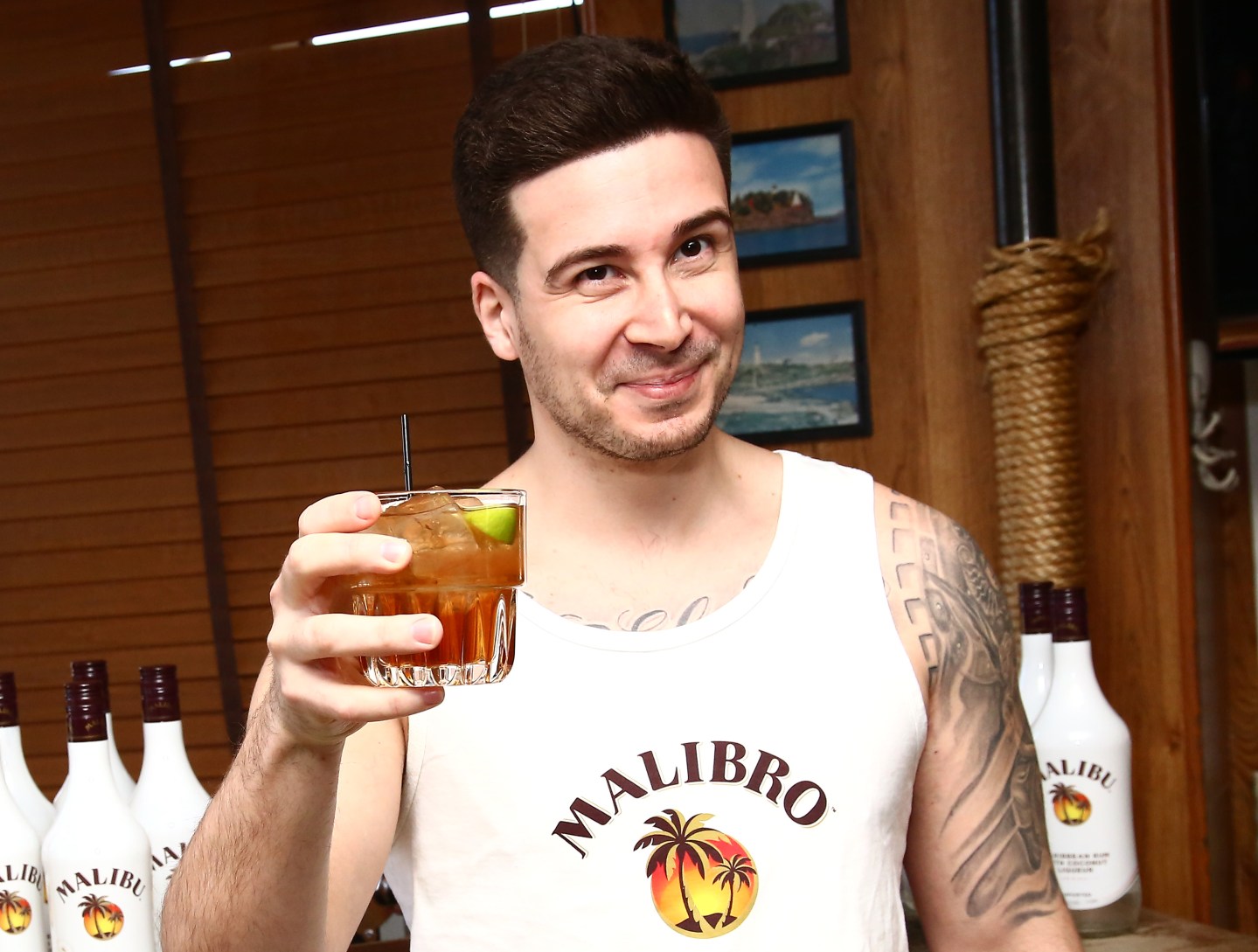 Nearly a year ago, the expression “brosé” became the new trendy phrase in the world of summer beach homes and boozy brunches. It was a hashtag used by bros to proudly proclaim their love of pink rosé on social media.

This spring, Malibu rum is trying to create another buzzy, social media catchphrase: the #Malibro.

What is a Malibro? Brian Mequet, vice president of rum and liqueurs at Malibu parent Pernod Ricard, tells Fortune that the concept of Malibro was born out of the idea “that guys no longer need permission to sip umbrella-garnished cocktails and that it is okay for ‘bros’ to embrace the delicious summer drinks they love.”

That is where Jersey Shore alum Vinny Guadagnino comes into the mix. He has been named an official #Malibro. It helps that Guadagnino has 1.3 million followers on Instagram and 3.2 million on Twitter–even though the hit MTV show went off the air at the end of 2012.

“The Malibro personifies someone who has a colorful personality and likes to party,” Guadagnino told Fortune. Teased in the past by friends for his love of fruity drinks, he adds the #Malibro movement tells men that they shouldn’t be afraid to indulge in a cocktail that some may view as less masculine.

“Forget the social stigmas that go along with drinking a fruity cocktail,” he adds. “I want to see everyone this summer enjoying a sick Malibu drink.”

Defending and defining masculinity has been a trend in alcohol marketing campaigns for many decades. An early example: the iconic “Great taste, less filling” ads by Miller Lite, often regarded as one of the greatest campaigns ever. More recently, even Budweiser parent Anheuser-Busch InBev (BUD) has taken to proclaiming real beer drinks don’t want a ‘fruit cup’ in their ales.

The #Malibro movement may seem quaint to some–or it possibly won’t take off at all on Twitter and other social channels. But Mequet says Pernod Ricard’s consumer insights team noticed that some men felt insecure about drinking Malibu. Alcohol marketing executives have broadly contended their brands are in some ways viewed as an extension of how a person wants to define themselves when out at the bar or nightclub, almost as important as the fashionable clothes and shoes they are wearing. With that in mind, changing perceptions can be very important.

“We want guys to confidently consume the drinks of their choosing without feeling embarrassed or less masculine,” Mequet said. That’s partly why the “brosé” term took off last summer. It was a way for men to proclaim that they were still a dude even while sipping on a pink-colored drink.

Importantly, if the movement goes global, it could give Malibu a sales jolt. Volume growth has softened internationally in recent years. Whiskeys and tequilas have outperformed in many key markets, resulting in some softer demand for other alcoholic beverages. But encouragingly, sales of Malibu rum have risen consistently in the U.S. market, outperforming total rum in four of the past five years, according to the retail data tracked by market research firm IRI.