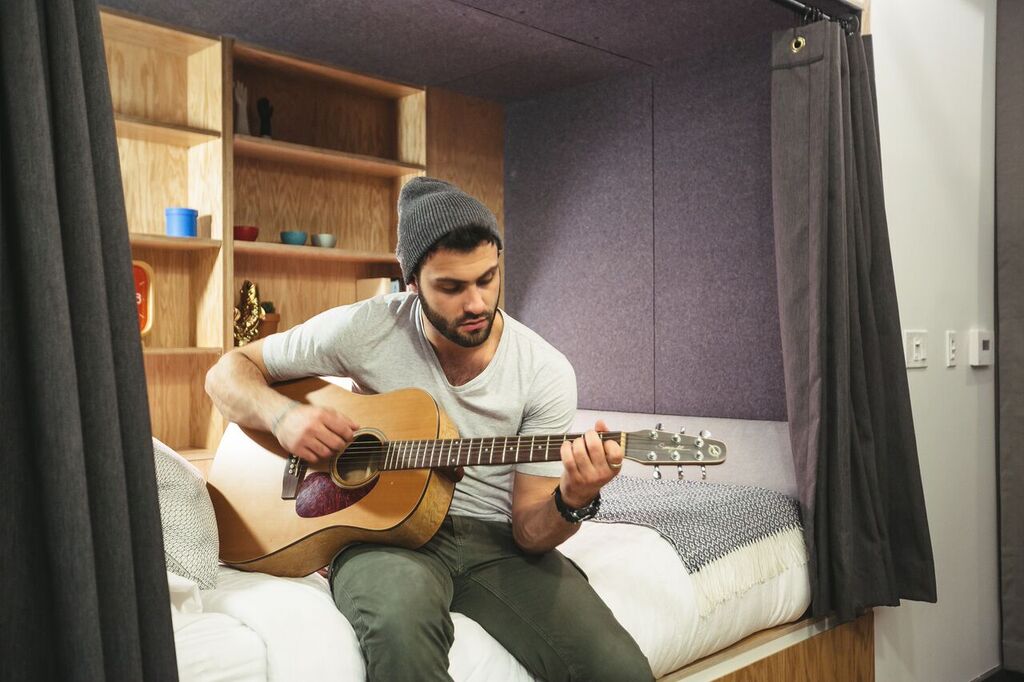 The company is moving its WeWork co-working model to co-living with WeLive apartments.

The idea is that for a bit of a premium in price, you can live month to month in a shared space, forgoing signing on to a long-term lease commitment, while reaping the benefits of more hotel or hostel-like perks: housekeeping, yoga, and free beer.

In New York City, where WeLive is debuting this week on Wall Street, Murphy beds that come out of the wall in shared spaces start at $1,375 a month, while private units go from $2,550. A second, slightly cheaper WeLive is set to open later this spring near Washington, D.C., in Arlington, Va.

The model is one that has worked well for WeWork with businesses looking for temporary work space. The New York-based startup, launched in 2010, is now valued at around $16 billion and has 91 rent-your-office locations in seven countries.

Just as businesses using WeWork rent out a small bit of their own space in a communal office setting, WeLive apartment renters can have a semiprivate or private area for sleeping, surrounded by more open, shared spaces, giving the places a kind of post-college dorm vibe. The apartments are also fully furnished, staffed with a concierge, and offer bottomless coffee and beer. And because this is a startup, there’s also an app that connects the WeLive dwellers to request services or plan activities with other WeLive guests.

For more on WeWork, watch:

WeWork isn’t the only company betting the co-living, temporary housing model might work well for college grads and startup employees looking for a quick-fix spot to live. Another month-to-month housing option, Common, recently started a similar business in Brooklyn with private bedrooms from $1,800.

And of course, Common’s also got a “wellness studio” and communal hangout spots around its buildings. Because what would co-living be without a little free yoga and a chance to pick up a few new friends?