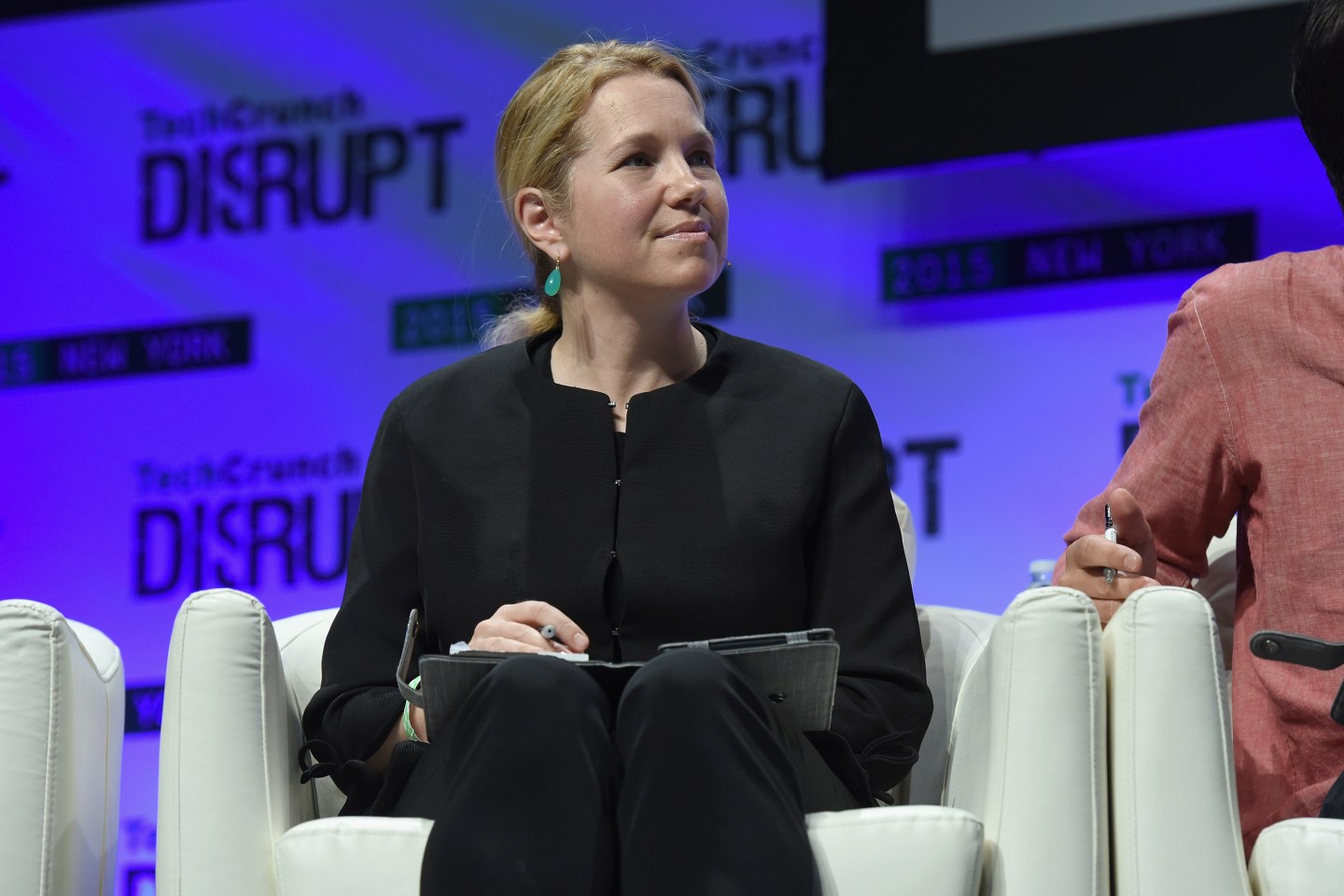 For the past eleven years, Livingston has made a career of incubating and investing in the hundreds of companies that have graduated through Y Combinator But she’s also a founder, having launched Y Combinator with her husband, Paul Graham, using their own savings to create what is now known has one of Silicon Valley’s most successful technology incubators.

These days, one of Livingston’s passions is focusing on adding more female founders to Y Combinator’s classes of a few dozen startups, and empowering women in tech to overcome some of the biases in the industry. She’s open about the fact that she’s felt many of these biases as a founder, and one of the ways she is hoping to make change is by sharing stories and advice from successful female founders and executives. Her brainchild for this effort is the Female Founders Conference, a San Francisco event for women who want to start a technology company or have started a company.

Oh, and she just announced that she’s taking a year-long sabbatical to spend time with her two young children and her husband.

Fortune sat down with Livingston for an exclusive interview about the challenges she’s faced as a founder, her advice for female founders and her ambitions for Y Combinator at the incubator’s Female Founders Conference in San Francisco.

This interview has been edited for clarity.

Fortune: Where did the idea for the conference come from?

Livingston: I had been thinking about it for a while. I wanted to create something that inspired more women to start startups and give them the confidence to take the leap. My husband, Paul, finally said you should do this, and we started the first conference three years ago.

We first started with a conference for 400 women. Every woman in the audience applies to come to the conference. Women don’t necessarily have to be a founder but perhaps they have an interest in it. There was such a massive response initially, we had to find a new venue this year. We expect 850 women this year. It’s one of the most expensive events Y Combinator does, but it’s also one of the most important.

There’s also a Facebook group for anyone who has attended the conference that is really active. Women are posting everything from interesting articles to tips on fundraising.

It’s definitely hard being a woman right now in tech. Most of the investors are men with their own inherent biases. Fundraising can be hard. For example, we hear from many of our YC female founders who have male co-founders that investors will directly address their male counterparts, and ignore the women, when the startup is pitching investors.

Fundraising is harder for anyone now, but what’s interesting is that in the past two classes, the two most successful Series A funding rounds were made from startups with women founders.

How do you actually make a change?

Since I am in the business of funding first time founders, I need to encourage more women to actually start companies and help them make the jump. We need more women-led unicorns [which are a fast growing group of technology startups that have achieved a $1 billion-plus valuation] and I can help with finding those companies.

For the first few years YC didn’t fund many women. In 2011, 4% of companies that graduated had at least one female founder. Now 25% of the last class had at least one woman on the founding team. I want that to be 50%.

Tracy Young of Plangrid [a company that helps construction companies work with and store blueprints on an iPad] has the highest valuation of women-led YC alums. There are also a lot of women-led companies after that with lower valuations I have high hopes for.

What’s been your own challenge as a female founder?

The problems I faced didn’t relate to fundraising because Paul and I funded YC ourselves for the first few years. But even though I was a co-founder Paul always got the attention as the founder. I was never referenced as a co-founder. I didn’t care because I was focused on helping our companies grow and running YC. It’s easy for women who are not the face of a company to not exist.

The problems you face as a female founder are not big enough that it will determine your startup’s success and or failure. Just focus on growing your product, getting users, and moving up. Prove to people that no one can hold you back from creating a business.