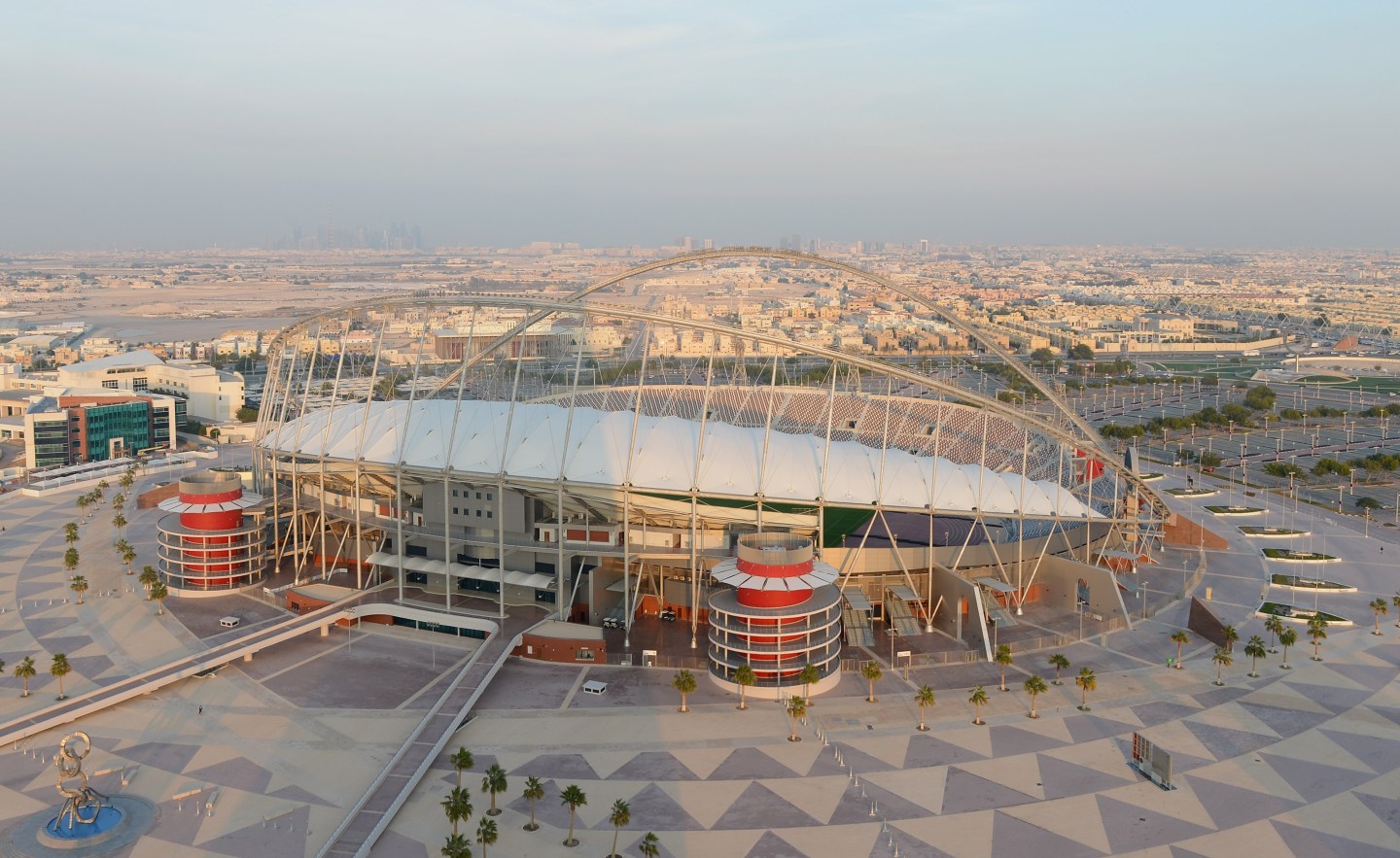 FIFA’s World Cup in Qatar continues to be built on widespread and systematic human rights abuses, according to a damning new report out Thursday.

“The Ugly Side of the Beautiful Game”, by Amnesty International, describes in shocking detail how the Gulf emirate has failed to address accusations that its ‘kafala’ system of indentured labor amounts to an organized form of modern slavery. There are an estimated 1.8 million migrant workers in Qatar, many of them employed under the kafala system in building stadiums and other infrastructure due to be used in the 2022 World Cup finals.

The International Trades Union Confederation, in a December report, estimated from Qatar’s own public health statistics that over 1,000 migrant workers a year are dying, and that the total death toll by the time the tournament kicks off could be as high as 7,000.

“If anything, it’s getting worse, because the overall numbers of migrant workers coming to Qatar are rising,” an ITUC spokesman said.

Qatar refuses to publish precise statistics about the health of its migrant labor force, and independent media reporting on the issue is heavily controlled. Migrant workers have no protection against racial discrimination in the setting of minimum wages, no right of association, and no collective bargaining rights. The International Labor Organization, an arm of the United Nations, last week gave the emirate 12 months to reform its laws to end forced labor and allow more effective inspection of labor conditions or it will otherwise face a Commission of Inquiry.

All of the 234 workers interviewed for Amnesty’s report complained of violations of basic rights. The workers, mainly from the Indian subcontinent, were forced to pay exorbitant “recruitment fees” to agents of the companies that hired them, to live in conditions unfit for human habitation, and had wages withheld and passports confiscated.

The last of these abuses stopped some Nepali workers from returning home to check that their families were still alive after massive earthquakes in early 2015.

“For days I did not hear anything from my brother and his family. My mother lives with him so I became too anxious and could not work properly,” it quoted Manish, a worker with a small labor supply company that provided workers for the Khalifa International Stadium in Doha, as saying. When Manish asked his supervisor for an exit permit to leave the country, “He just said this is not possible and left the room. When I followed him outside he got angry and said, ‘do not mention this again. You cannot leave for two years (the end of his contract).”

The interviewees worked for four companies who had contracts to work on Khalifa and the “Aspire Zone” sports complex around it. Their testimony starkly contradicts Qatar’s promise (following earlier international criticism) to ensure minimum welfare standards at World Cup projects.

The Supreme Committee for Delivery and Legacy, which is overseeing the massive construction works required for the tournament, rejected the report as “misleading.” It said that the four companies weren’t an accurate cross-section of over 40 contractors working on the two projects, and that it failed to take into account remediation measures taken since Amnesty did its research. It banned all four of the named companies in June 2015 from further World Cup-related work. The Committee didn’t respond to a question from Fortune asking what sanctions it had put on companies not scrutinized by Amnesty.

FIFA, which is trying to cut a cleaner image under the new leadership of President Gianni Infantino, pointedly chose not to criticize the report, saying it “will continue to urge the competent governmental authorities in Qatar and other stakeholders to also take action.” Its newly-appointed human rights commissioner John Ruggie, told Fortune he didn’t want to comment before publishing a report on Qatar on April 13.

Despite the near-constant bad publicity surrounding FIFA over recent years, the sponsors who pay FIFA hundreds of millions of dollars to attach their names to its tournaments seemed either wrong-footed or indifferent. Neither Visa nor McDonald’s responded immediately to requests for statements about the allegations. Neither did Russia’s Gazprom or China’s Wanda Group, FIFA’s two newest “partners” (as it calls its top-level sponsors).

Coca Cola, German sportswear company Adidas AG (ADDYY), and Hyundai/Kia Motors all stressed their “commitment to” and “concerns about” human rights in e-mailed statements, but none made the slightest hint that they would withdraw their sponsorship.

“We have had many discussions with FIFA regarding workers’ conditions at FIFA-related construction projects,” said Coke. “We will continue to press for concrete actions to identify and mitigate human rights challenges associated with any FIFA events.”

Adidas made clear where it thought responsibility lay, but continued to trust Qatar’s good faith, notwithstanding the ILO’s recent actions.

“We share the concerns regarding the situation of workers involved in the preparation for Qatar 2022,” Adidas said in an e-mailed statement. “We believe the main responsibility to address those issues and to ensure human rights and fair working standards lies in the hands of the local government and the Qatar Supreme Committee for Delivery & Legacy. We count on the SC’s measures in accurately investigating and reviewing the allegations raised in the report and, if substantiated, to take effective action for remediation together with the local authorities.”

Hyundai/Kia struck a similar tone, saying “It is our understanding that FIFA and related authorities are taking immediate steps to secure appropriate standards of welfare for all workers involved in these projects, and we will continue to monitor developments in Qatar very closely.”

Allegations of bribery and corruption around the award of the 2022 tournament contributed significantly to the downfall of FIFA’s last President Sepp Blatter, although the Department of Justice’s ongoing investigation focuses mainly on other incidents of corruption. Qatar and Blatter deny any wrongdoing in the award of the 2022 World Cup finals to the emirate.