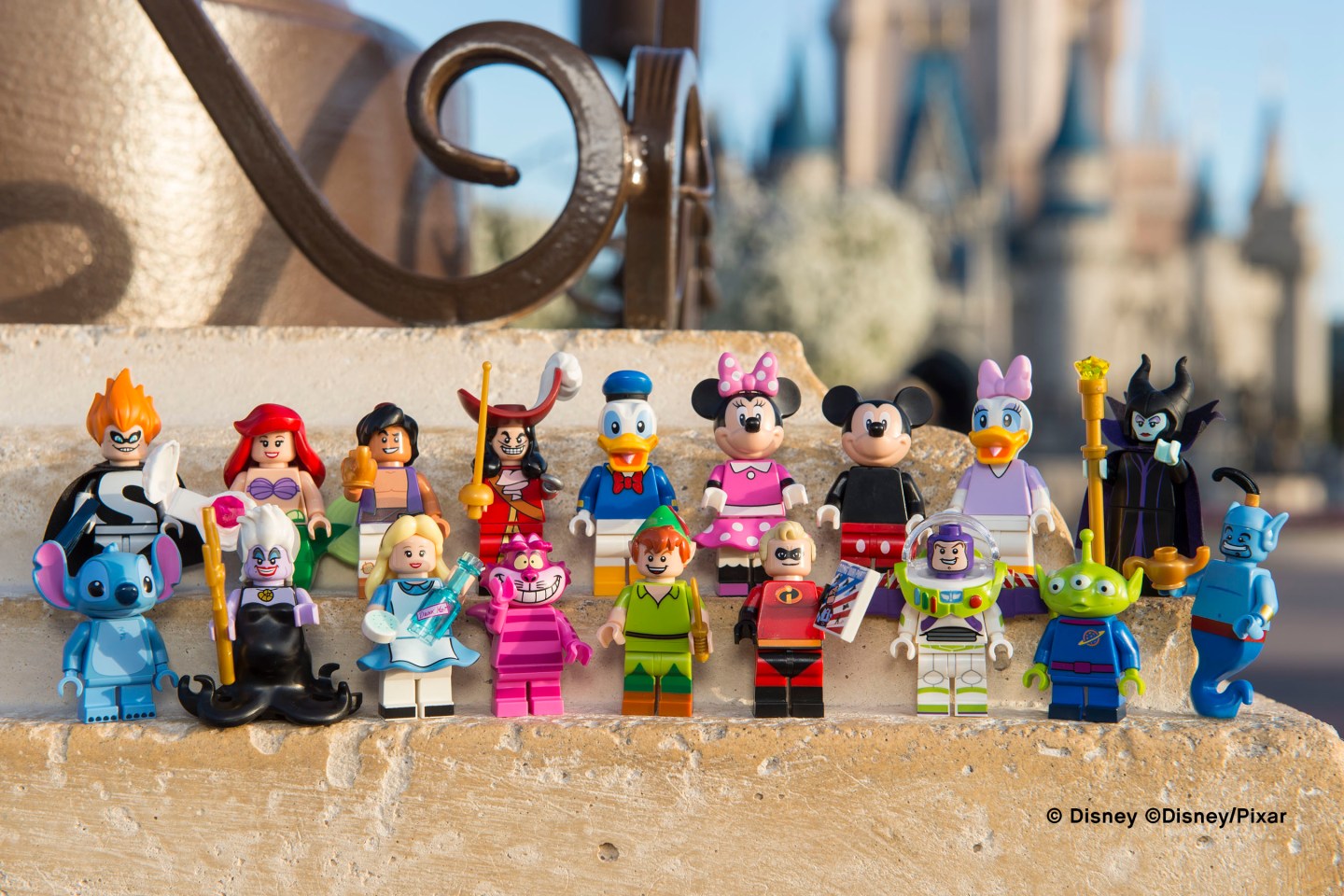 Courtesy of The LEGO Group

Lego is launching a new line of collectible Minifigures based on Walt Disney’s vast vault of animated characters.

The collection, the 18th under Lego’s Minifigures theme, includes 18 characters from a slew of Disney (DIS) films including Peter Pan, Alice in Wonderland, Toy Story and The Little Mermaid. Mickey and Minnie Mouse, of course, are among the lineup.

The new line debuts in retail stores this May, with each figure selling at $3.99. Lego’s Minifigures line are secretly packaged, which means that shoppers can’t be sure what they are getting when they pick one up at a retail store.

Danish-based Lego has been a star performer in the toy aisle in recent years, benefiting from increased interest in construction play, which has educational benefits. Additionally, licensed partnerships with companies like Disney have helped the company remain on trend.

Lego has worked with Disney for 16 years now, one of the longer partnerships between the toy maker and a licensed partner. That pact has expanded as Disney scooped up Marvel and Lucasfilms in recent years, adding superhero and Star Wars characters to the mix.

Interestingly, the Minifigures line has generally avoided licensing partnerships. The theme mostly sticks to characters that Lego has created, like say a ballerina or an astronaut. One notable exception was a Simpsons line, under a broad merchandising pact with 21st Century Fox (FOX).