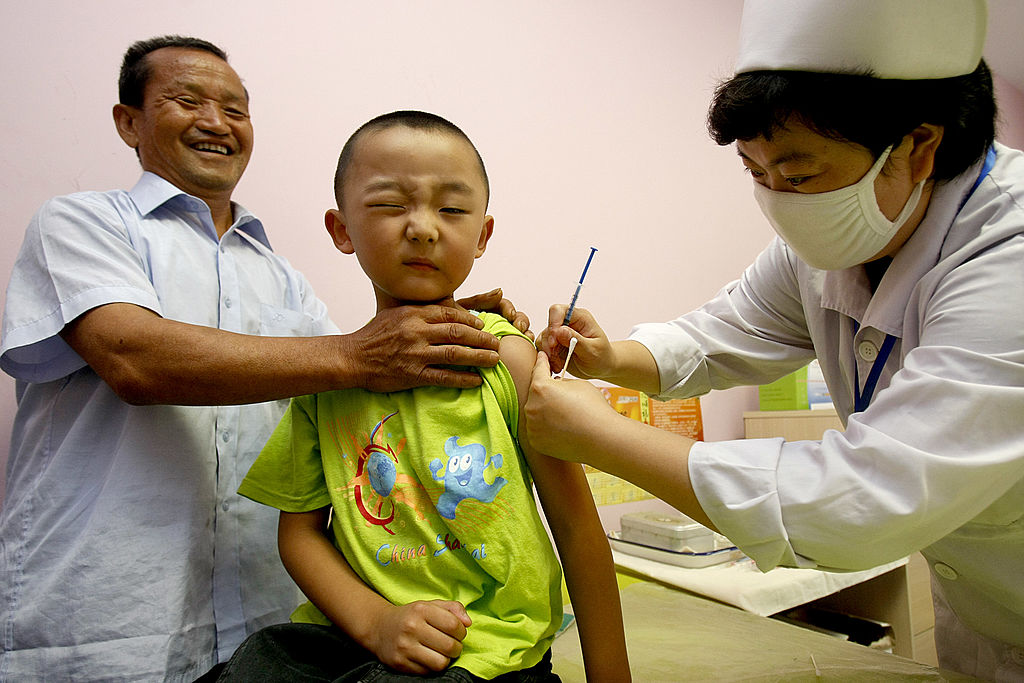 CHANGCHUN, CHINA - SEPTEMBER 11: (CHINA OUT) A child cries while receiving a measles vaccination injection at a vaccination site on September 11, 2010 in Changchun, China. A measles vaccination plan, mainly targeting children in the age bracket from eight months to four years, was carried out for nearly 100 million children across China from September 11 to 20. (Photo by ChinaFotoPress/Getty Images)
ChinaFotoPress Getty Images

At the heart of news that Chinese authorities allowed an illegal vaccine trade to thrive for years across most of the country is the question: where were the regulators?

The vaccine news, which broke last week when officials announced a wave of arrests, isn’t China’s first health scandal. Worse, it bears the hallmarks of previous cases: a fragmented market with tons of companies joining the supply chain, and regulators either too few or too feckless to stop pervasive wrongdoing.

Chinese police have arrested 130 people suspected to be involved in the vaccine trade, in which operators dealt real vaccines under improper storage for a dozen maladies, the Ministry of Public Security said last week. The Chinese authorities say 29 firms operated illegal drug sales businesses and 16 institutions inoculated patients with the illegal vaccines.

Officials blamed the episode on China’ weak regulators. If that sounds familiar, it’s because officials blamed regulators during the expired meat scandal in 2014, when McDonalds, KFC and others bought expired protein from a supplier in China, and in 2008, when the chemical melamine was being added to milk and six infants died.

There are “certain loopholes in our regulatory work,” Li said, according to a Reuters translation. “There are dead spaces and blind zones for regulation and inspection.”

He went on: “At present our country has 12,000 drug wholesalers, 5,000 production firms and more than 400,000 drug retailers. There aren’t even 500 people with the aptitude to inspect drugs.

“Regulatory targets are many, but there are few people on the ground, making regulation difficult,” Li said.

For more on China, see this Fortune video:

So far no deaths or illnesses have been reported related to the vaccines. In that sense, China is lucky.

In another, it may not be. World Health Organization officials inside China and out have appeared in China’s press urging parents not to avoid vaccines. Many parents have said over social media they were wary of anything not required by schools—and they told foreign reporters the same thing. China has some of the world’s best immunization rates, but the scandal has put them at risk.

China has admitted its health regulators aren’t robust enough to police the market. Next time it might not be so fortunate.