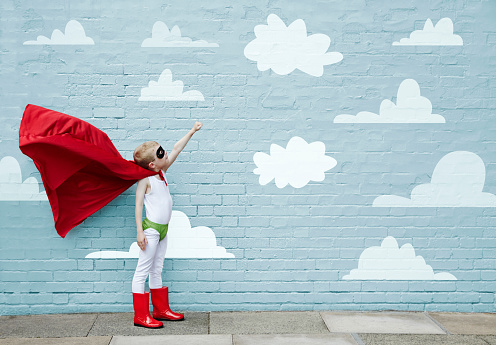 The Leadership Insider network is an online community where the most thoughtful and influential people in business contribute answers to timely questions about careers and leadership. Today’s answer to the question: How do you keep your team motivated? is written by Pau Sabria, cofounder and CEO of Olapic.

Historically, business leaders have used varying techniques to motivate their teams, including bonding activities, team-based performance goals, and even hanging inspirational quotes around the office. However, while many of these practices are tried-and-true, there have also been leaders who have inspired teams in meaningful capacities, such as Steve Jobs or Richard Branson, who are consistently revered for their untraditional approach to the workforce.

With each new generation bringing their own quirks and eccentricities to the workforce, a slightly modified approach is required to engage employees and motivate them to perform at their peak levels. Still, the conversation around motivation, and the systems in place not just organizationally, but across broader society, have remained fundamentally disconnected from the individualistic and highly complex concept that is “motivation.”

What do I mean? Well, motivation, at a high level, has traditionally been cultivated in companies through two distinct methods: money and power. Put differently, employees are motivated to perform in order to receive a raise and a promotion. While that tends to work well enough, the famous George Carlin quote rings true: “Most people work just hard enough not to get fired, and get paid just enough not to quit.” If the goal is to motivate people to do just enough, then a standard motivation system will be just fine. But some leaders are beginning to recognize that there has to be a better way.

See also: Why Pitching a Really Bad Idea Isn’t the End of the World

Money and power will keep people at a job, but they won’t inspire the best employees to do their best work. Part of the reason is due to the idea of “habituation,” meaning, people get used to their circumstances over time. While a raise might dramatically improve the lifestyle of a younger employee making a relatively smaller salary, over time, as the employee makes more money and acquires wealth, increasing his/her income will have diminishing returns on his/her motivation and productivity. So, what can business leaders do? It starts by recognizing that motivation is a far more complex and individualistic ideal, involving a number of variables such as:

Certainly, there may be individuals who are primarily motivated by money and power, and that is fine, but it is key to separate their intrinsic motivation from their peers. Once a leader has a solid understanding — through organizational outreach, stakeholder interviews, and a general understanding of the employee base — systems need to be constructed that reward employees accordingly.

In essence, employers need to create more personalized career paths for their top employees. For example, if one group of employees values giving back to the community, offering a day of service for meeting quarterly goals might motivate them more than a quarterly bonus. Or if another segment of employees wants to be challenged in their work, allowing them to participate in an extracurricular project internally might mean more than an automatic title jump after two years of service. These considerations will be different by industry, by organization and again, by individual. But leaders of the future are already developing cultural changes to match the personalization needed to push today’s workforce to greatness.