What You Need to Know About the Productivity Slump 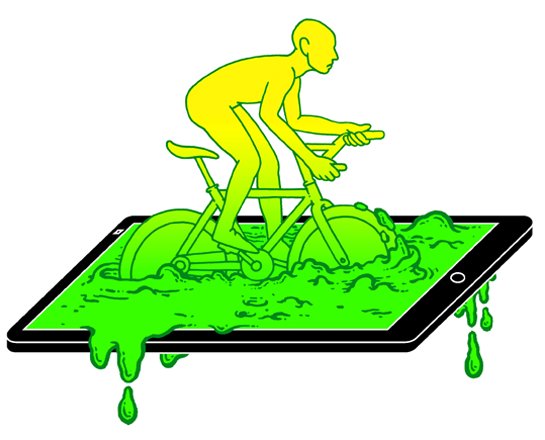 Here’s a stumper: We live, as the Silicon Valley narrative goes, in an era of breathless disruption, speeding toward “frictionless” existence courtesy of Amazon (AMZN), Uber, the iPhone, and sundry other modern wonders.

Yet we also live, by the reckoning of many concerned economists, at a time of historically low productivity growth. Since 2010, ­productivity—essentially the output per hour of labor—has edged up an average 0.5% each year, according to the U.S. Bureau of Labor Statistics. That’s tiny compared with the increase from 1974 to 1994, when productivity climbed 1.6% a year on average, or from 1995 to 2004, when it rose 2.8%.

Why do a few percentage points matter? Increased productivity—producing more with less through some technological or labor-related innovation—drives wage increases and raises living standards. Two recently published papers, one from the University of Chicago Booth School of Business and the other from Federal Reserve economists, contend that U.S. GDP would be $3 trillion higher, up 17%, had we maintained the 2.8% productivity growth rate of the late ’90s and early aughts.

Silicon Valley, for its part, argues there’s a measurement problem, not a slowdown, and says big contributions from new technology are missing from the data. Both new papers disagree, though—one even found that with better measurement, growth would be slower.

Why, at this time of great technological progress, is efficiency plateauing? Economists have only theories: A feel-good one is that we’ve seen less a slowdown than a “return to normal.” The soaring productivity experienced at the turn of the millennium had much to do with the wide adoption of revolutionary information technology. A more dour one, proffered by Northwestern’s Robert Gordon, is that America’s most productive years—propelled by game changers like indoor plumbing, electricity, the combustion engine, and the computer—have passed.

For more on productivity, watch this Fortune video:

Others speculate gains are hampered by conservative capital investment—in which recession-scarred corporations sit on mountains of cash. Alternatively, the OECD has nuanced research asserting that productivity is soaring at top multinational firms; it’s just the rest of the business world, slower to adopt innovation, that’s increasingly falling behind.

Another theory? There is no slowdown. Nick Bloom, a Stanford economist, argues that others have sliced and diced the data in a way that falsely gives that impression, which sells well in the media. In any case, he says, there’s no need for doom and gloom. However disappointing the U.S.’s productivity stats may be, they’re not predictive of what’s to come.

A version of this article appears in the April 1, 2016 issue of Fortune with the headline “We Were Promised a 20-Hour Workweek.”