China Goes 1 for 2 in Fishing Boat Wars With Neighbors 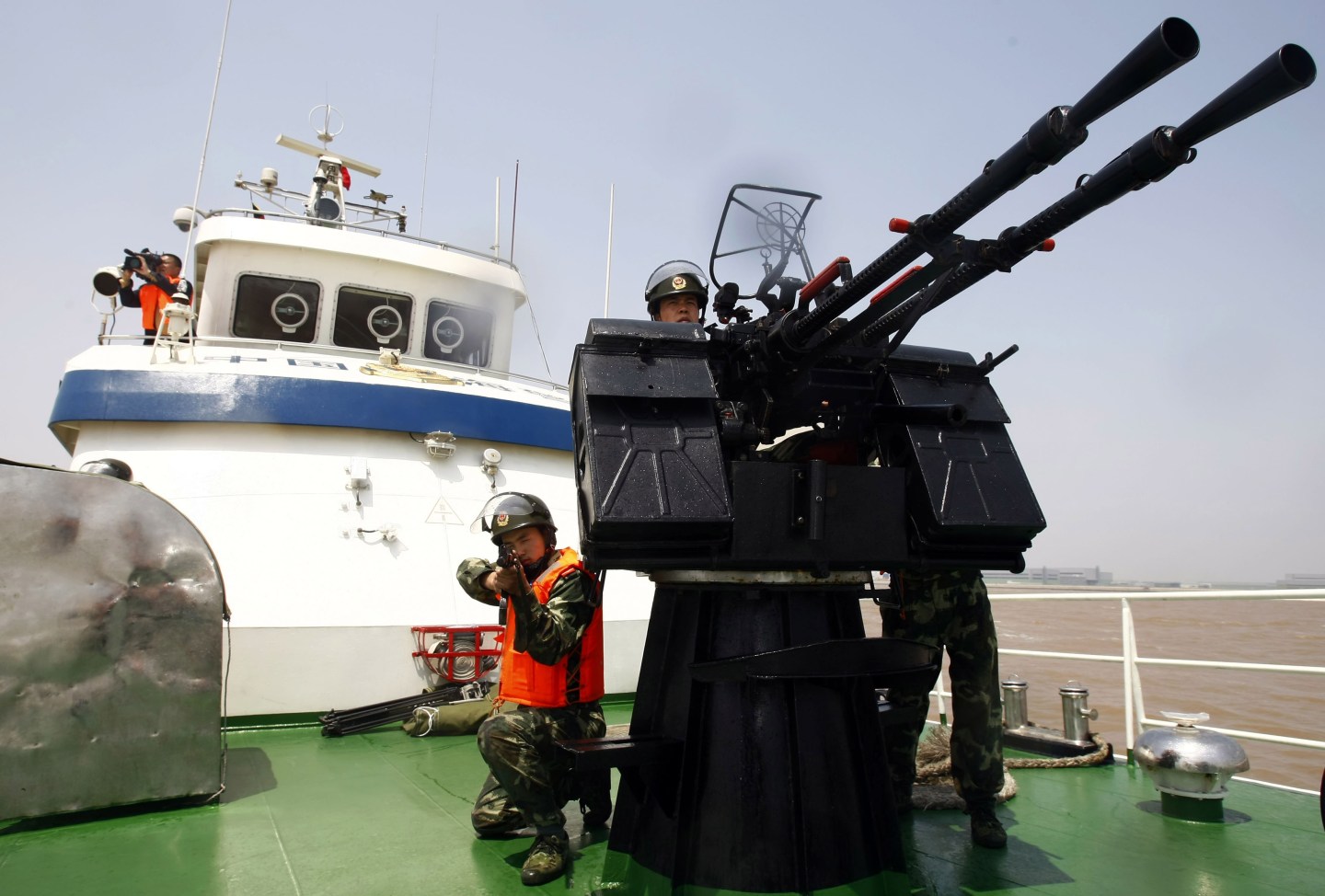 SHANGHAI, CHINA - APRIL 23: (CHINA OUT) The Chinese Coast Guard takes part in a security drill in preparation for the Shanghai World Expo 2010 on April 23, 2009 in Shanghai, China. The Expo will take place from May 1 to October 31, 2010. (Photo by ChinaFotoPress/Getty Images)
ChinaFotoPress Getty Images

China’s fishing fleet got itself involved in a second diplomatic incident for the second time in a week–and this time, it used force to secure a better outcome.

An Indonesian patrol boat had arrested the trawler’s crew after firing warning shots in the air when it approached the Chinese trawler. It was towing the Kway Fey away when the Chinese coastguard rammed the trawler, allowing it to break free and escape, according to the Indonesian government.

The incident is another worrying sign of China’s increased willingness to assert its interests by force in a neighborhood that its views as its backyard. It also comes only weeks after Beijing deployed anti-aircraft missile batteries to a disputed chain of islands in the South China Sea, one of the world’s busiest and most strategically important sea-lanes.

Indonesia is not embroiled in rival claims with China over the South China Sea and has instead seen itself as an “honest broker” in disputes between China and the Philippines, Malaysia and Brunei.

But the incident has angered it and led to its questioning of its work to promote peace.

“We feel interrupted and sabotaged in our efforts,” fisheries minister Susi Pudjiastuti told reporters in Jakarta after meeting Chinese embassy officials to discuss the incident.

“We may take it to the international tribunal of the law of the sea,” Pudjiastuti said.

Indonesia’s Deputy navy chief, Arie Henrycus Sembiring, told the news conference the navy would send bigger vessels to back up its patrol boats in the region.

On Monday, China‘s foreign ministry repeated that the fishing boat was operating in “traditional Chinese fishing grounds,” again demanded the fishermen be released and added the Chinese coastguard vessel did not enter Indonesian waters.

Pudjiastuti said the eight detained Chinese fishermen would be processed in accordance with Indonesian law.

China and Indonesia do not contest the sovereignty of the Natuna islands and the seas around them: both agree they are part of Indonesia. A Chinese foreign ministry spokeswoman reiterated that on Monday.

The incident isn’t the first of its kind, even between China and Indondesia. In March 2013, armed Chinese vessels confronted an Indonesian fisheries patrol boat and demanded the release of Chinese fishermen who had been apprehended in Natuna waters.