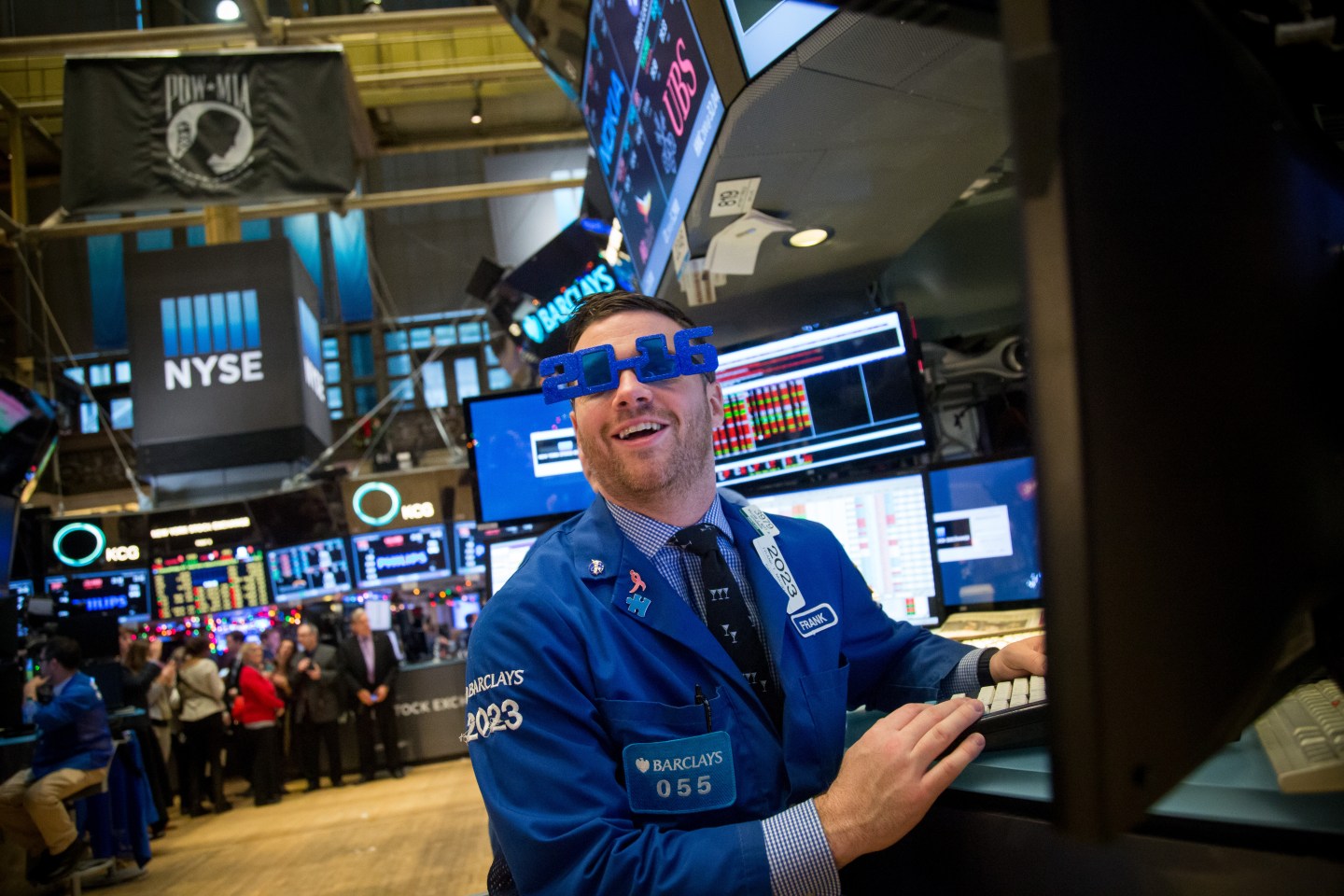 After losing money for two and a half months straight, the S&P 500 finally turned positive for the year for the first time in 2016.

The S&P 500’s rise capped off a fifth week in a row of gains for the index, and also followed a similar milestone for the Dow Jones Industrial Average, which posted its first net gain for 2016 the day before.

Of course, the S&P 500 is still trading nearly 4% below its all-time high last May, and slightly down from where it was on the second-to-last day of 2015, December 30.

So far this year, the S&P 500’s biggest winners are mining stocks Freeport-McMoRan (FCX), up 59% in 2016, along with Newmont Mining (NEM), which has risen more than 54%. Next up are retail stocks Urban Outfitters (URBN), up 48%, and Michael Kors Holdings (KORS), which has gained 42% this year.

On the loser end of the index, the four companies that have fallen the most in 2016 are all specialty pharmaceutical or biotech firms, which have struggled amid criticism of drug price increases and increased regulatory scrutiny of their business models. The losing stocks include Endo International (ENDP), down 51% this year; Vertex Pharmaceuticals (VRTX), which has lost 34%; Regeneron Pharmaceuticals (REGN) down 33%; and Alexion Pharmaceuticals (ALXN), which has also fallen nearly 33%.

While shares of Valeant Pharmaceuticals (VRX), the poster child of the drug price controversy, have fallen even further than those stocks— now down more than 73% year to date—the Canada-based company is not included in the S&P 500.