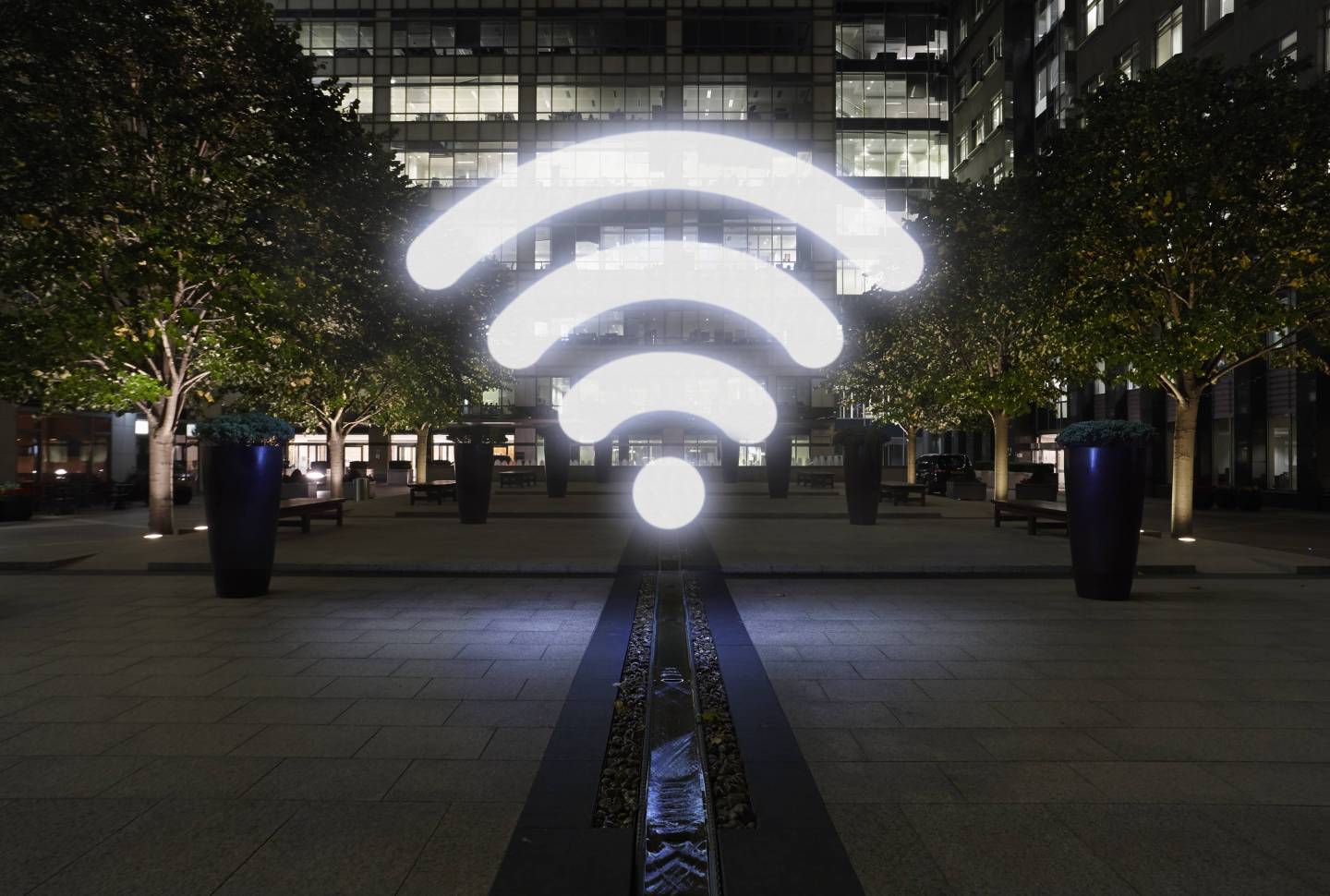 One big factor holding back the rollout of free Wi-Fi hotspots in Europe (particularly Germany) is the legal uncertainty around copyright infringement—if someone hooks up to one of these hotspots and downloads something they shouldn’t, is the hotspot operator liable?

According to a top lawyer from the EU’s top court, the answer is no. Maciej Szpunar, one of the European Court of Justice’s advocates-general, said in a legal opinion that a German business owner operating a Wi-Fi hotspot could not be forced to pay fines for copyright infringements taking place over his network.

What’s more, the court adviser said the man, Tobias McFadden, could not even be forced to password-protect his Internet connection.

The European Court of Justice (ECJ) does not have to follow Szpunar’s advice when issuing its ruling, but it does generally go with what its advocates-general say.

The case was referred to the ECJ by the Munich regional court, which was grappling with McFadden’s refusal to pay an €800 ($905) fine to Sony Music over a song someone uploaded from his shop back in 2010. McFadden challenged the German law on electronic media (Telemediengesetz), which includes the country’s national version of rules set out in the EU’s 2000 e-commerce directive.

The directive famously limits the liability of “mere conduits” for other people’s information—Internet service providers, online platforms, and so on. The ECJ must now decide whether McFadden qualifies as the “provider of a service consisting in the provision of access to a communication network” even though this is incidental to his main business (renting out lighting and audio equipment for events).

According to Szpunar, McFadden’s free hotspot is part of marketing his business and gaining customer loyalty, so it is of an economic nature, so he gets limited liability through the e-commerce directive.

As for whether password protection would be required, Szpunar wrote that “conferring an active, preventative role on intermediary service providers would be inconsistent with their particular status, which is protected.”

For more on public Wi-Fi, watch:

He added that requiring people to register their details to access the hotspot would not in itself stop them from infringing copyright, so its proportionality is questionable.

“Any general obligation to make access to a Wi-Fi network secure, as a means of protecting copyright on the Internet, could be a disadvantage for society as a whole and one that could outweigh the potential benefits for rightholders,” Szpunar wrote.

“First, public Wi-Fi networks used by a large number of people have relatively limited bandwidth and are therefore not particularly susceptible to the risk of infringement of copyright protected works and objects. Secondly, Wi-Fi access points indisputably offer great potential for innovation.”

The European Internet service providers’ association, EuroISPA, was very much in favor of the opinion.

“If confirmed, this ruling would provide the legal certainty necessary for a dramatic expansion of public Wi-Fi access points, potentially to the point that free Wi-Fi could become commonly available across European commercial/retail environments,” the group said.

Whether the ECJ’s judges will follow Szpunar’s opinion will become apparent in a few months’ time.