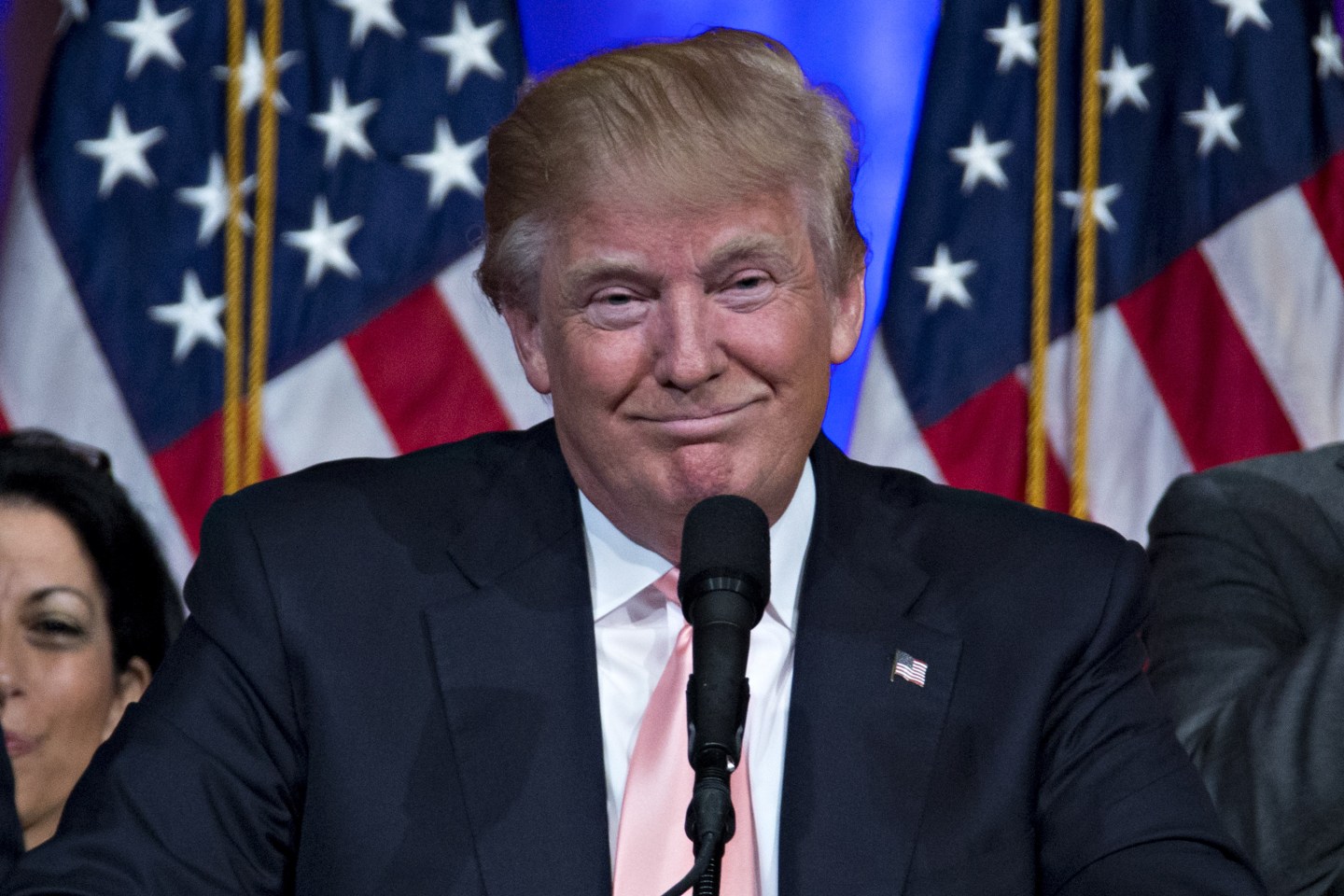 In the world of Republican donors, perhaps no individual wields as much power as Sheldon Adelson, the reclusive Las Vegas billionaire who donates million of dollars to groups supporting the candidates of his choice. So far, he hasn’t selected a candidate to back for president in 2016. But he says he would be open to supporting Donald Trump in a general election.

Though he holds a range of conservative views, Adelson’s political interests all lead back to his unequivocal support for the State of Israel and his belief that American foreign policy should do whatever necessary to support the Jewish state. This led some people to think Adelson might be reluctant to support Trump—though the New York businessman claims to be pro-Israel, some believe he isn’t particularly engaged on the issue.

Politico is now reporting that Adelson said he’d support Trump at a gala in February. “Trump is a businessman. I am a businessman. He employs a lot of people. I employed 50,000 people. Why not?” he reportedly said.

Adelson’s views on Israel go beyond the consensus among American Jews and even American conservatives. He has previously stated that Israel should annex the West Bank. He has also said, “God didn’t talk about Israel remaining as a democratic state. [If] Israel isn’t going to be a democratic state—so what?” according to the Huffington Post. When discussing U.S. negotiations with Iran on its uranium enrichment programs, Adelson has previously advocated for detonating a nuclear weapon in the desert of Iran and then dropping one on Tehran if the Iranian government doesn’t capitulate.

The issue of American support for Israel will take center stage early next week when the American Israeli Public Affairs Committee—the most powerful pro-Israel lobby in the country and a group Adelson considers too liberal—will host its annual policy conference. Every remaining presidential candidate other than Bernie Sanders has confirmed they will speak at the event.