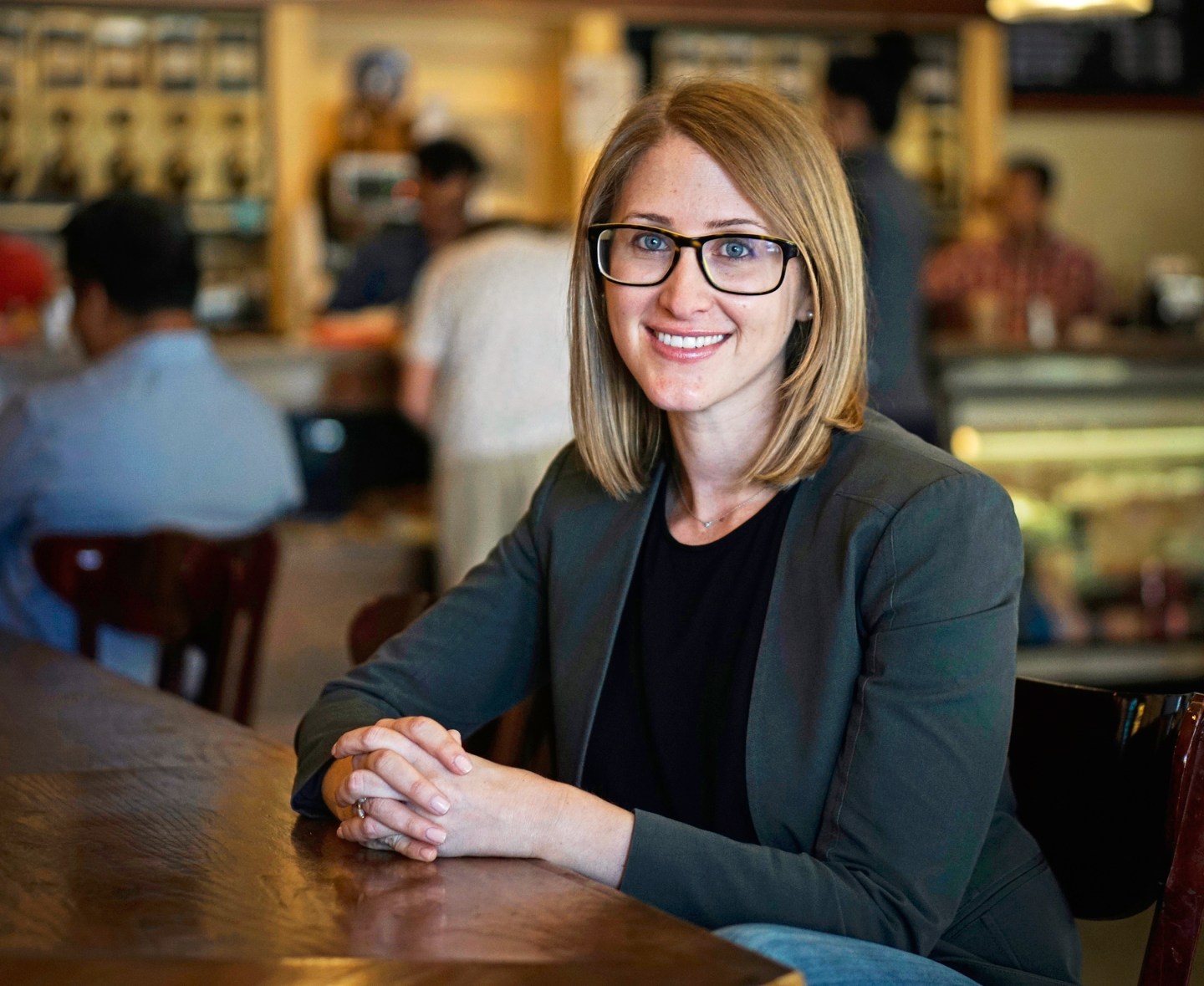 Joelle Emerson, poses for a photo in Palo Alto, Calif., on Tuesday, August 11, 2015. Emerson, 30, is the CEO of Paradigm, a startup that is working with tech firms including Pinterest to help them diversify their workforce. (John Green/Bay Area News Group)
San Jose Mercury News

As a lawyer fresh out of law school, Joelle Emerson believed she could make an impact by working at San Francisco non-profit Equal Rights Advocates, to represent women who had been discriminated against in the workplace. She quickly realized the companies she was suing were all in tech. “There was a real problem,” Emerson told Fortune. “I wanted to help companies that want to get it right rather than suing companies that get it wrong.”

As a result, she founded Paradigm, a consulting shop that has become a go-to adviser for tech unicorns including Airbnb, Pinterest, Slack, and online ed startup Udacity. She’s also working with Intuit (INTU) and Opower.

Silicon Valley’s need for a diversity consultant was long overdue. After a few sexual harassment lawsuits, tech companies have woken up and are starting to improve the representation of female and minority employees. Many tech heavyweights, including Google (GOOG), Yahoo (YHOO), and Facebook (FB), have published diversity numbers, and their data have exposed a huge problem. On average, women account for only 30% of the entire industry, and stats on race are more disappointing: 23% Asian, 8% Latino, and 7% African-American.

The numbers don’t lie, says Emerson. While Paradigm isn’t the only diversity coach in Silicon Valley, Emerson’s approach is grounded in what all of these companies value most: data.

For each client, Emerson says she spends about three months gathering information and observing recruiting practices. Key to Paradigm’s process is proprietary software that analyzes a company’s HR data and uses algorithms to determine where it has missed opportunities to add more female, African-American, and Latino employees. Emerson and her team also embed themselves in the recruiting process to evaluate the colleges their clients target and even review the wording of job postings.

For more on diversity, watch this Fortune video:

“It’s been game changing,” says Abby Maldonado, diversity programs specialist at Pinterest, referring to Paradigm’s work. One change instructed by Paradigm was simply asking employees to refer potential hires from underrepresented demographics. After this, Pinterest saw a dramatic increase in the number of black and Hispanic engineer applicants.

Emerson also advised Pinterest through changes to the company’s campus recruitment. As a result, the company expanded its reach to additional colleges and universities, as well as partnership-led events with industry groups, such as the National Society of Black Engineers. Recruiters and employees were also instructed to introduce candidates by their major instead of where they went to college, which might create an automatic bias.

Pinterest’s intern hires for 2016 now have a greater representation of women—increasing in one year from 32% to 53%.

Both Airbnb and Pinterest have engaged Emerson and her team indefinitely to consult on diversity challenges as they arise. Mike Curtis, head of engineering at Airbnb, spends one hour every week with Paradigm. The company has changed many of its job descriptions, which Emerson says had included wording, such as graduating from a “top-tier school,” that could potentially scare away excellent candidates.

Curtis says that Emerson’s approach “doesn’t come from a place of judgment.” By using data analytics, he says, she has found a way to shift hiring practices.

A version of this article appears in the March 15, 2016 issue of Fortune with the headline “Tech’s Diversity Fixer.”