Japan Fears to Tread Where the ECB Rushed in 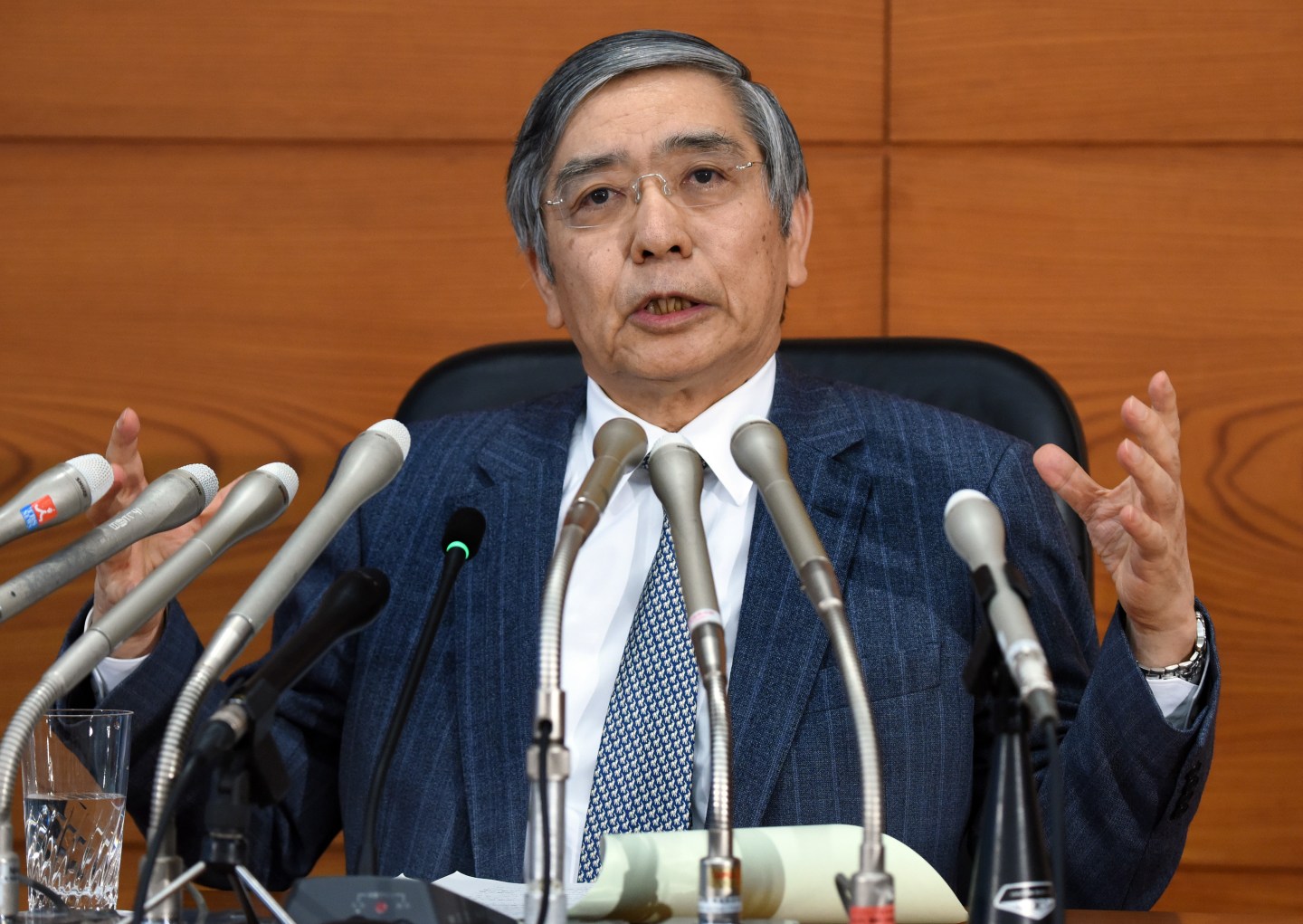 The Bank of Japan chose not to follow the European Central Bank in cutting its interest rates even further Tuesday, but gave a bleak outlook on the economy that suggests it hasn’t yet ruled out the possibility.

The BoJ said it will maintain its massive asset buying program at existing levels but offered a bleaker view of the economy, suggesting it may roll out more stimulus as it struggles to reach an elusive inflation target.

However, the central bank’s inaction on negative interest rates, highlighted the dilemma the BOJ faces as it struggles to respond to renewed signs of economic weakness with dwindling policy options.

Six weeks after it shocked global financial markets and alarmed the Japanese public by moving to negative rates, the BOJ dropped a reference in a statement after a policy meeting that it will cut negative rates even more deeply if needed.

The BOJ also widened exemptions to its new negative rate policy to include $90 billion in short-term funds dubbed money-reserve funds (MRFs) after the securities industry warned it could curb investment in the stock market.

“Overall, the impression we get from the BoJ’s latest policy statement is that the central bank is already de-emphasizing negative interest rates as a policy tool, in response to its poor reception by markets and the public,” HSBC said in a research note.

As widely expected, the BoJ said it would continue its purchases of government bonds and some riskier equity assets, reiterating its commitment to an 80-trillion-yen ($700 billion) base money target.

It also said it would stick to its new 0.1 percent negative interest rate that applies to some reserves parked by financial institutions at the central bank.

But it offered a gloomier view on the economy and exports in particular than it did in January, as volatile financial markets and sluggish emerging market demand threatened to derail a fragile recovery. It also lowered its assessment of inflation expectations to say they were “weakening recently.”

With the economy at risk of falling into recession once again, the BoJ is set to cut its growth and inflation forecasts at a quarterly review in April, sources familiar with the BoJ’s thinking have told Reuters.

“The downgrade of the economic assessment is a prelude to further easing,” said Hiroaki Muto, an economist at Tokai Tokyo Research Center, adding that he expects the BOJ to ease policy again in April.

The BoJ unexpectedly cut a benchmark interest rate below zero in January, but the move has failed to boost stock prices or arrest an unwelcome rise in the yen, drawing criticism from lawmakers for confusing, rather than calming, markets.

Since then, the BoJ has been in damage control with Governor Haruhiko Kuroda scrambling to find positives in the policy which is proving unpopular with both the public and banks.

In a nod to criticism over January’s decision, the BoJ removed a line from its statement announcing its policy decision that it will cut interest rates further if necessary.

The central bank also decided to offer greater exemptions from negative rates for financial institutions that use its loan programs to boost lending. Despite such concessions, two of the nine BOJ board members voted against keeping the 0.1 percent negative rate, on concern over its potential damage to the financial system.