How A So-Called ‘Professional Disruptor’ Snuck into a Trump Rally 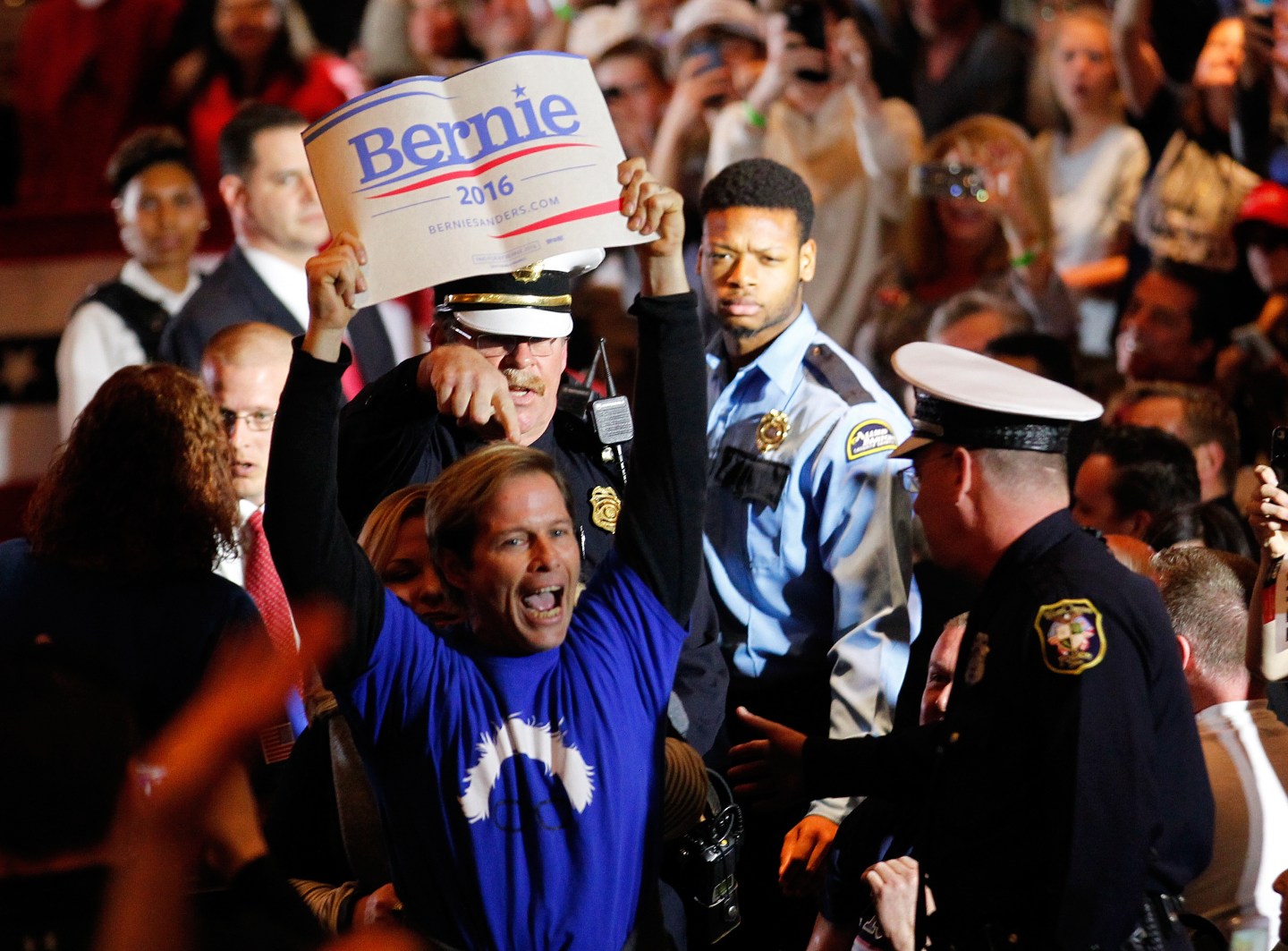 Stay-at-home mom Tonja Bales, a Bernie Sanders supporter, wasn’t surprised she and her husband were thrown out of a Donald Trump rally on Sunday.

“We fully expected to get thrown out,” says Bales, 45, a mother of two who lives in Cincinnati, Ohio.

She and her husband Christopher, an irrigation foreman and pipefitter, freely admit they attended the Trump event in Cincinnati on Sunday, with the idea of disrupting it. According to Bales, they waited in line for an hour and a half to get into the venue. They then endured a three-hour wait inside before Trump finally appeared on stage.

The couple then wasted no time getting down to business. Five minutes after Trump took the stage, the couple dramatically ripped up their pre-printed “Trump for President” signs that were distributed at the event, and chanted, “Respect existence or expect resistance!”

The couple say they were immediately escorted out by local police.

She also said that the attendees were cordial and civil — at least while they thought they were dealing with fellow Trump supporters. “I didn’t see nearly as much hateful rhetoric as I thought I would,” she said, although she did overhear one attendee wondering aloud if protesters had ties to ISIS. However, once she and her husband tore up their Trump signs and started chanting, the mood of the crowd flipped.

“The faces immediately changed and it became a little scary,” she said. “One man grabbed my husband, but the police stopped it right away.”

As Donald Trump’s campaign events have been the scene of several altercations, all of the presidential candidates have pointed the finger at Trump and his bellicose rhetoric. Trump, in turn, has pointed the finger at protesters, whom he’s called “disruptors” and “thugs.” Trump has also accused the campaign of candidate Bernie Sanders of orchestrating the disruptions at his rallies, including Friday’s event at the University of Illinois at Chicago that was cancelled due to security concerns.

Bernie Sanders is lying when he says his disruptors aren't told to go to my events. Be careful Bernie, or my supporters will go to yours!

Bernie Sanders said that anyone following Trump’s campaign ‘‘knows that he tells the truth very, rarely’’ and that in this instance, ‘‘He’s lying again.’’

Donald Trump and many of his supporters have said that the protesters are trying to shut down other people’s First Amendment rights, whatever their motivation might be.

Liberals love the first amendment until you say something they don't agree with.

Bales denied that and argued that she and other protesters are only engaged in the exercise of free speech themselves.

“You know, everyone loves having an opinion, until someone has an opinion about their opinion,” she said. “It’s reminiscent of when the bully finally gets bullied back and runs to the principal.”

On March 15, five states, including Ohio, hold their Republican primaries. In Ohio, polls show that John Kasich, the state’s Governor, is in a dead heat with Donald Trump.