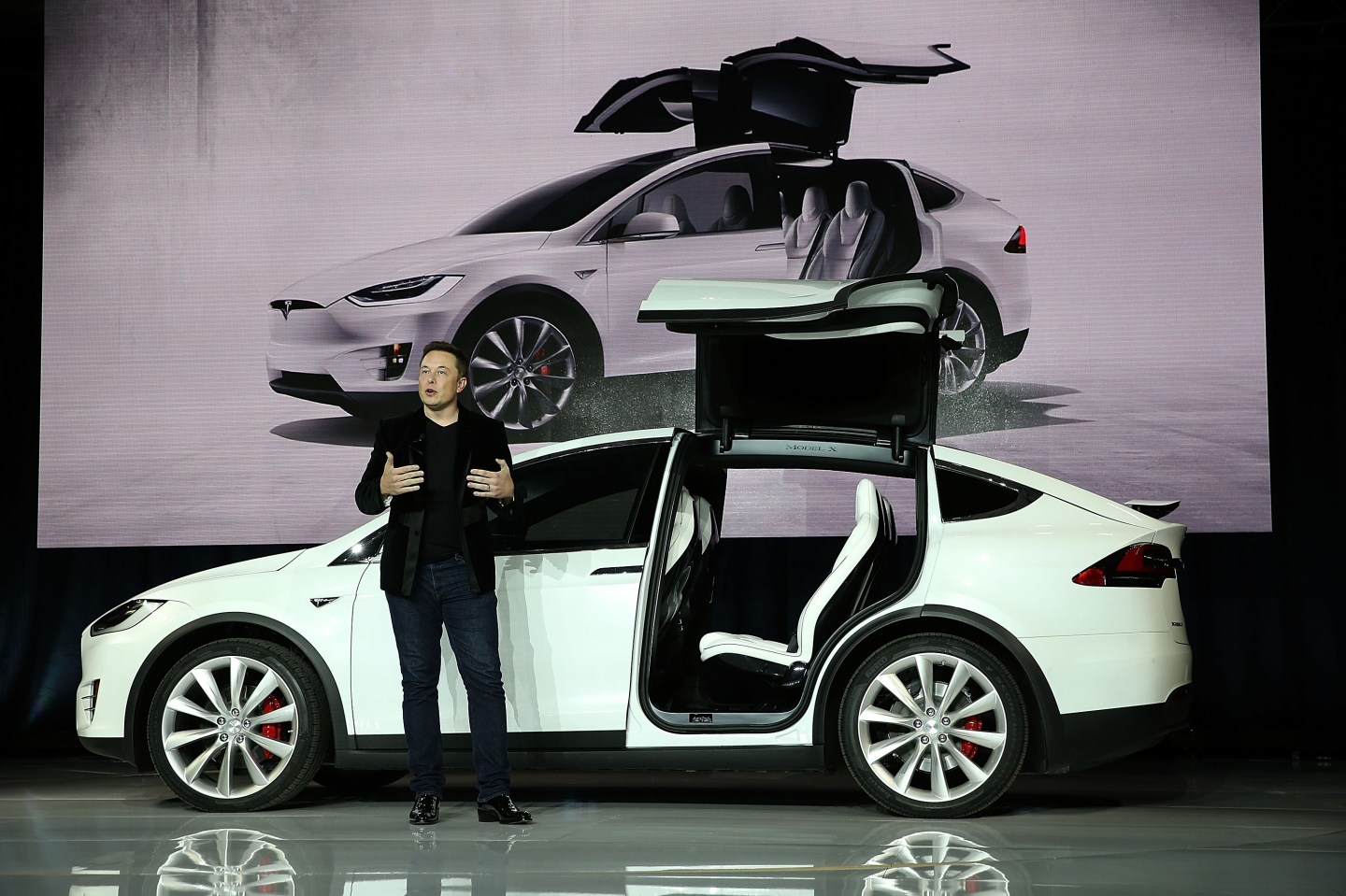 Reversing a long and slow stock decline, shares of electric car maker Tesla Motors jumped 3% on Monday morning on bullish sentiment from an analyst. The boost added to a rebound in Tesla shares over the last few weeks.

Robert W. Baird analyst Ben Kallo raised his stock target to $300 per share with the explanation that early production struggles with Tesla’s crossover SUV, the Model X, seem to be easing. He also said that with the unveiling of Tesla’s next car, the Model 3 on March 31, Tesla’s shares could climb considerably.

The car maker’s (TSLA) shares have been rising slowly in recent weeks, following lows around $162 in early February. The company’s stock was trading over $216 in morning trading and closed at $207.50 on Friday.

Sign up for Data Sheet, the tech industry’s daily newsletter.

Tesla will likely be on track to make on average 700 to 800 Model X vehicles per week towards the later half of the second quarter, said Tesla CEO Elon Musk during the company’s earnings call last month. That would mean Tesla could deliver 16,000 cars—both the Model S and the Model X—by the end of the first quarter of 2016, which is fewer cars than it made during the last quarter of 2015.

Will Tesla’s new Model X be a hit? Watch:

The auto company plans to show off the designs for its Model 3 car, a lower-cost and more mainstream vehicle, for the first time at Tesla’s design studio in Hawthorne, Calif. on March 31. The Model 3 isn’t expected to start shipping until the end of 2017, which means many reservation holders wouldn’t get the car until well in 2018. The car is supposed to cost $35,000 and have a 200-mile battery range.

If the designs of the car are attractive enough, reservation holders could start getting in line to purchase the car starting on March 31. RW Baird’s Kallo is expecting a good reaction—and for Tesla’s shares to rise following the event.