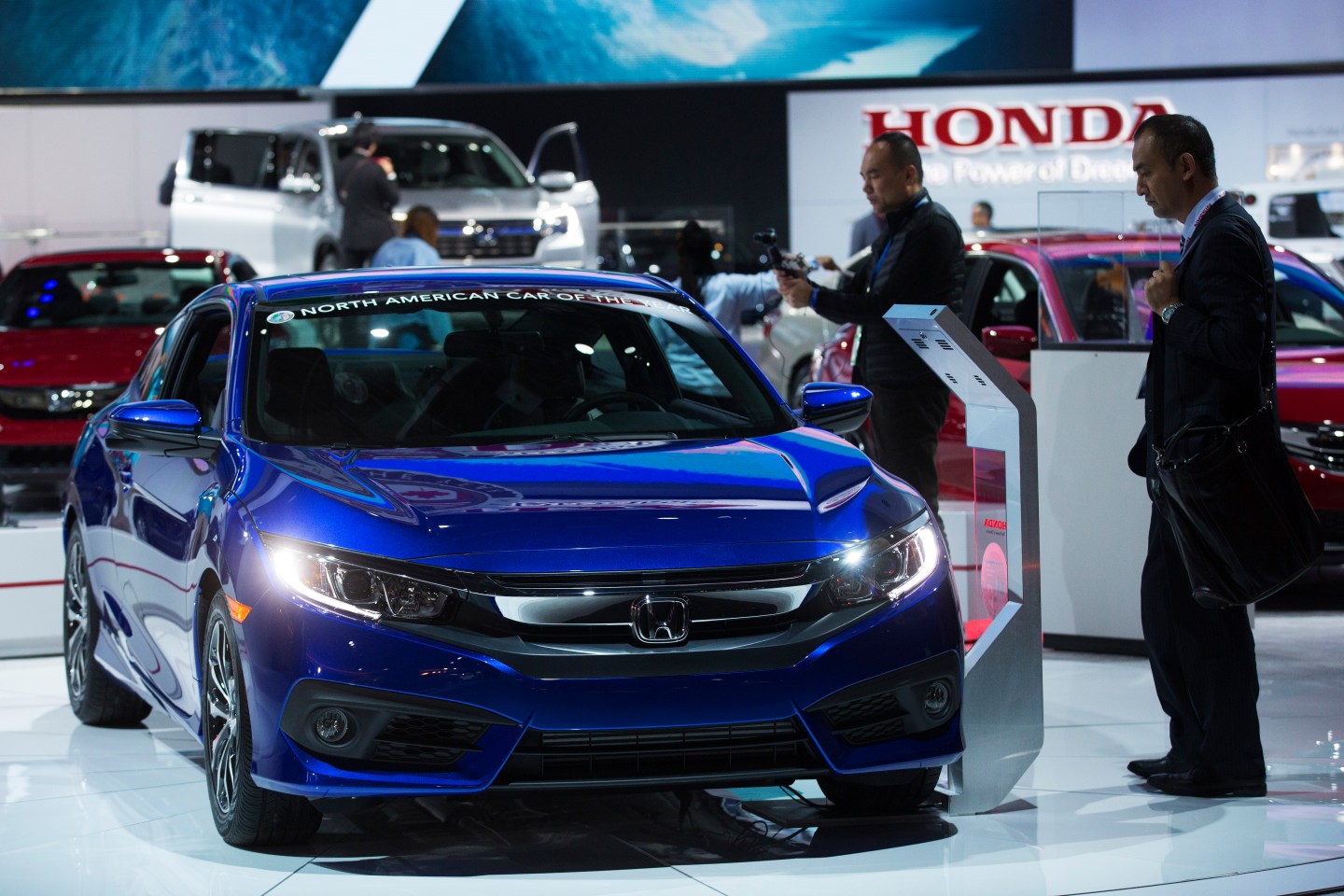 General Motors (GM) Friday made news for the high price it paid for a startup that develops self-driving technology. It forked over more than $1 billion for Cruise Automation, which most recently was valued at $90 million.

Honda, meanwhile, is making waves for the relatively puny price tag it’s attached to its new Civic LX Sedan that can be purchased with autonomous driving capability. The vehicle costs $20,440, according to The Wall Street Journal.

The Civic LX can be equipped with advanced-driver assistance systems, known as ADAS, which keeps a car in its lane and allows for automatic braking and cruise control. Automakers shy away from characterizing ADAS-equipped cars as “self-driving” for fear of raising questions about liability if the system makes a mistake. Nevertheless, in a new Civic, a 25-mile drive can be made with the driver’s hands off the wheel and his foot off the gas so long as lane markings are visible and another vehicle is in front of the car, according to the WSJ. The Civic can sense when it should slow down, veer, or brake.

Honda did not immediately return Fortune‘s request for comment.

The Civic’s low price is noteworthy because it puts the ADAS technology—which is thought to mitigate the dangerous effects of distracted driving—within the reach of young drivers, who need it most. Drivers 15- to 19-years-old are most likely of any age group to be distracted when they’re involved in a fatal car crash. Likewise, drivers in their 20s are also prone to distracted driving.

Following an unexpected spike in traffic deaths in 2015, some advocates in Washington are pushing for Congress to make ADAS features standard on light vehicles. The National Highway Traffic Safety Administration is considering ways to promote the technology, and Congress is conducting a hearing with Google, GM, Delphi Automotive, and ride-hailing service Lyft to discuss advancements in autonomous vehicle technology on Tuesday.