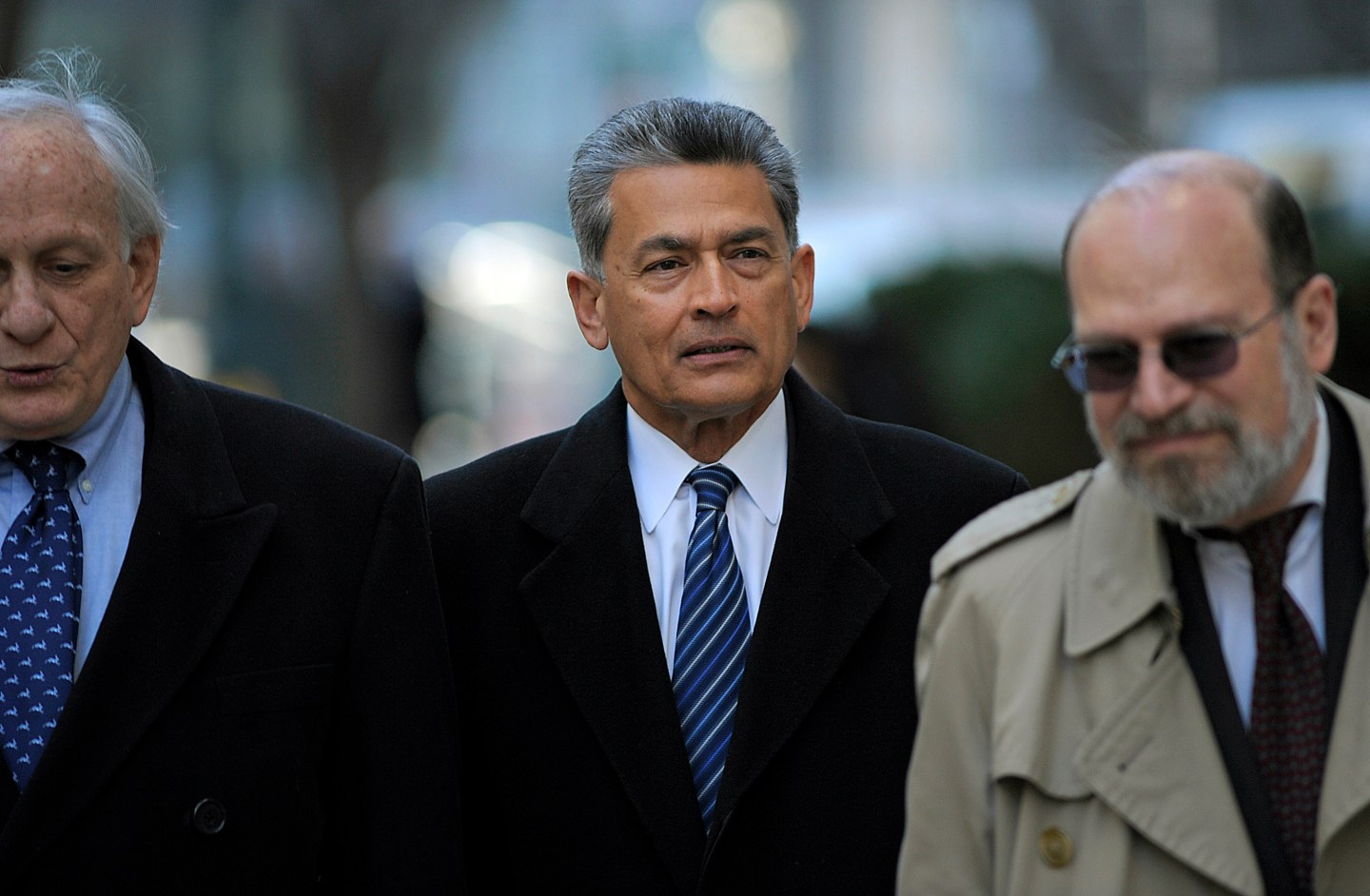 The former director of Goldman Sachs (GS) was convicted in 2012 for insider trading after turning himself in to the FBI. He was subsequently sentenced to two years in prison, which is about four times less than federal sentencing guidelines. Additionally, he was fined $5 million. Gupta, 67, finished out the last two months of his sentence under house arrest at his Manhattan home, BBC reports. As of Friday, he was officially released.

Gupta was convicted after leaking boardroom secrets to billionaire Raj Rajaratnam, the founder of hedge fund management firm Galleon Group. According to phone records, Gupta called Rajaratnam just minutes after a 2008 confidential conference call about Berkshire Hathaway’s $5 billion investment in Goldman Sachs. Rajaratnam immediately purchased $40 million worth of stock in the financial firm, which ended up earning him about $1 million. Rajaratnam is currently serving an 11 year prison term for securities fraud.

The Business Standard writes that, according to Gupta’s record at the Federal Bureau of Prisons, a U.S. court has agreed to rehear his appeal to throw out the 2012 conviction.