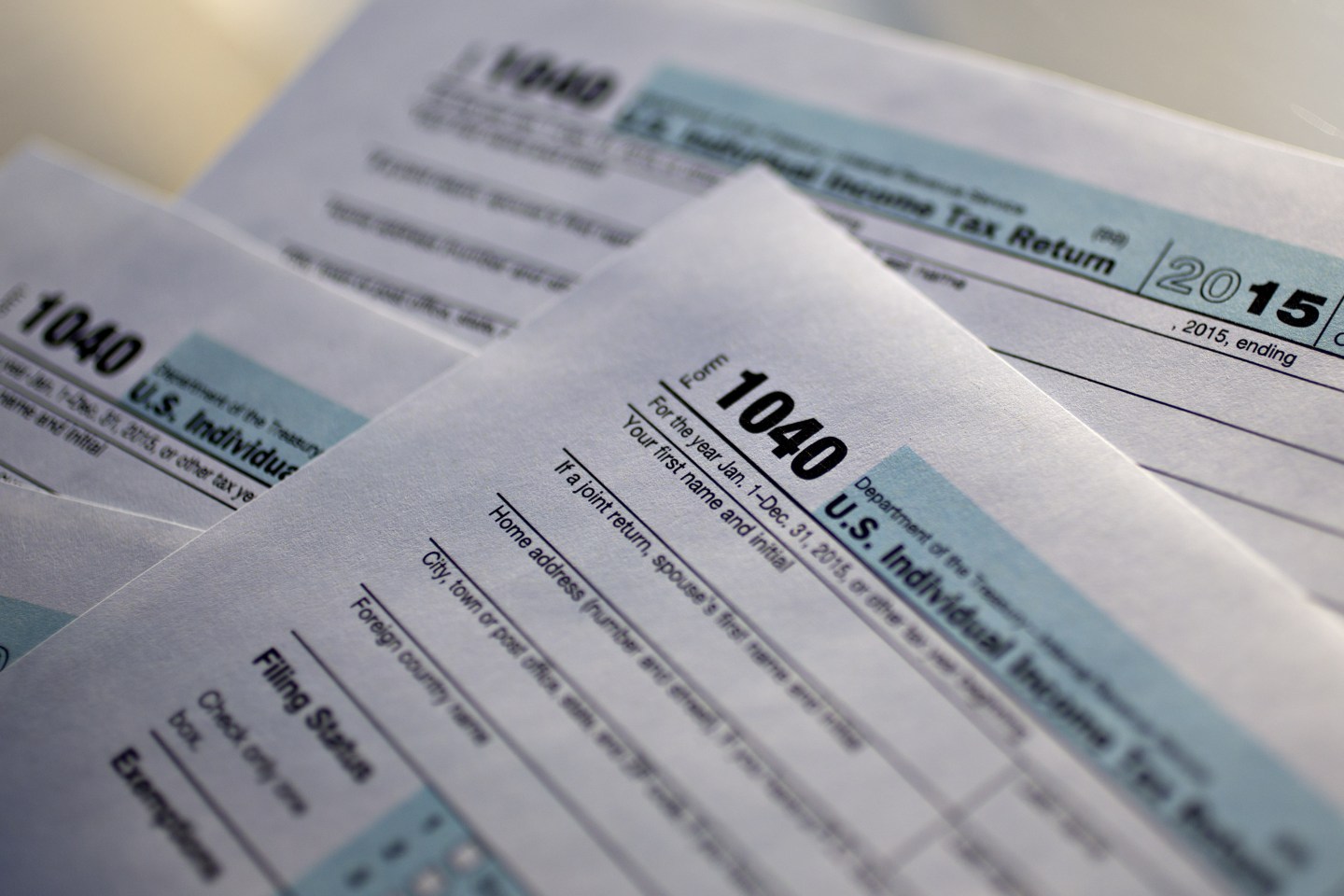 U.S. Department of the Treasury Internal Revenue Service (IRS) 1040 Individual Income Tax forms for the 2015 tax year are arranged for a photograph in Washington, D.C., U.S., on Tuesday, Jan. 19, 2016. The IRS began accepting 2015 individual income tax returns today and taxpayers have until Monday, April 18 to file their 2015 tax returns and pay any tax. Photographer: Andrew Harrer/Bloomberg via Getty Images
Photograph by Andrew Harrer—Bloomberg via Getty Images

The IRS is warning taxpayers against scammers’ newest tactic.

The agency wrote on its website that it has received reports of taxpayers being contacted by people claiming to be IRS agents, asking for personal and financial information over the phone. They use certain personal information, like the taxpayer’s name and address, as well as false badge numbers and IRS titles to present themselves as legitimate agents. They have also been known to adjust their caller ID numbers to make it appear as if the IRS really is calling.

“Don’t be fooled,” IRS Commissioner John Koskinen warns. “The IRS won’t be calling you out of the blue asking you to verify your personal tax information or aggressively threatening you to make an immediate payment.” According to the agency’s website, the IRS has already seen a 400% increase in phishing schemes this year alone. Since October 2013 there have been 896,000 phone scam reports, and 5,000 victims have paid a combined total of more than $26.5 million.

“These schemes continue to adapt and evolve in an attempt to catch people off guard just as they are preparing their tax returns,” Koskinen says. Some scammers have used aggressive threats, claiming that they will arrest or deport victims if they refuse to pay. They may also leave “urgent” callback requests or send phishing emails.

The IRS published a list of practices common to scammers that the agency would never undertake including demanding immediate payment over the phone without giving the victim the opportunity to question or appeal, requiring specific methods of payment like wire transfers or prepaid debit card transactions, and threatening to involve law enforcement authorities.