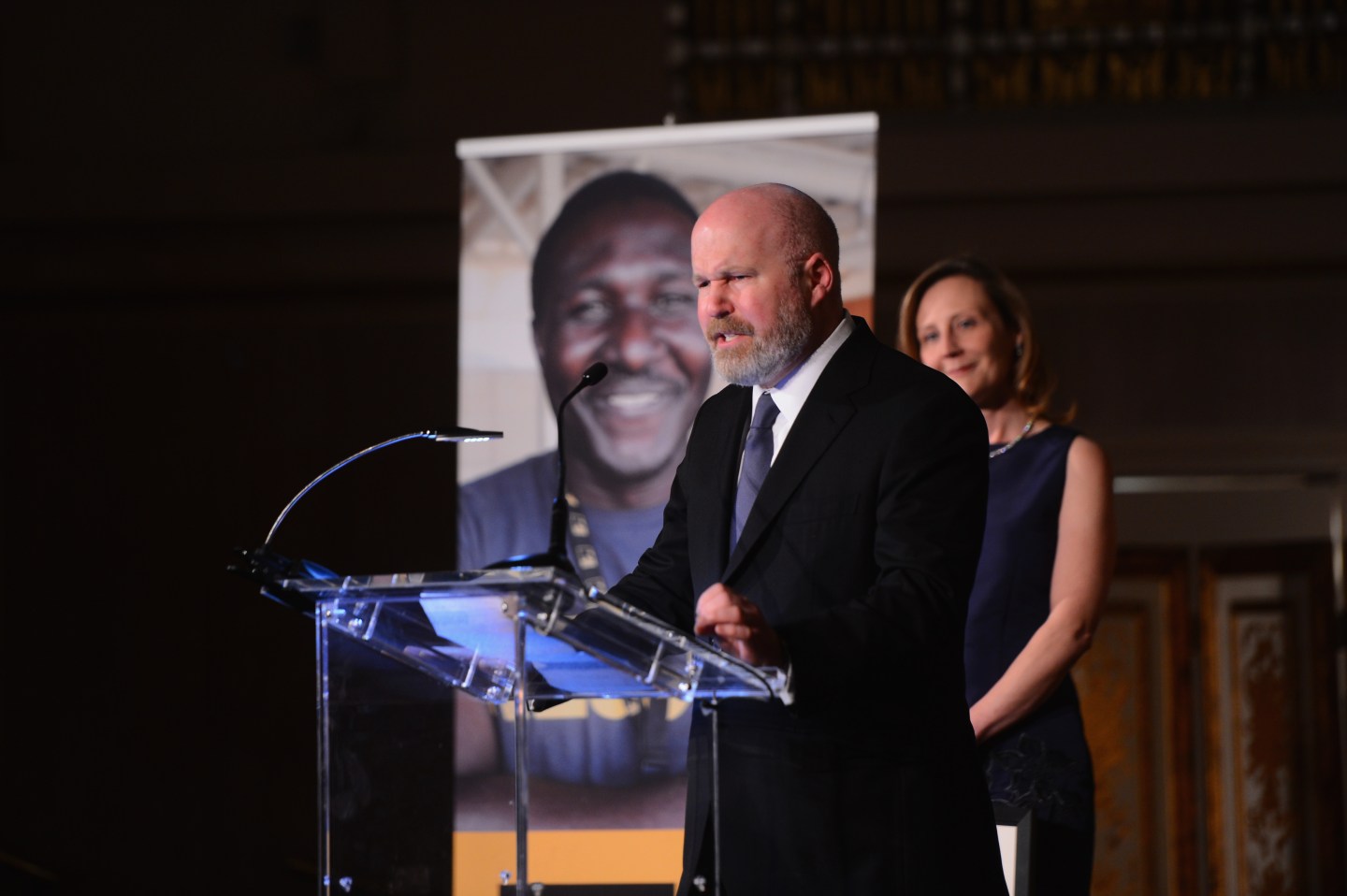 For families with a mishmash of political views, 2016 has been a rocky and divisive year in conversations due to the impending presidential elections.

For hedge fund manager Cliff Asness, a staunch critic of Donald Trump, 2016 has been a year of division, and suddenly reconciliation with the views of his recently deceased father.

“My father passed away this week and I’m writing about Donald Trump,” wrote the 49-year-old co-founder of $135 billion AQR Capital in an opinion piece for Real Clear Politics Monday that was part eulogy to his father and part measured criticism of Trump.

“If that seems a little weird, I get it,” he continued, writing that he’d cried and eaten his fill while mourning for a week. So he turned to penning a soul-searching opinion piece that attempts to reconcile the image of his father, someone Asness loved and respected, with the man his father had supported and he had not: Republican presidential candidate and frontrunner, Donald Trump.

Asness reaffirmed that he was a supporter of fellow Republican candidate, Marco Rubio, and said Trump and his economic plan is “a disaster for the GOP, and for the country.”

“I can’t dismiss Trump as easily as before. I have to keep a more open mind—if not about his qualities than perhaps about the need for Trump despite some of those qualities,” Asness wrote. “So, I’m still #againsttrump, but with a bit more confusion, and a bit more willingness to listen than before.”

“All I know is that my facile ‘only angry fascist idiots are for Trump’ explanation is refuted,” Asness wrote.