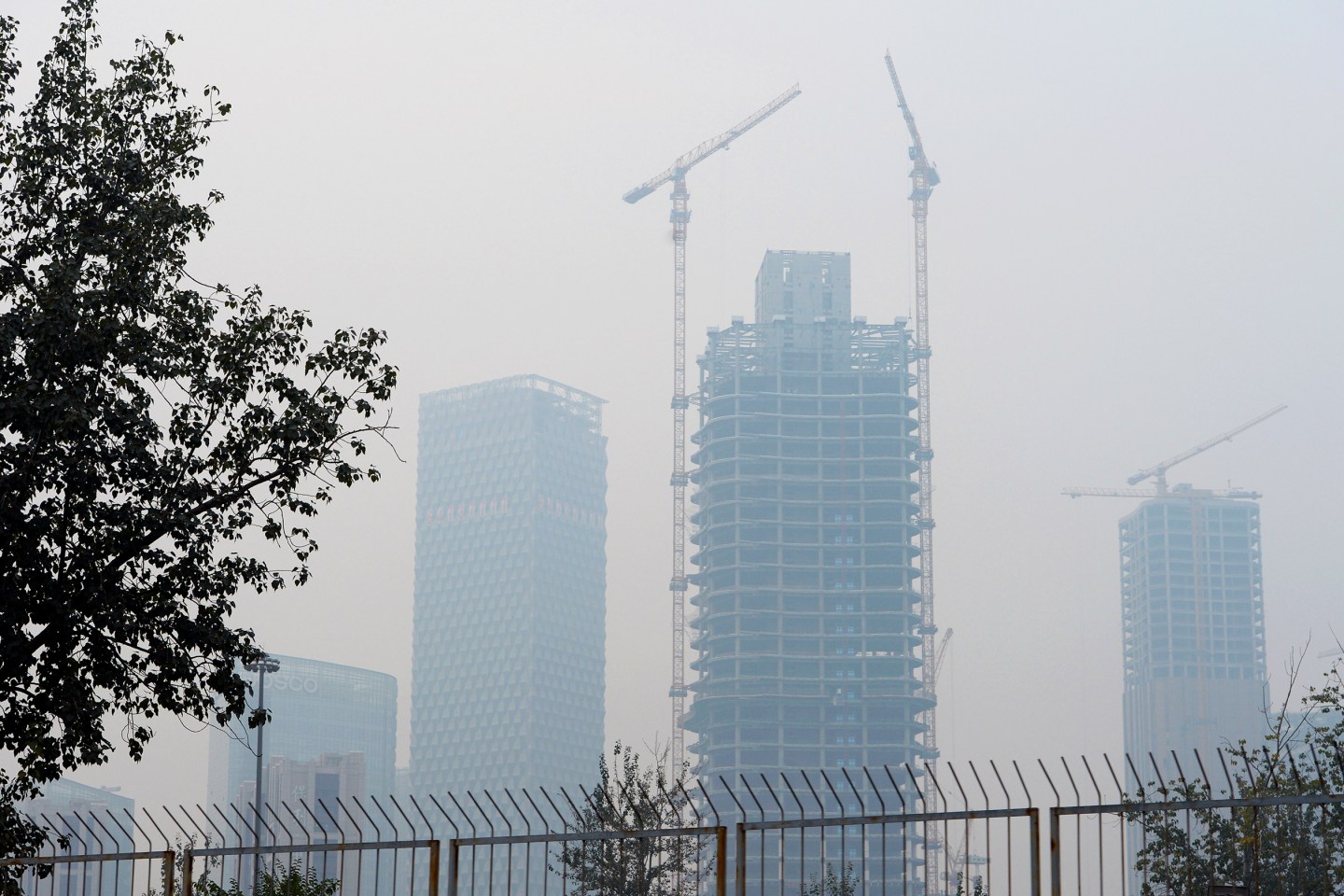 The panic over China’s economy so far this year might be waning.

Taken together with the Friday news of the renminbi hitting a year-high against the U.S. dollar and capital outflows slowing way down in February, the host of economic figures China released over the weekend offers some hope for the world’s second-largest economy.

The economic figures weren’t great, but neither were they terrible. Retails sales for the months January and February grew at 10.2% year-over-year, slightly below estimates. Industrial production growth of 5.4% also missed estimates. However, real estate, responsible for 15% of the country’s GDP, is humming again after a slow 2015. Housing sales grew the fastest since spring 2013 and property investment growth experienced the first positive growth in half a year.

Put it all together and you have an economy that appears to be on steadier ground than it was a couple of months ago. Chinese central bankers can even delight in the news speculators are losing hundreds of millions on bearish currency bets.

The economic releases came over the weekend as Communist Party officials finish a week and a half of government meetings in Beijing. Officials sounded assured and victorious that the carnage has stopped.

But the victories they claimed over pessimists appear short-term.

The new stock market regulator said the country would continue intervening in the stock market to prop up prices when necessary. The IPO system requiring government approval for every listing wouldn’t change either, as had been expected by now. Both statements were disappointing for reformers.

Separately, the government is propping up the real estate market in hard-hit smaller cities. The Ministry of Housing explained recently how a city in Sichuan province reduced its housing inventory in less than a year by subsidizing home purchases by migrant workers (lower taxes, lower down payments) and loosening the requirements on those workers to qualify for social benefits including their children’s’ education.

There’s more consensus among researchers that the economy has stabilized for the short-term. And if it hasn’t, the central bank said this weekend it will stay vigilant with loose monetary policy to pump in billions more dollars of support.

But the government didn’t talk much about the rising debt level needed to support its stabilizing plans. That’s a problem for later, they signaled.

For now, there’s hope that crisis has been averted.