Large Banks Have More Cost Cutting to Do 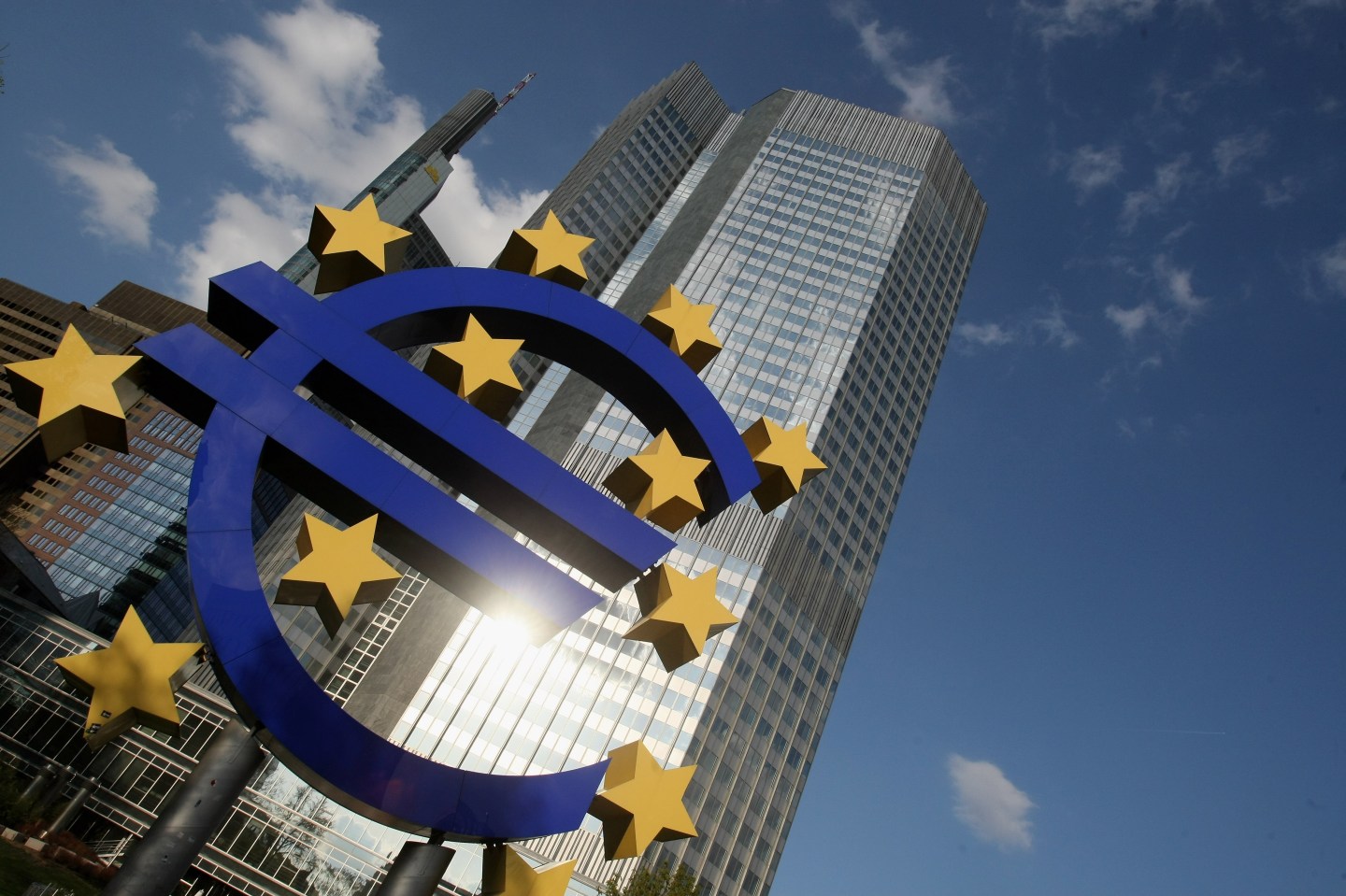 FRANKFURT AM MAIN, GERMANY - APRIL 09: A huge euro logo stands in front of the headquarters of the European Central Bank (ECB) on April 9, 2009 in Frankfurt am Main, Germany. The city of Frankfurt, seat of the European Central Bank (ECB), the Frankfurt stock exchange and several large banks, is the financial centre of Germany. (Photo by Ralph Orlowski/Getty Images)
Photo by Ralph Orlowski—Getty Images

Investment banks still have considerable hard pruning to do, especially those in Europe, to cope with falling revenues and to improve returns, according to a study published on Monday.

“Our base case sees revenues down about 10% in 2016, putting ever greater pressure on management teams to act,” said the joint study by Morgan Stanley and Oliver Wyman.

Such a fall would leave fixed income, currencies and commodities (FICC) revenues down about 30% since 2013 and wholesale banking fee pools lower as a proportion of GDP than at any time since 1995, apart from during the financial crisis.

European banks are expected to continue to underperform their US rivals, Morgan Stanley said. “This keeps intense pressure on banks to squeeze further on costs, reduce scale and/or exit lower-return areas. Restructuring plans already in place will likely need to be further refined,” it said.

Many banks will fail to meet their cost of capital in the next two years, especially those in Europe, the report said. That is likely to see about 5% market share up for grabs as banks sharpen their decisions on which products, regions and clients to cut, it said.

Reshaping operating models and removing costs could improve return on equity by 2-3 percentage points, but could take at least three years, the report said.

European wholesale banks will still struggle to achieve their cost of equity over the next two to three years, after an average return of 8% last year, hurt by negative interest rates, the need for restructuring and reduced scale, the Morgan Stanley analysts estimated. RoE at US banks is predicted to remain at around 11%-13% in 2016/17.

Further significant shrinking of balance sheets is likely as there remains too much capacity in the industry, even after a US$4trn-$5trn reduction in balance sheets since 2010.