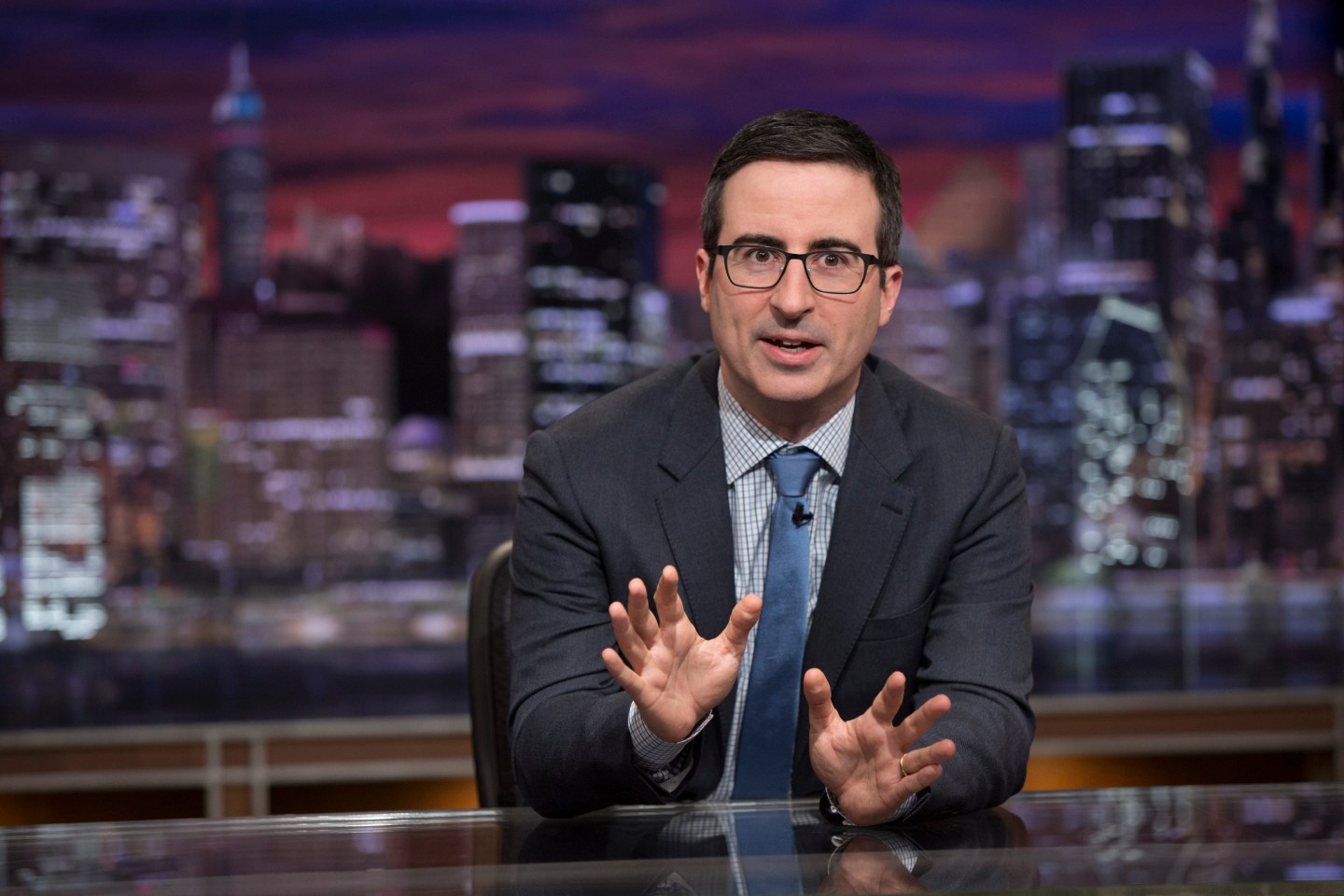 He says there’s no easy side to pick in the fight raging between Apple and the FBI.

But John Oliver ultimately picked one Sunday. Joining many major tech companies, the comedian sided with Apple, saying the security risks in the Apple vs. FBI case are just too big.

“The FBI ultimately wants Apple and the entire tech industry to have its encryption always be weak enough that a company can access a customer’s data if law enforcement needs it,” Oliver said.

Later this month, a federal judge will decide whether the tech company must be compelled to help create software that would let the government access encrypted information on the iPhone of one of the San Bernardino shooters via a kind of “backdoor” system. Oliver argued that kind of system could compromise what are already very shaky security systems that secure troves of personal data stored on phones.

Oliver also said that opening up a backdoor for that phone creates a dangerous precedent for other phones confiscated by law enforcement:

“Think of the government as your dad,” Oliver said. “If he asks you to help him with his iPhone, be careful, because if you do it once, you’re going to be doing it 14 times a day.”

Oliver closes out the segment with his own fake Apple commercial that he says is “a little more honest about security.” It features a rogue basement hacker and stressed Apple engineers trying to stay one beat ahead of him.