As Market Rallies Back, Investors Turn Eyes to the Fed 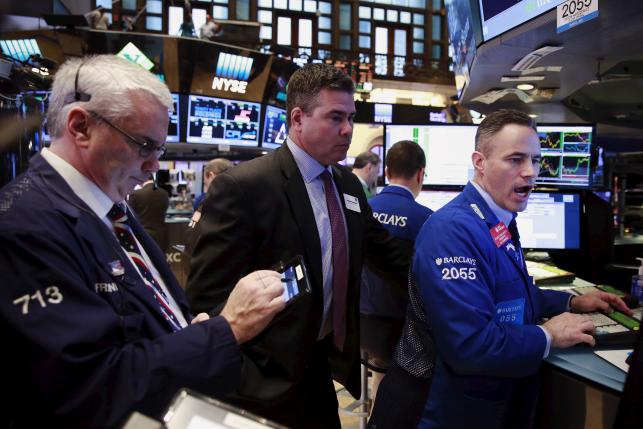 Investors who have pushed the U.S. stock market higher over the past month will be taking their cues about the pace of future interest-rate hikes next week from the Federal Reserve.

Recent economic data has relieved concerns that the United States might be heading for a recession and helped fuel the benchmark S&P 500 index’s 11% recovery since mid-February.

But evidence of improving domestic conditions could also prod the Fed to speed up planned rate increases and thereby potentially dampen enthusiasm for stocks.

In its statement following a two-day policy meeting on Wednesday, the central bank is widely expected to hold its key rate steady after hiking it in December for the first time in nearly a decade, while economists polled by Reuters expect an increase by the end of June and one more before the year is out.

“It’s going to be a session with parsing individual words in the statement about how likely the market believes the Fed is to move, how quickly they are going to move for the next hike,” said Walter Todd, chief investment officer at Greenwood Capital Associates in Greenwood, South Carolina.

Should the Fed give any hints it will get more aggressive on rate hikes than the market projects, it could blunt the momentum for stocks.

While investors may be betting on one increase for the rest of the year, Todd said, “the Fed in its last statement made it pretty clear that they want to go more than that.”

Traders are discounting any change in rates when the Fed meets next week, according to the CME Group FedWatch tool.

“Everybody has planned accordingly for no action, so if there is an action I think that would have a negative effect on the market,” said Jonathan Corpina, senior managing partner for Meridian Equity Partners in New York.

The Fed has kept interest rates at near zero for virtually all of the current bull market for stocks, which marked its seven-year anniversary on Wednesday.

More recently, the outperformance of consumer discretionary stocks over the consumer staples sector over the past month is evidence of investors betting on the Fed keeping rates unchanged for now, according to S&P Capital IQ.

“The equity ‘risk’ switch has been in the ‘on’ position for the past few weeks,” S&P Capital IQ said in a report.

For more on the stock market, watch:

With the S&P tracking to its fourth straight positive week, the index is now off only about 1.5% for the year. So far in March, every S&P sector has posted gains, led by energy shares.

In recent months, stocks generally have correlated tightly with fluctuations in depressed oil prices, so the run of U.S. crude CLc1 into positive territory for 2016 and back to around $40 a barrel has been a key factor in the stock market’s bounce.

The stabilizing of other commodity markets and easing of concerns over China’s economy has also buoyed stocks along with better-than-expected U.S. data.

Next week will bring additional readings on the health of the U.S. economy, including reports on retail sales, housing and industrial production.

“The stock market rallied because we got evidence that we’re not recessing and we were pricing in a recession,” said Jim Paulsen, chief investment officer at Wells Capital Management in Minneapolis.