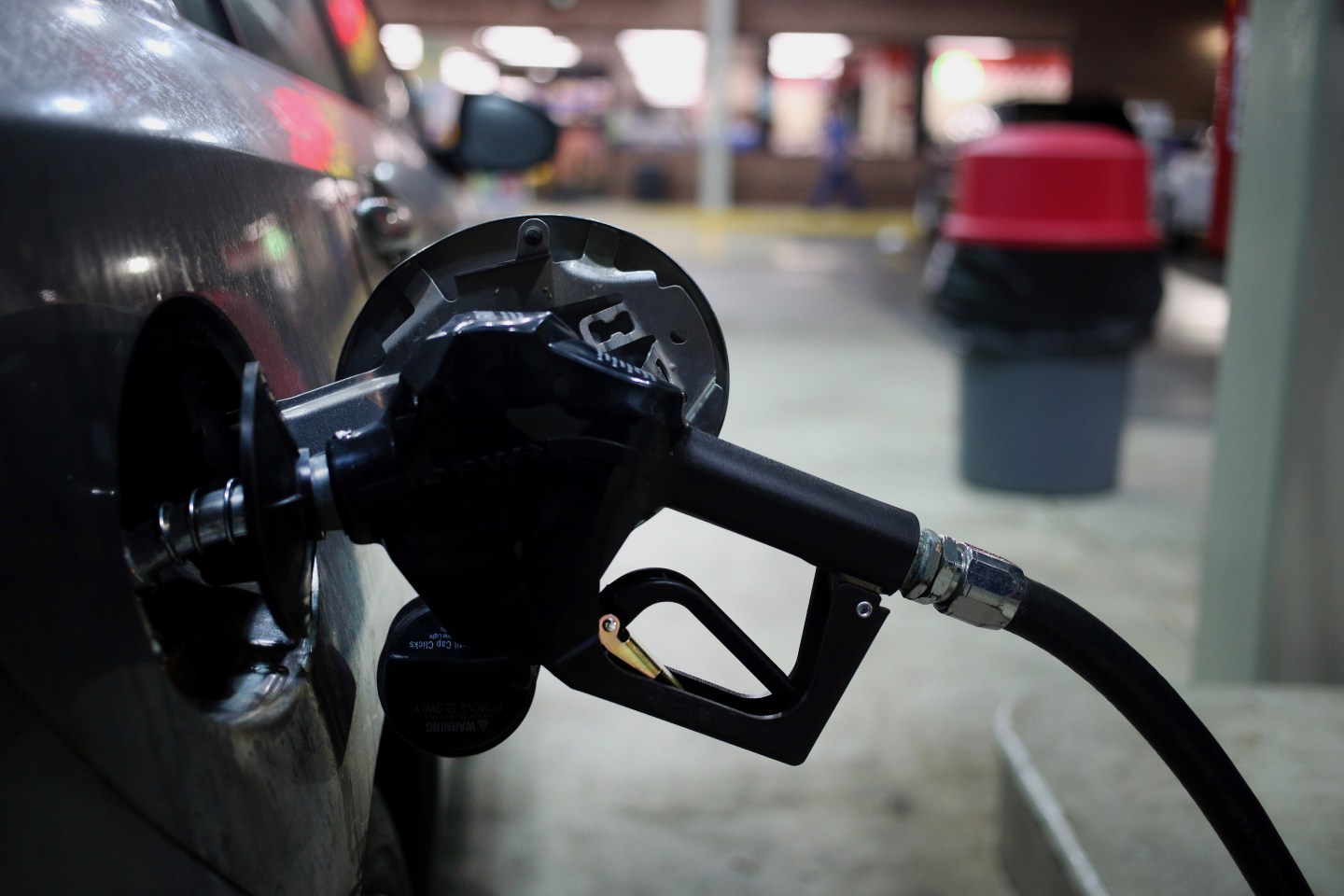 A gasoline pump nozzle dispenses fuel into a vehicle at a Hess gas station in Gordonsville, Tennessee, U.S. on Saturday, Oct. 24, 2015. Hess is scheduled to release their quarterly earnings on . Photographer: Luke Sharrett/Bloomberg
Photograph by Luke Sharrett — Bloomberg via Getty Images

While these discussions were preliminary, they underscore Energy Transfer’s efforts to bolster its balance sheet after a plunge in oil prices made its pending acquisition of Williams (WMB) more financially burdensome than it previously envisioned.

Energy Transfer (ETE) held conversations to sell Sunoco earlier this year after it was approached by at least one interested company, the sources said this week, who asked not to be identified because the deliberations were confidential.

Energy Transfer and Sunoco did not respond to requests for comment.

Chevron Plans on Cutting its Budget by 17%

The potential sale would have involved Energy Transfer’s ownership of the general partnership of Sunoco, which could be valued at more than $2 billion, the people said.

The discussions about a sale never advanced because of disagreements over Sunoco’s valuation, the people said, cautioning that Energy Transfer may choose to revisit the potential divestment if it receives new interest.

Sunoco operates about 900 convenience stores and fuel outlets in eight U.S. states, offering merchandise, food service and motor fuel. It also distributed about 7.6 billion gallons of motor fuel across the United States in 2015.

An Alimentation Couche-Tard spokeswoman, Karen Romer, said the company was always looking for acquisitions, but would not comment on whether the company had approached Energy Transfer with an interest in Sunoco. Tesoro also declined to comment, while Valero did not respond to a request for comment.

You Can Now Use Apple Pay To At ExxonMobil Gas Stations

Energy Transfer’s acquisition agreement with Williams in September valued the latter at $33 billion in stock and cash. Since then, pipeline company stocks have been pummeled as their oil exploration and production clients suffer from low oil prices.

In the wake of the selloff, the implied value of the deal is now $14 billion. As a result, the $6 billion cash portion of ETE’s deal with Williams, which is scheduled to close in the first half of 2016, has gone from a minor consideration to a major portion, nearly half of the deal’s value. A sale of Sunoco would help Energy Transfer recoup much of that cash.

Energy Transfer is not able to walk away from the deal, under its current terms. But Williams shareholders still need to vote to approve the deal. Williams has not yet set a date for the shareholder vote.

For more on the gas industry, watch:

In another move to raise cash, Energy Transfer disclosed this week that a minority of its shareholders, including its billionaire chief executive Kelcy Warren, would receive convertible units in the company in exchange for foregoing some of their dividends for up to nine quarters.

Williams responded by arguing that it had offered to work with Energy Transfer to develop a way to finance the deal that is more beneficial for both companies investors.

Former Energy Transfer Chief Financial Officer Jamie Welch, who was fired last month, sued the company this week for breach of contract, saying he believes his “termination was motivated by an agenda unrelated” to his performance. The company has not made any public statements about why Welch was terminated.