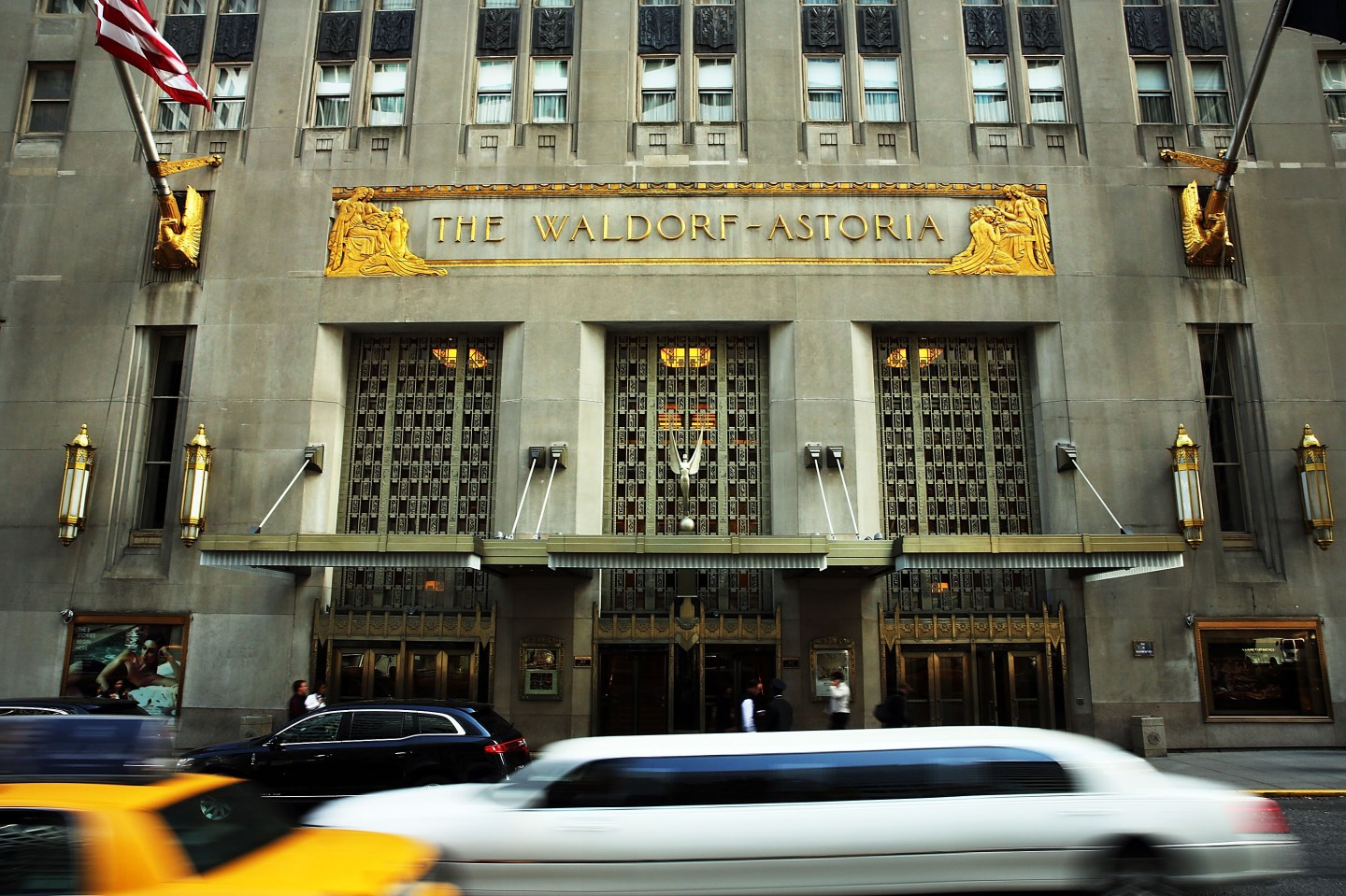 NEW YORK, NY - OCTOBER 06: The Waldorf Astoria, the landmark New York hotel, is viewed on October 6, 2014 in New York City. It was announced October 6, that Hilton Worldwide will sell the Waldorf to the Beijing-based Anbang Insurance Group for $1.95 billion. As part of the deal the Waldorf will undergo a major renovation. The Park Avenue hotel opened on October 1, 1931, and claimed to be the biggest hotel in the world at the time, attracting movie stars, politicians and the wealthy. (Photo by Spencer Platt/Getty Images)
Photograph by Spencer Platt — Getty Images

China’s Anbang Insurance Group has agreed to acquire Strategic Hotels & Resorts for around $6.5 billion, as the owner of New York’s iconic Waldorf Astoria expands its U.S. hotel portfolio, a person briefed on the matter said Saturday.

The source asked not to be identified because the deal is not yet public. Anbang and Strategic Hotels did not respond to requests for comment, while Blackstone declined to comment. Bloomberg first reported on the transaction earlier on Saturday.

Anbang purchased New York’s Waldorf Astoria from Hilton Worldwide Holdings (HLT) in 2014 for $1.95 billion, one of the highest prices per room ever paid for a U.S. hotel. The deal closed in February 2015 following a review of by U.S. national security watchdog Committee on Foreign Investment in the United States (CFIUS).

From 2013, on Chinese investment in American hotels:

Chinese investment into hotels has been growing since 2011 and 2012, when just $160 million and $130 million were invested, according to data from JLL, a global real estate broker and advisory services company based in Chicago.