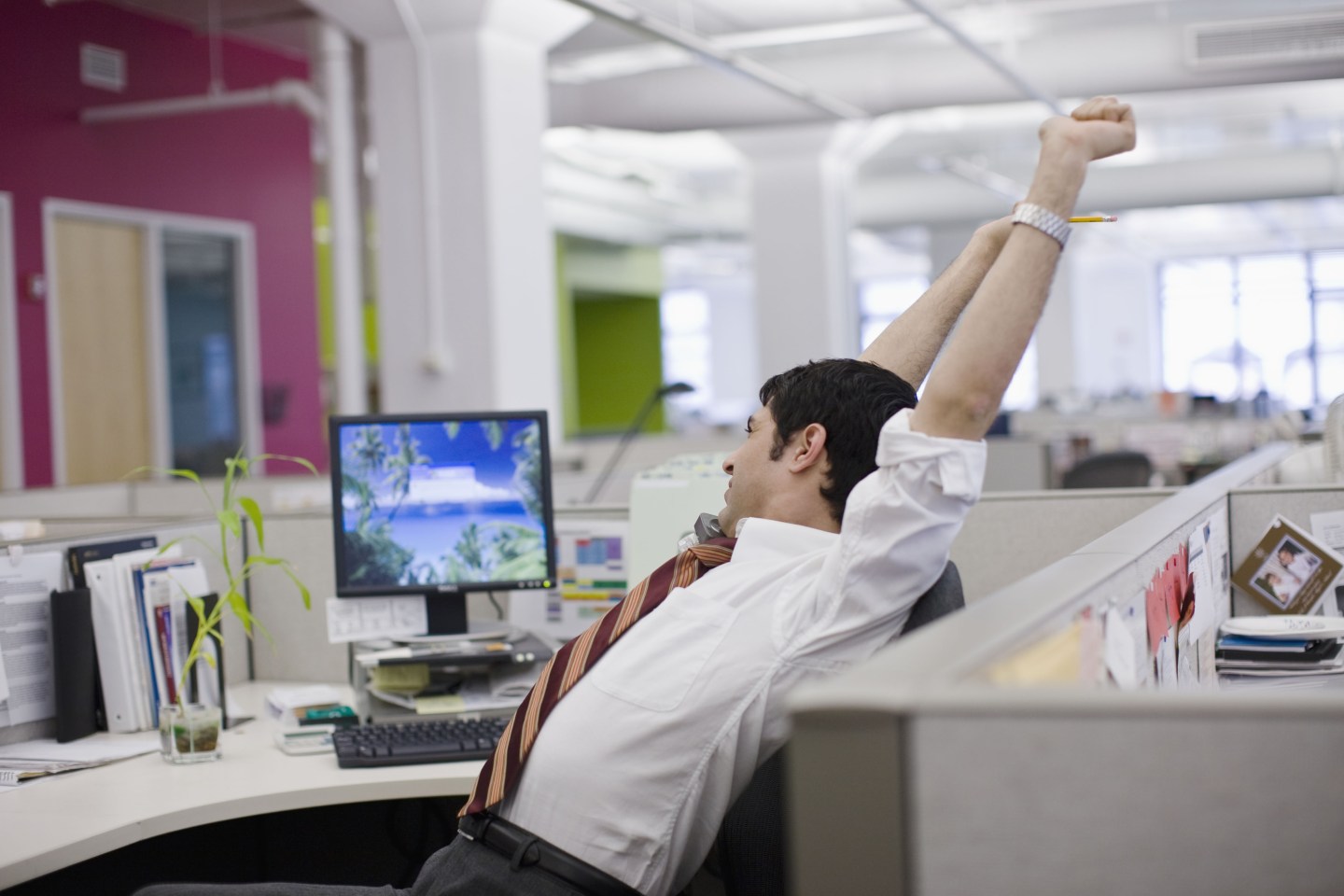 MPW Insider is an online community where the biggest names in business and beyond answer timely career and leadership questions. Today’s answer for: What is the biggest mistake you see new hires make? is written by Dawn Zier, president and CEO of Nutrisystem.

When I became CEO of Nutrisystem, everyone there was — as far as I was concerned — a new hire. I was tasked with turning around the iconic brand and it became clear fairly quickly that employees were divided on how to move forward. Some were “all-in” and personally invested in delivering results and adapting to strategic shifts. While others took a “wait and see” approach.

That to me this is the single biggest mistake any new hire can make, whether you’re truly new to the company or whether your organization finds itself in new, unchartered times (if it hasn’t happened yet, you probably just haven’t worked there long enough) – stop waiting. Waiting for instructions. Waiting for guidance. Waiting for proof.

Learning the ins and outs of a new environment can be tricky. As a junior person, take extra care to learn about the whole company, not just the area you work in. This will give you invaluable context and range. As part of the onboarding process (whether it’s formally structured or not), make a particular point of meeting people across all departments. They often end up being go-to people down the road. As a senior executive, this stage is equally important. Meet with all levels across the company to find out what’s really going on.

See also: How to Get the Respect You Deserve at Work

Whatever your level, time is not on your side and no amount of research is an effective substitute for hitting the ground running and collaboratively working through things. Until then, you’ll likely have only barely scratched the surface of the job you’ve been hired to do. You should be insatiably curious, full of constructive questions, and not afraid to ask them. But, don’t just fire away. That’s disruptive and often is more about voicing opinions than genuinely seeking answers. The difference? Listening. Asking smart questions is not a useful skill if the answers solicited aren’t productively applied.

Conversely, sitting back and trying to analyze in isolation will likely lead you straight into the trap of listening to your own internal dialogue and making assumptions about goals, strategies, or customers. That’s why so many new hires are stunned when they’re let go or receive a bad performance review. In their minds, they were on track and they haven’t done anything wrong. Often the latter is true, but it’s true for the wrong reason. They haven’t done anything wrong, because they haven’t really done anything mission-critical. They were waiting.

The best managers don’t let this happen. But, let’s face it, over the course of a career you won’t always be that lucky. So, manage around it. From day one, establish clear 90-day goals with your manager. Then do it, again and again. The busier your manager, the more critical this is. Just because they may not notice you’re in wait-mode, doesn’t mean it isn’t costing you. Waiting to see has a way of catching up with you.

I’ve seen many promising hires fail, and many who didn’t seem so promising on paper, succeed. And the common thread is that they demonstrated a desire to learn, had an inherent sense of urgency and were committed to the company right out of the gate. Remember: Don’t wait. The payoff? You’ll see.