How to Get the Respect You Deserve at Work 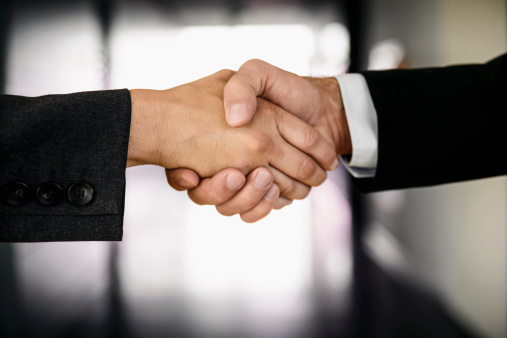 MPW Insider is an online community where the biggest names in business and beyond answer timely career and leadership questions. Today’s answer for: What is the biggest mistake you see new hires make? is written by Laura Gentile, senior vice president of espnW and Women’s Initiatives.

Trying to excel in a new job, impress your new boss, and get acclimated to a new environment can be a lot to handle all at once. The biggest mistake I see new hires make during this challenging, high anxiety time is not listening enough — not detecting the verbal and non-verbal cues available to them — and not absorbing the ins and outs of their new workplace culture. As an athlete and a teammate for much of my life, I learned the importance of listening to those around you. It was vital in demonstrating respect, building strong bonds, collaborating more effectively, and becoming a part of the fabric of an organization.

As a freshman athlete at Duke University, I headed to pre-season training camp in August prepared to work hard, be challenged and ultimately, come out a starter. I knew it would be hard but I was mentally prepared. I paid attention to the upperclassman, watched their behavior, and picked up on their temperament. I understood their goals which became our goals. I didn’t say much but trained hard and focused on my performance and my specific role. I gelled with the seniors due in part to the respect I paid to them. They earned that respect. The same can be said for joining any new organization. Learn from the executives around you and understand the path they’ve taken. Show them respect while still formulating your own goals, objectives, and point of view.

See also: Never Do This on Your First Day of Work

Look at some of the finest captains in team sports: Julie Foudy, previous team captain for the United States Women’s National Soccer Team; Tamika Catchings, a leader of the Indiana Fever, TEAM USA and the WNBA. These are women who learned from their predecessors. They each went from rookies to elder stateswomen. They were sponges who became megaphones. While it is important to make yourself known among your new colleagues, it’s just as important to observe, be patient, and remain poised. Here’s how to earn the respect of new colleagues:

I always encourage new hires at espnW to spend time with each member of our team to truly understand how we work. A key to our growth has been fostering a culture of experimentation and innovation, which includes encouraging new members of our team to offer fresh thinking. Our new teammates make us better – they always have – particularly when they understand our culture, our ambitions and our desire to be the place for women who love sports. So, as a new hire, the best advice I can give you is listen up. And then, dive in.