What the Latest Management Shakeup Means for the Future of VW 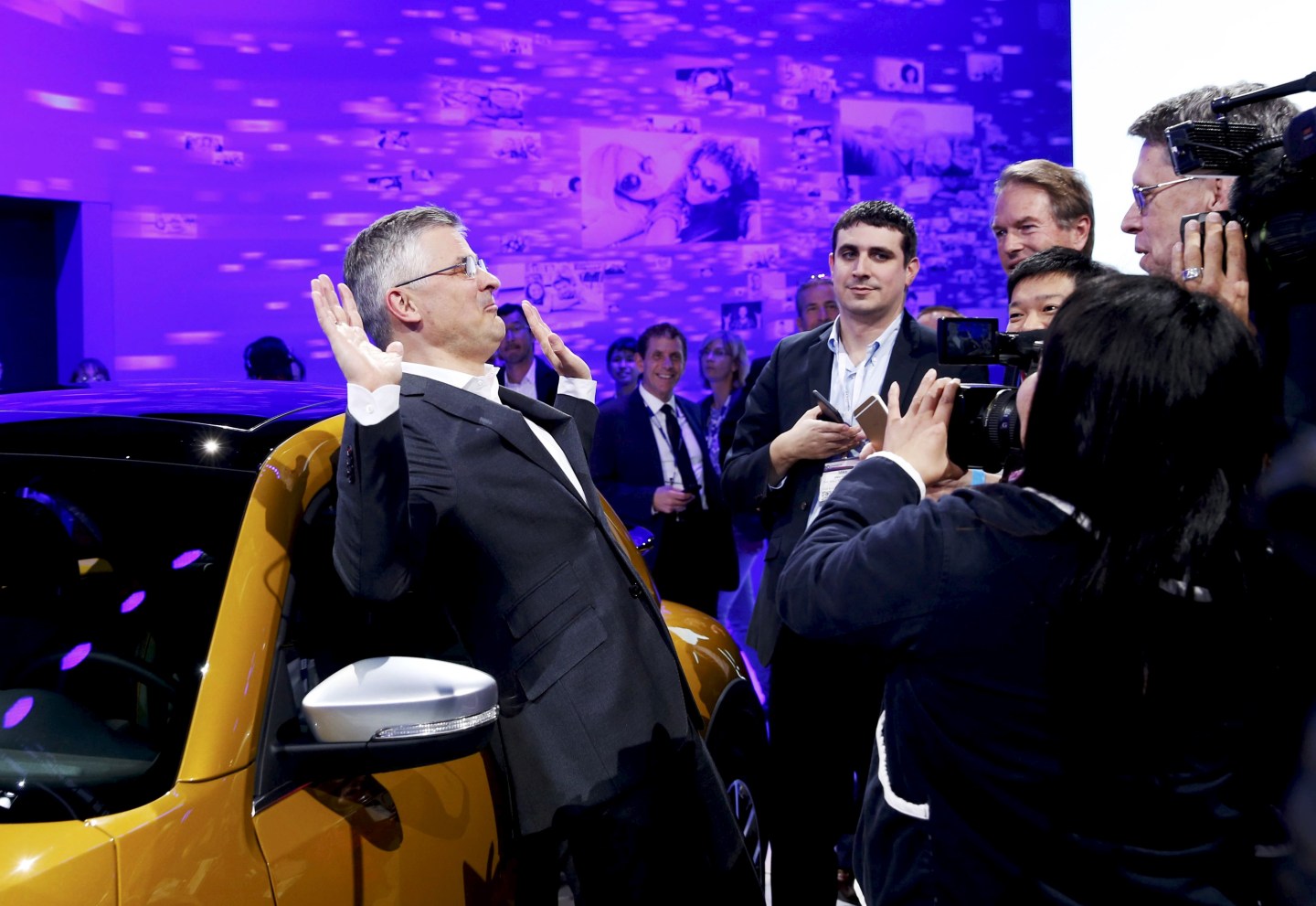 Michael Horn, President and CEO of Volkswagen America, reacts to being mobbed by the media after he apologized for the Volkswagen diesel scandal at the LA Auto Show in Los Angeles, California, United States November 18, 2015. REUTERS/Lucy Nicholson TPX IMAGES OF THE DAY - RTS7UM2
Photograph by Lucy Nicholson — Reuters

By now, most people reading this know that Michael Horn, VW Group of America’s CEO, stepped down this past week. This follows VW CEO Martin Winterkorn who stepped down earlier in response to the emissions scandal that began to unravel late last year. Both came after news leaked that VW had circumvented emission testing by installing a “defeat device” on millions of vehicles worldwide.

Corporations shown negatively in the spotlight, like sports teams that fail to maintain a winning record, want their fans, customers and the public in general to believe that all is made better by changes at the top. CEOs and coaches are often offered up in retribution for past sins of omission or commission. We have come to expect the captain to go down with the ship.

Was it really Horn’s (or Winterkorn’s) fault? Good business schools teach us to solve problems, rather than focus on symptoms. When a late night call to the doctor results in advice to “take two aspirin and call me in the morning,” the aspirin may alleviate the headache but the doctor still needs to find the root cause to what ails you. Were the problems at VW addressed by Winterkorn and now Horn stepping down? Was the scandal a direct result of actions taken or decisions made by either, or simply with their knowledge and explicit or even implicit approval? Does it need to be their fault in order to satisfy the critics, or, more importantly, affect real change?

If it is true that more than 30 VW executives and engineers knew about the alleged “cheat code,” then maybe the culture there was more consistent with the joke about the two campers running from a bear that just invaded the campground. One of them stopped to put on his running shoes and the other asked him if he thought the shoes would help him out run the bear, he said “no, but they will help me out run you.”

Should Horn and the other captains go down with their ship? Alan Brown, chairman of the Volkswagen National Dealer Advisory Council, said Horn’s departure is a serious setback. “We are troubled watching the mismanagement of this scandal from Germany, and how it may impact the ultimate decisions by the authorities in the United States,” the Volkswagen dealers association said in a statement. “This change in management can only serve to put the company at more risk, not less.”

Brown might be right in the short-term, but I disagree if we look at what works best for the company long-term. Even if it wasn’t VW’s executives’ direct actions that allowed this to happen, they led in a culture that did. For that alone they should go.

It is the leadership of top management, or the ability to guide others, that interprets the mission, vision and values of ownership. Top management sets the strategy of the corporation, determining how objectives are met and goals are reached at the highest levels. And while leadership is key to determining strategy, it is the culture of an organization that matters most in terms of the actual means and values observed along the way. This is especially true “where the rubber meets the road.”

Mentors, coworkers and bosses help us learn the culture in an organization. Put simply, it’s the idea that ‘it is the way we do things around here.’ In a 2012 article in The European Business Review, author Sean Culey suggests that a strong culture is a key to an organization’s success. There is no question that to this point, VW has been very successful. We can only guess that there is strong culture of some sort present there. But Culey and many others also suggest that leadership and strategy are just a part of what determines culture.

In fact, the late management consultant and author Peter Drucker is often quoted as saying, “culture eats strategy for breakfast.” Culture starts with leadership and strategy that develops over time by the behaviors that are accepted, encouraged, measured, rewarded and otherwise managed as we go from the top to the bottom of the organization.

Culture is everywhere. We see the influence in every context that defines us. Our hometowns, social settings, the sports and teams we follow and is evident here, the places we work or do business with.

Was it the culture at VW that allowed this to happen? We want to believe the culture of VW would be consistent with poet Ralph Waldo Emmerson when he said “If you build a better mouse trap then the world will beat a path to your door,” rather than the popular video games where for a price they will send you the “cheat codes” to short cut your path to a higher score.

Rocky Newman is a professor of Miami University’s Farmer School of Business in Oxford, Ohio.