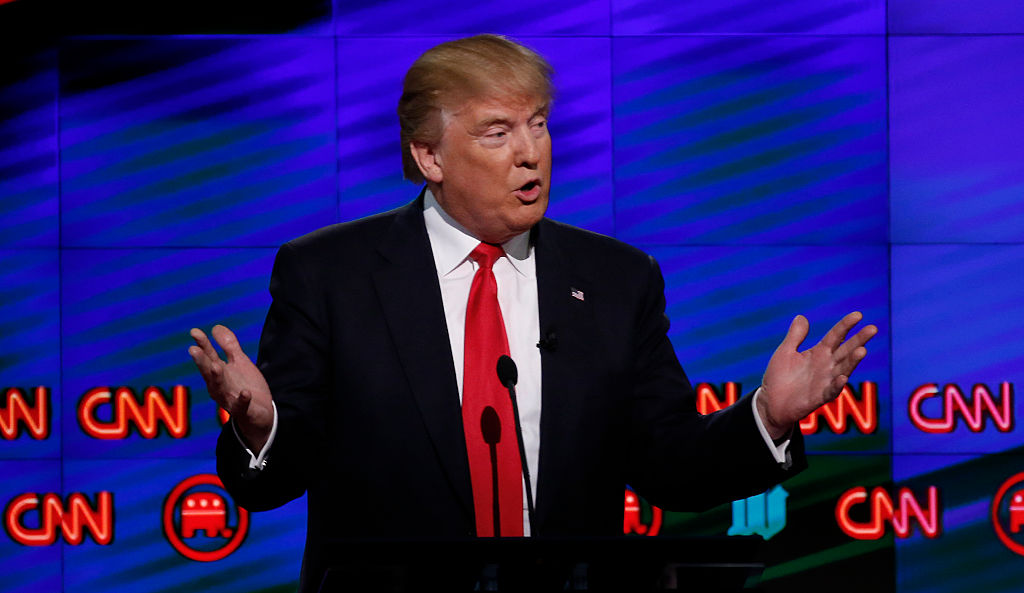 Trump was reacting to a question from the CNN moderator about an interview he gave in 1990. Back then he said China’s government’s suppression of student democracy activists, which resulted in the deaths of hundreds and likely thousands, amounted to a show of strength.

This is what Trump said on Thursday: “ That doesn’t mean I was endorsing that. I said that is a strong, powerful government that put it down with strength. And then they kept down the riot. It was a horrible thing.”

The Chinese government, in the rare times it does reference the Tiananmen massacre, uses the riot characterization to prove it had to restore order in the city.

Presidential candidate Ohio governor John Kasich was unequivocal in his response to Trump on Thursday. “I think that the Chinese government butchered those kids. And when …that young man stood in front of that tank, we ought to build a statue of him over here.”

The debate was more issue-heavy than other Republican ones and “felt like a palette cleanser after a Jerry Springer-inflected clash last week that embarrassed the entire party,” Fortune’s Tory Newmyer wrote.

Afterwards, attention shifted to Trump’s other remarks, including his claim that all of Islam hates the United States.

But the China watchers and those in Hong Kong, where there’s an annual commemoration of the students killed in Tiananmen, focused on Trump’s riot characterization.

It’s unlikely to be Trump’s last inflammatory remark, but it also won’t be soon forgotten around China.