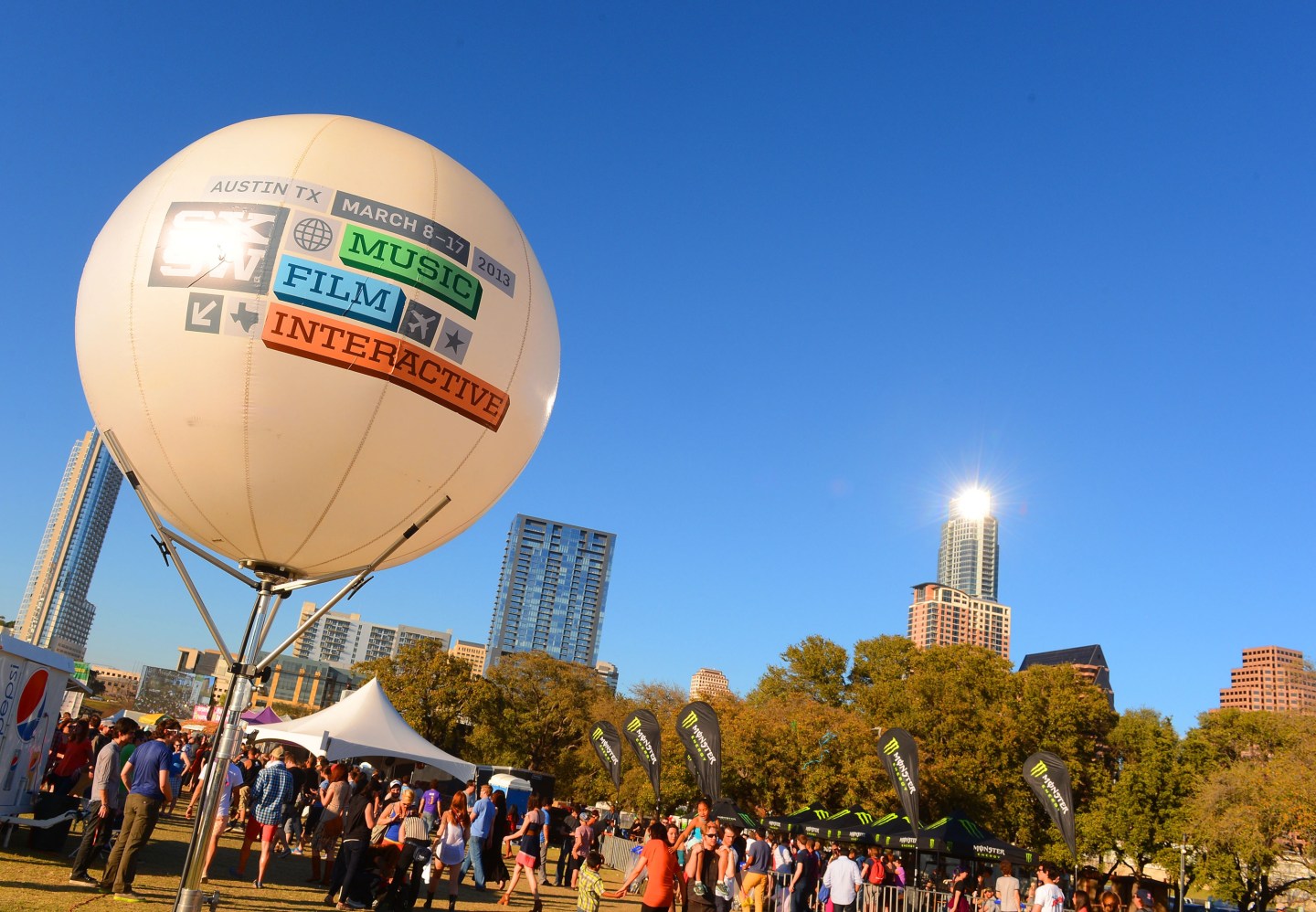 A general view of atmosphere at the SXSW Music, Film + Interactive Festival held at the Auditorium Shores in Austin, Texas.
Photograph by Mark Davis—Getty Images

The president is heading to Texas on Friday to kick off the annual South by Southwest interactive, film, and music conference in Austin.

But the trip, a first for a sitting U.S. president, means he won’t be in California for Nancy Reagan’s funeral.

And the news has some pretty upset:

Obama’s skipping Nancy Reagan’s funeral to participate in @sxsw. This picture is from last year. pic.twitter.com/BY6Xa3rMBc

It’s not really all that unusual for a sitting president to skip the funeral of a former first lady, as the New York Post points out. Bill Clinton didn’t go to Pat Nixon’s when he was president, and President Obama didn’t go to Betty Ford’s funeral back in 2011. (First Lady Michelle Obama will attend the Reagan service.)

In Austin, President Obama will deliver the keynote at SXSW interactive, a tech-focused conference known as “spring break for nerds.”

He’ll be talking civic engagement in a high-tech world.

The keynote is Obama’s latest push for more tech. Earlier this year he touted the need for more diversity in tech with a “computer science for all” initiative. And this week the White House announced a new plan to extend visa stays for foreign students in STEM (science, technology, engineering and mathematics) programs.

For more on STEM, watch:

The president is scheduled to speak Friday afternoon at 2:30 p.m. Central Standard Time. SXSW will live stream the event here. It won’t be the White House’s last trip to the conference either: Michelle Obama will give her own speech at the opening of the SXSW music festival on March 16.