Colgate-Palmolive Plans to Cut Up to 3,800 jobs 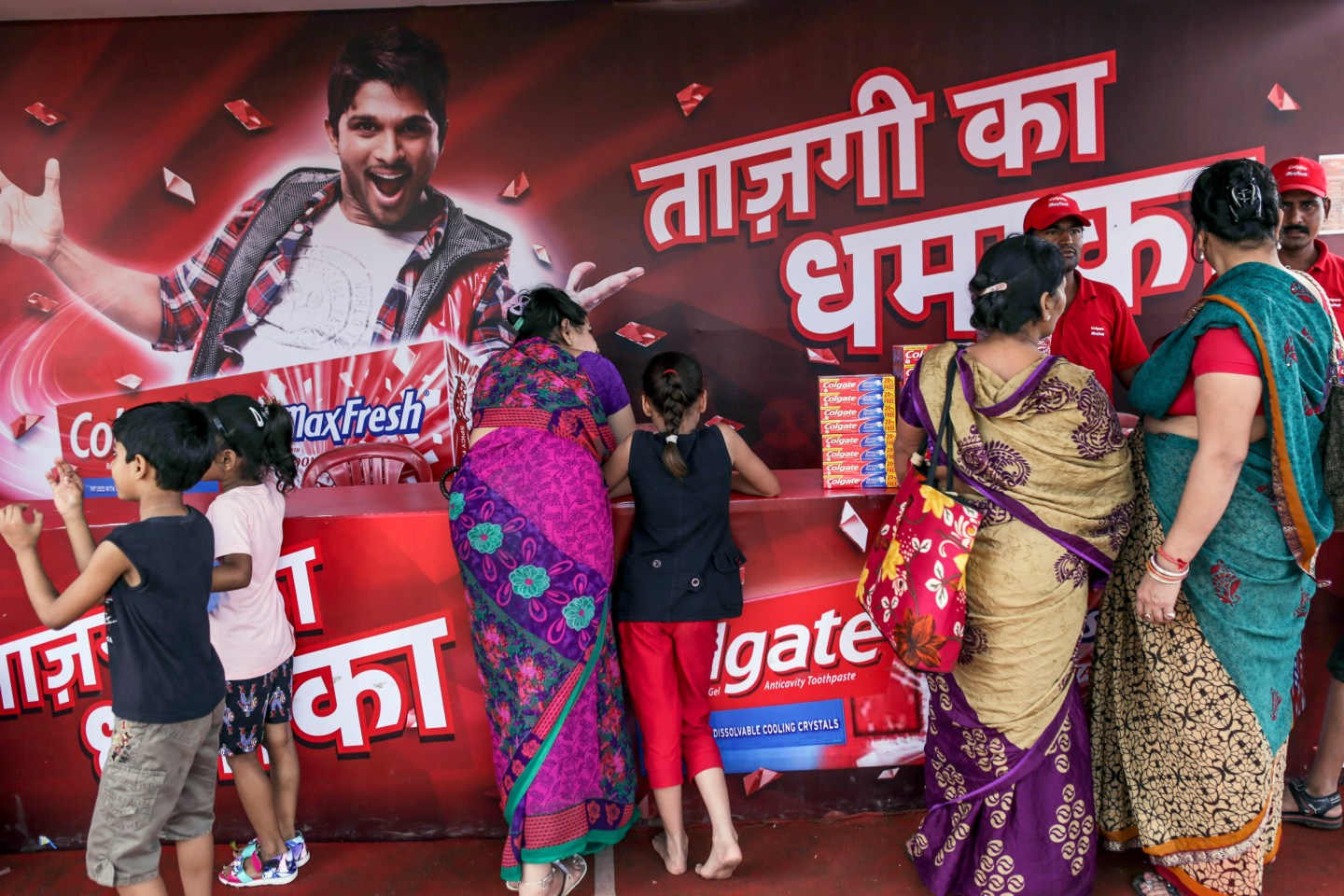 Hindu pilgrims stand at a Colgate-Palmolive India Ltd. promotional stall in Nashik, Maharashtra, India, on Saturday, Sept. 12, 2015. Millions of pilgrims in a landscape awash in saffron make their way to the waters of the holy Godavari River for the Kumbh Mela, the festival of the pitcher. It is one of the largest religious festivals on the face of the planet. Photographer: Dhiraj Singh/Bloomberg via Getty Images
Bloomberg via Getty Images

Consumer products giant Colgate-Palmolive (CL) will cut between 3,300 to 3,800 members of its workforce globally through 2017 due to continuing macroeconomic challenges.

The cuts were initially slated to end this year as part of a four-year restructuring plan, with a total of 2,300 jobs slashed since 2012. But that number was hiked when the company’s board approved an extension of the plan, according to a regulatory filing Thursday.

The new figures represent a 8% to 10% reduction in the company’s workforce since 2012—when roughly 38,600 worked at the giant—and when the restructuring program first started.

According to the filing, the “restructuring program” focuses on expanding the companies commercial hubs, further streamlining of its business, and increased sharing of services among its global assets.

The restructuring program is expected to place a charge of about $1.405 billion to $1.585 billion on its balance sheets. At least part of the funds will come from the sale of the company’s South Pacific laundry detergent business.

Like many consumer product companies, the maker of toothpastes and pet foods has faced increasing macroeconomic pressures from the stronger dollar and volatile markets. Roughly 11.5% of the company’s top line was cut by exchange rates, according to its fourth quarter earnings report.

The company also raised dividends from 38 cents a share to 39 cents a share starting in the second quarter, representing a full-year dividend of $1.56, up from $1.52.

Fortune has reached out to Colgate-Palmolive, and is waiting for comment.