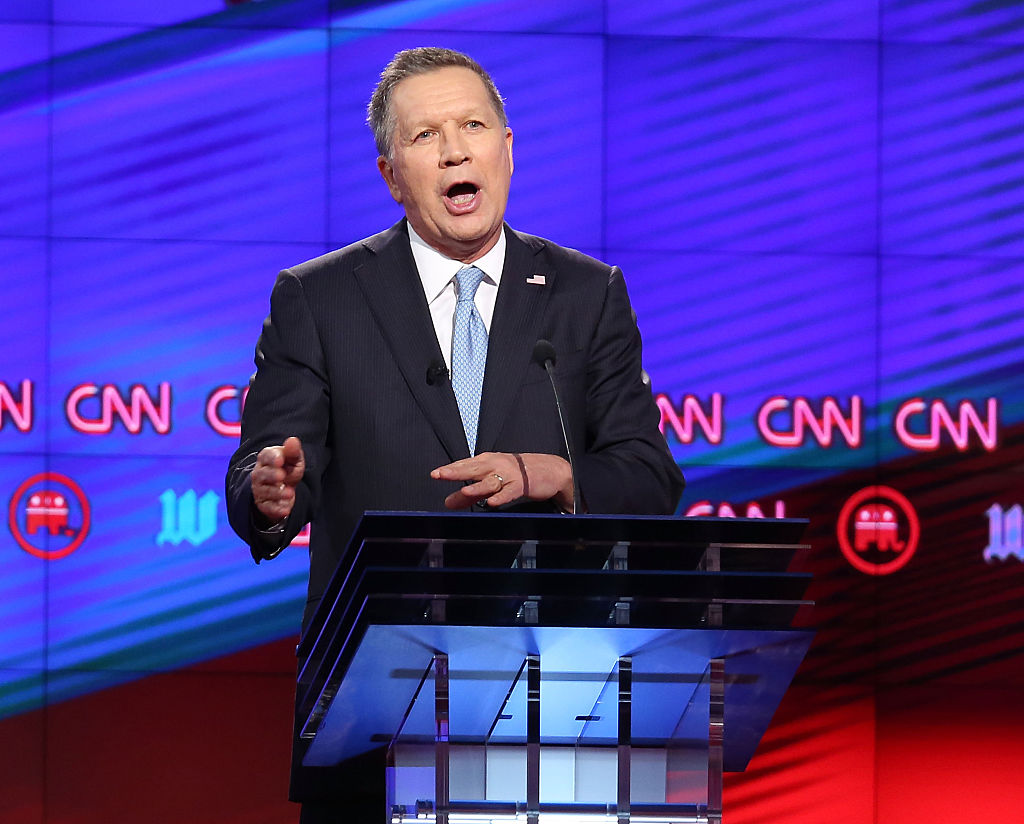 During the Republican debate Thursday, John Kasich strongly defended the Chinese student protesters from the Tiananmen Square Massacre against Donald Trump’s claim that the government showed “strength” by killing them.

In 1989, the Chinese government killed more than 200 people to quell pro-democracy protests. Trump said Thursday that was a show of strength by the Chinese leaders.

“That doesn’t mean I was endorsing that,” Trump said. “I said that was a strong, powerful government. They kept down the riot, it was a horrible thing.”

(Trump told Playboy Magazine in 1990, “When the students poured into Tiananmen Square, the Chinese government almost blew it. Then they were vicious, they were horrible, but they put it down with strength. That shows you the power of strength.”)

Ohio Gov. John Kasich immediately disagreed with Trump. “The Chinese government butchered those kids,” he said fiercely. “And when that young man stood in front of that tank — we ought to build a statue of him over here when he faced down the Chinese government.”