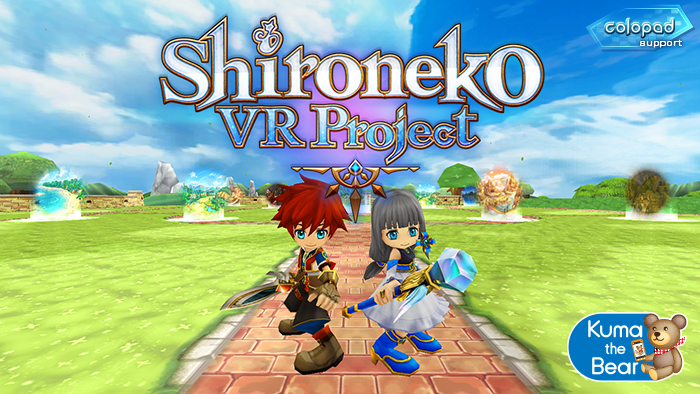 Japanese mobile game publisher Colopl, which has a revenue of $700 million a year, had already committed $50 million to a virtual reality investment fund. Now to develop games for emerging platforms such as Samsung Gear VR, Sony PlayStation VR, Facebook Oculus Rift, and the HTC Vive, the company has opened a virtual reality studio, Colopl NI, in San Mateo, Calif.

Jikhan Jung, CEO of Colopl NI, says the company’s headquarters in Japan has been developing in virtual reality for two years. The new studio is going to leverage that experience to grow its virtual reality presence in the U.S. quickly.

“In the beginning, we will focus on the quality of our teams rather than the quantity of our teams, and build out over time,” Jung says. “This will allow us to ensure quality and a strong, long-term plan.”

Geographically, they are looking to reach players globally, not necessarily targeting specific countries, Jung says. “Games from the U.S. will have a higher chance of working across territories, from what we’ve seen from past experiences within mobile and PC,” he says.

One potential virtual reality growth area outside of the U.S. is Korea. Jung, who is Korean, has been tracking that country’s virtual reality activity. The Korean government announced earlier this month that it will invest approximately $150 million over the next three years in the growth of the virtual reality industry.

“Since Korea has a huge gaming population with lots of experienced PC and mobile gaming engineers with Unity experience, Korea could be a strong country that will generate lots of great VR content in the future,” Jung says.

For more on virtual reality watch our video.

Colopl NI plans to publish multiple virtual reality games this year. Jung says the company is adopting a quick rollout plan from idea to prototype to market in about two to three months.

As for the types of games the company is focusing on, Jung says casino and story-driven games will be a good fit for the early virtual reality hardware adopters.

“We don’t necessarily think it’s the hardcore gamer who is interested in VR at this moment, but more likely early adopters who like to keep track of what is new, innovative, and fun,” Jung says. “This audience will spread out as the pricing becomes more affordable and the experiences become more mainstream.”

Virtual Reality Is Stunning. But Is It a Business?

Jung also says the company will try to make a social game that people can enjoy together in virtual reality. Ten years ago, Jung founded one of the first free-to-play gaming portals, gPotato.com. He sees a future for this business model in virtual reality over time, although early on it will follow the traditional pay model.

“Free-to-play first started on the PC and then hit mobile, so it’s a proven model that consumers want,” Jung says. “No matter what platform it is, free-to-play will be the main business model going forward, because it allows players to try games first before making a commitment.” And for publishers, free-to-play can generate longer-term cash flow than a one-time purchase or monthly subscriptions.

In addition to developing games internally, the new U.S. studio will also collaborate with independent developers. This plays back to the $50 million Colopl Next fund, which is aimed at anyone with an idea that could shake up the industry.