Google Surprises Everyone with New Version of Android 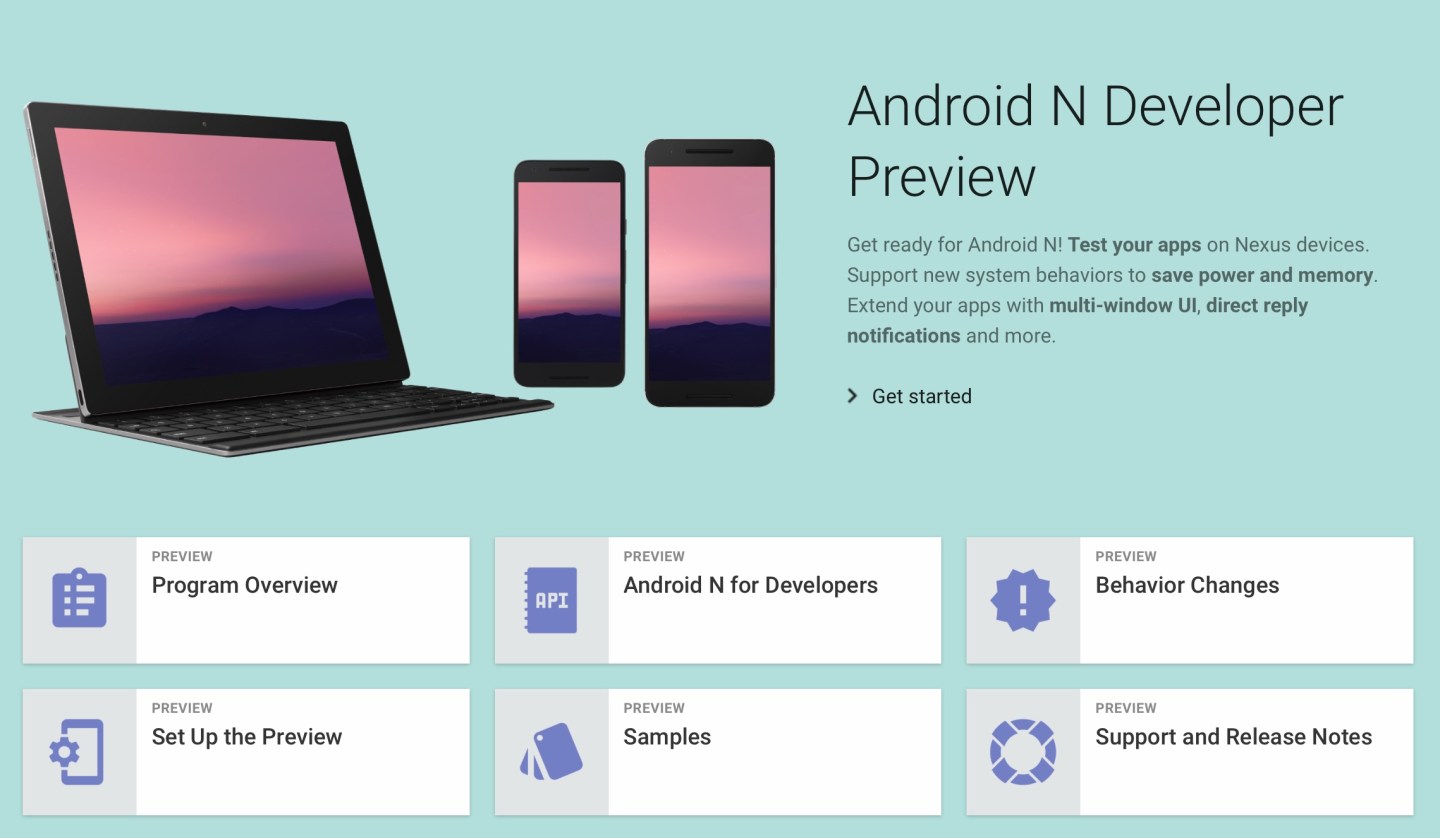 Google released an early build of Android N for developers to test and experiment with.
Screenshot by Jason Cipriani

Android developers received an early present from Google on Wednesday: an early preview version of Android N, the next version of Google’s mobile operating system.

Lockheimer states the new approach boils down to getting more developer feedback, and in turn (hopefully), providing device manufacturers with the final Android N build to begin incorporating into their respective devices this summer. The hope is phone makers will then increase adoption and speed up the update process for the latest version of Android—a fact that’s long been a pain point in the Android ecosystem.

Developers are currently able to download and install the early version of Android N on select Nexus devices (a list can be found here).

New features in Android N include multi-window support for phones and tablets, making it possible to use two apps at the same time. As was most apparent on Google’s Pixel C tablet, multi-window support was a key feature lacking from Android when compared to Apple’s (AAPL) iOS 9 on the iPad. The addition of this feature to Android will add a meaningful function aimed at users who are using Android devices for work.

Redesigned notifications, including the ability to reply directly to a message alert instead of having to open the respective app, and improved battery performance are also included.

Traditionally, Google (GOOG) routinely waits to unveil the next version of Android at its annual developer conference, Google I/O. In fact, just yesterday, Google opened up registration to developers for this year’s event. Google I/O 2016 will take place in Mountain View, Calif. from May 18–20.

Sticking with this year’s theme of not staying true to traditions, Google also plans on launching an Android Beta Program. The program’s page will go live later today, giving hopeful testers the ability to download and install Android N via an over-the-air software update. In the past, preview builds could only be installed using developer tools on a computer.

For more on Android, watch:

In other words, Google is following Apple’s path and now offers what amounts to a public beta for Android users. However, the breadth of the user base is limited to only Nexus users—not every Android device on the market. Still, the beta program will undoubtedly offer more insight and feedback pertaining to upcoming features than the previously developer-centric approach.

One has to wonder what Google will talk about during I/O in May now that Android N has made a public appearance. Chances are there’s still plenty of features left for Google to reveal.