Fans of Joan Rivers Can Now Buy Her Prized Possessions 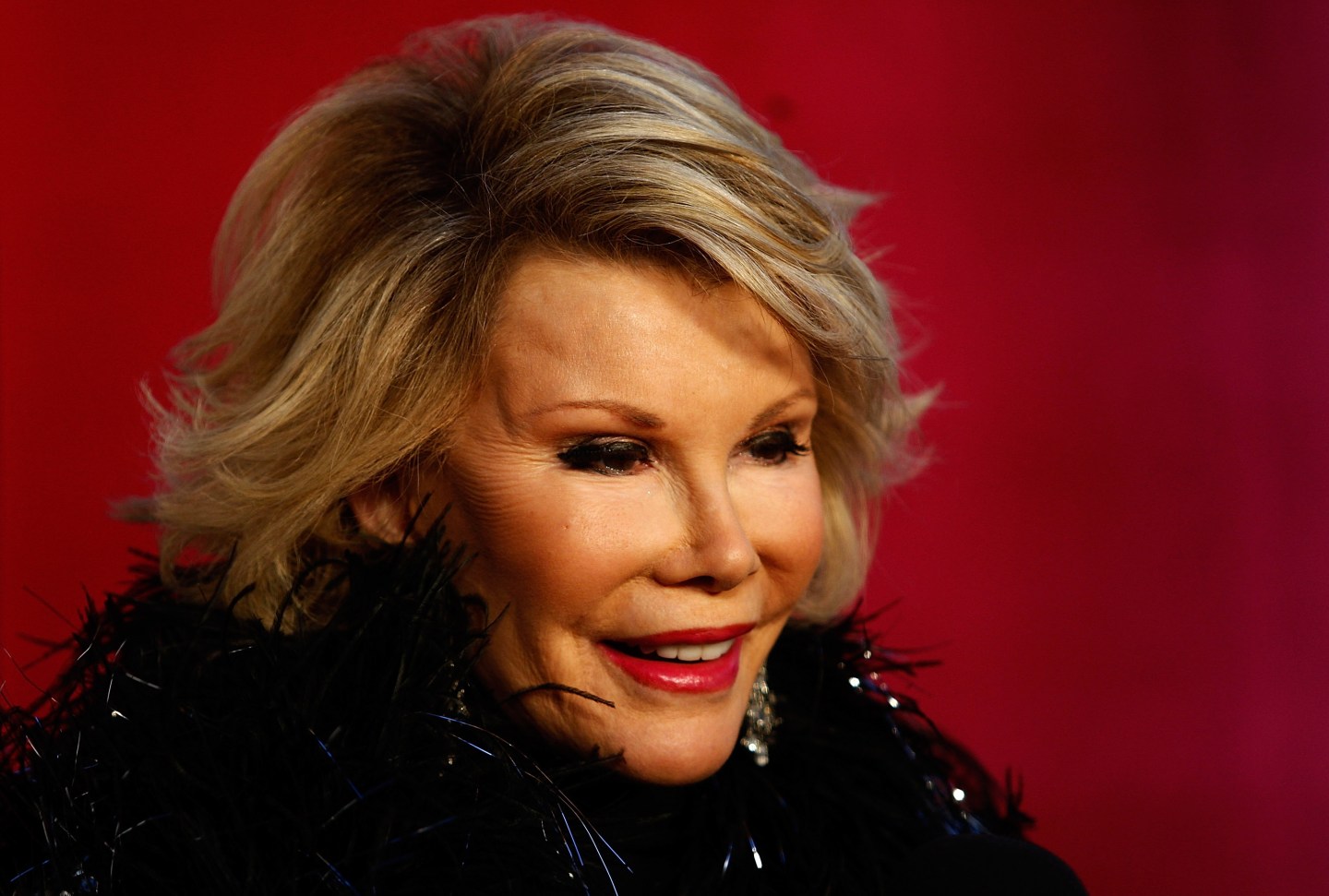 Fans of the late Joan Rivers will have the chance to buy items from the acerbic comedian’s New York home at an auction later this year, auctioneers Christie’s said on Tuesday.

Pieces of art, jewelry, furniture, and clothing will be among the 200-plus lots from Rivers’ Manhattan penthouse on sale June 22, with starting bids from $500 to $200,000.

A portion of the proceeds from the sale will go to two charities, one to aid people living with AIDS and cancer, and the other to benefit guide dogs for the blind, Christie’s said.

Rivers, known for her no-holds-barred comedy, died in 2014 aged 81 following complications during an outpatient medical procedure. Her estate was left to her daughter Melissa Rivers, who memorialized her relationship with her mother in last year’s biography The Book of Joan.

Melissa Rivers said in a statement that the auction “offers a ‘through the keyhole’ experience for fans” of her mother, and “celebrates her elegance and collecting style.”

Highlights of the sale include a Faberge jeweled lily of the valley leaf piece starting from $200,000, a 1915 painting by French artist Edouard Vuillard starting at $120,000 and custom gowns made by Bob Mackie.

“My mother’s legacy as a much loved comedienne and philanthropist will be commemorated in this collaboration with Christie’s and her generosity to charitable causes is something I will continue in her honor,” Melissa Rivers said.