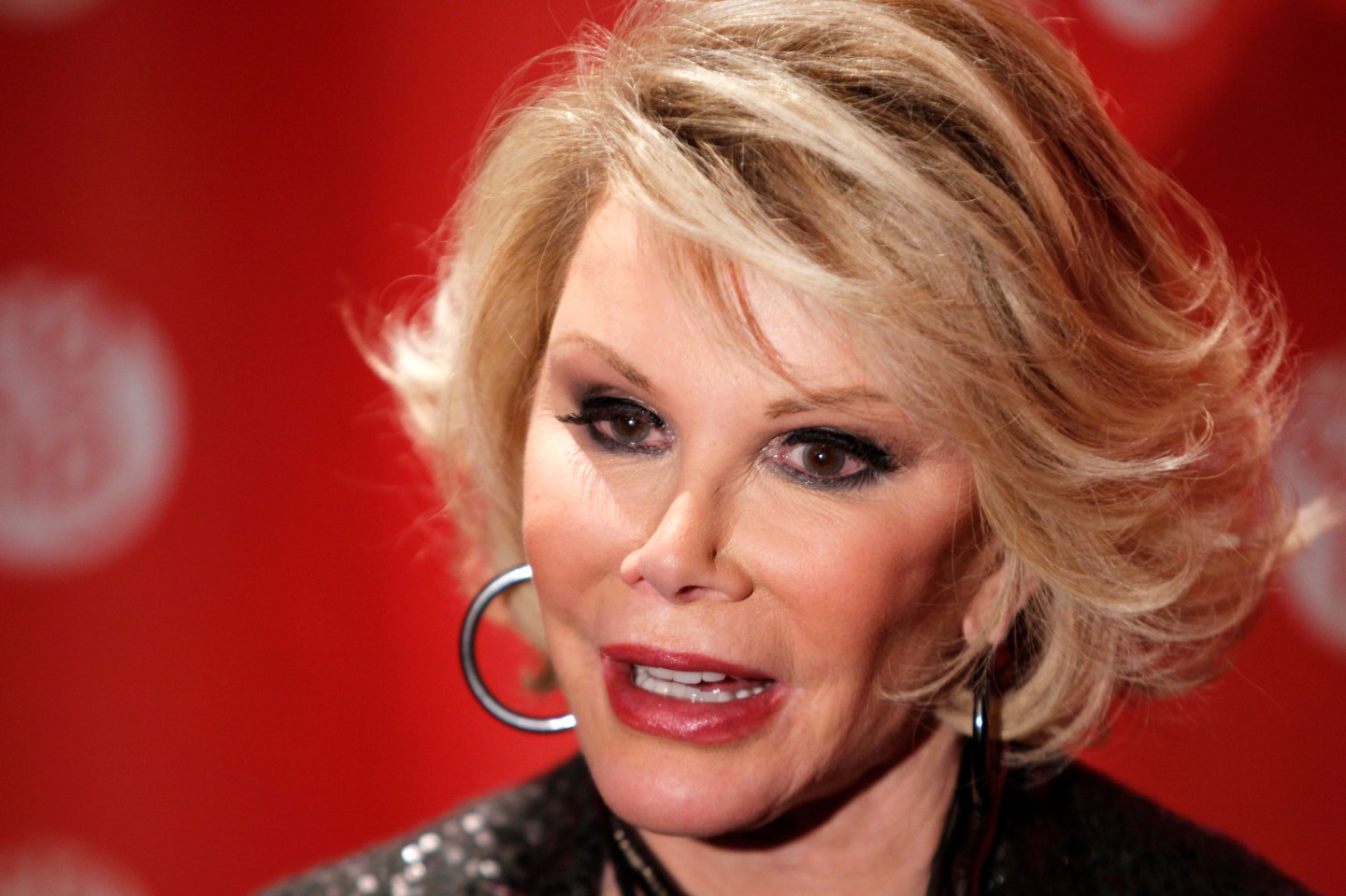 Joan Rivers, the entertainer, seemed to spend as much time on the QVC home shopping channel as she did telling jokes and critiquing celebrity fashion. For years, she ceaselessly hawked her line of jewelry, clothing and beauty products on television.

It worked. In 24 years of appearances on the channel, she managed to sell over $1 billion in merchandise, according to QVC.

Rivers died at 81 on Thursday after complications from throat surgery. To many, she’ll be remembered for her fashion legacy as much as for her comedy.

In the year before her death, Rivers sold an impressive 1.2 million products through the shopping channel. Over time, her line included over 6,000 items including brooches, scarves and dresses.

Rivers first appeared on QVC on September 29, 1990 as part of a three-hour premier of the Joan Rivers Classics Collection. To celebrate her fifth anniversary in 1995, QVC went all out by hosting an international simulcast celebrating the entertainer and her merchandise.

If Rivers had lived, she would have made her next QVC appearance on September 12 and then taken to the air again on September 26.

Rivers said during an interview with Bloomberg in March that QVC “has been so amazing to me.” With her signature comedic style, she spoke about the importance of the web for selling her products.

“We now do 27% through the Internet,” Rivers said. “No longer direct sales – which amazes me. They’re not even listening to me to say this is fabulous. They’re just going on there and finding it for themselves.”

Her signature clothing style featured bold patterns and big jewelry that caught the eye. Like her personality, there was nothing subtle about it.

Her big-sellers included the Pave Crystal Lovebirds Brooch, for $150 and the Starlet Style 20 necklace, for $112. Shoppers – or at least those claiming to be – inevitably left positive comment on the website about her products. For example, the necklace garnered a 4.8 out of 5 rating, including 98 five-star reviews.

“Joan Rivers necklace looks like a million,” one self-described shopper wrote. “Honestly. I can hardly wait to wear it.“

Rivers’ biggest one-day sales success was the Lavish Luxury Sequin Scarf. On November 19, 2012, she sold over 88,000 units of them.

Of course, Rivers’ success was also good business for QVC. How much money the company kept on each sale is unclear, however.

In a statement, QVC CEO Mike George said: “We are greatly saddened by the loss of our dear friend Joan Rivers. She has been a special part of our QVC family for 24 years, and we knew Joan not only as an extraordinary comedian, writer, producer and business leader, but as a generous and caring spirit, who inspired us to be better every day.”